I was pretty good at Blaster Master in my youth. Not great—I never actually finished it despite trying all through middle school—but it was a favorite among my collection of NES games, and one I still think of fondly. I was vaguely aware that the Blaster Master franchise continued after I’d left it behind, but I never really looked too deeply down that rabbit hole until the demo for Blaster Master Zero 3 appeared on my Steam feed as I selected titles for our 12-day extravaganza. Turns out that not only has Blaster Master lived on, but it’s still alive three and a half decades after I ejected my venerable cartridge for the last time.

Obviously it had to be one of the games I’d try out. How often do you get to revisit a beloved childhood icon and see how it’s doing for itself?

Pro: it’s clear that Blaster Master Zero 3 is basically still Blaster Master. Same lead characters, now surrounded by a sprawling cast of new names. Same mechanics, now enhanced with decades of additional complexity. Same lore, involving a kid named Jason (now grown), his pet frog (not sure if it’s a very decrepit frog or if Jason got a new one), and an experimental super-tank called S.O.P.H.I.A. that somebody left parked in a cave near Jason’s childhood home.

Not pictured: Fred the frog.

It shouldn’t come as a surprise that I barely managed 35 minutes of Blaster Master Zero 3 before the pain in my hands went from merely excruciating to something best described as a true harmonic miracle of agony.

Given that Blaster Master was such an important game in my childhood, I thought I’d have a lot to say about this demo. But all I really can say with certainty is that my hands hurt, and I am old. Video games and anime tanks may never die, but middle-aged gamers develop osteoarthritis. 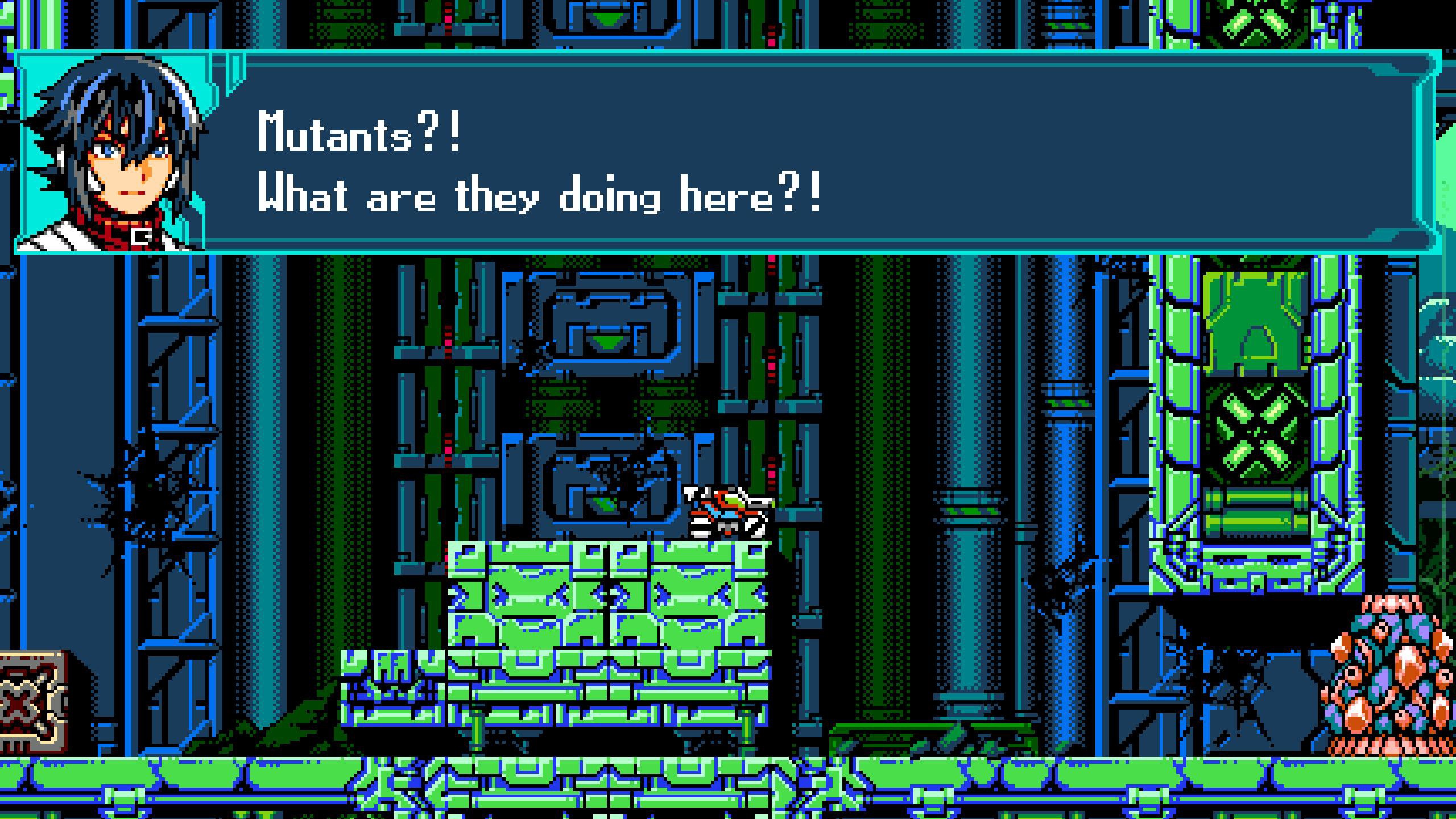 The story of the original Blaster Master is as follows:

Eat your heart out, BioWare! 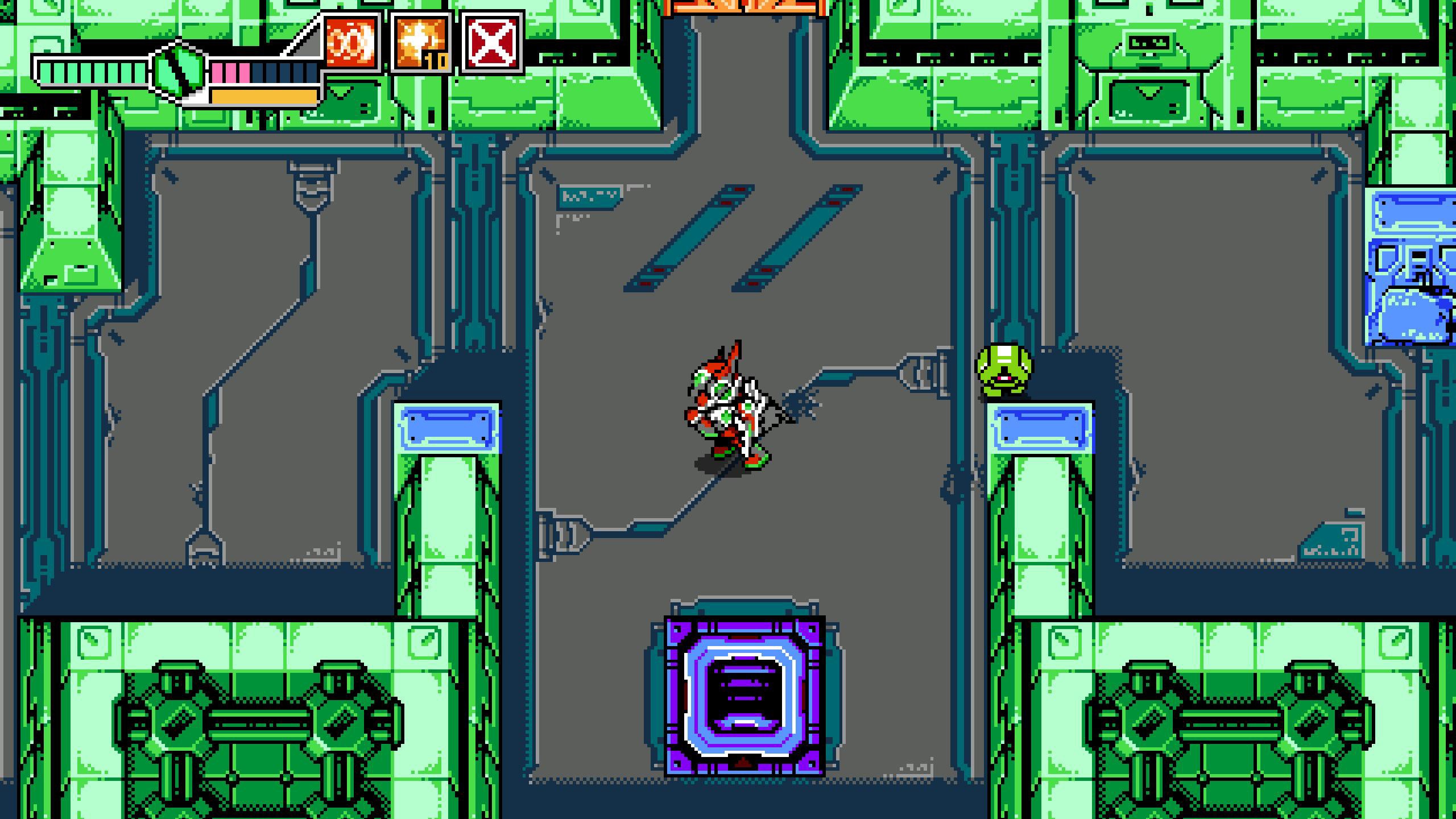 One of the cool things about the Blaster Master games is that you need to get out of the tank and explore on foot from time to time, switching to a top-down view and putting Jason’s squishy human flesh in grave danger.

I’m not sure how many Blaster Master games have come and gone since the first. My guess is at least a million, because though the Zero 3 demo tried to bring me up to speed on what’s happened in the Blaster Master cinematic universe, I got lost by the fourth page of text. Here’s what I was able to piece together:

That’s it. After that I just hit B and went to the main menu, because the recap was showing no sign of winding down. (Another update: BlasterMaster-Zero.com indicates that G-SOPHIA is a new tank, not the same one Jason stole borrowed in my NES game. No word on the fate of the original)

Then the game started, and I learned just how old I really am. 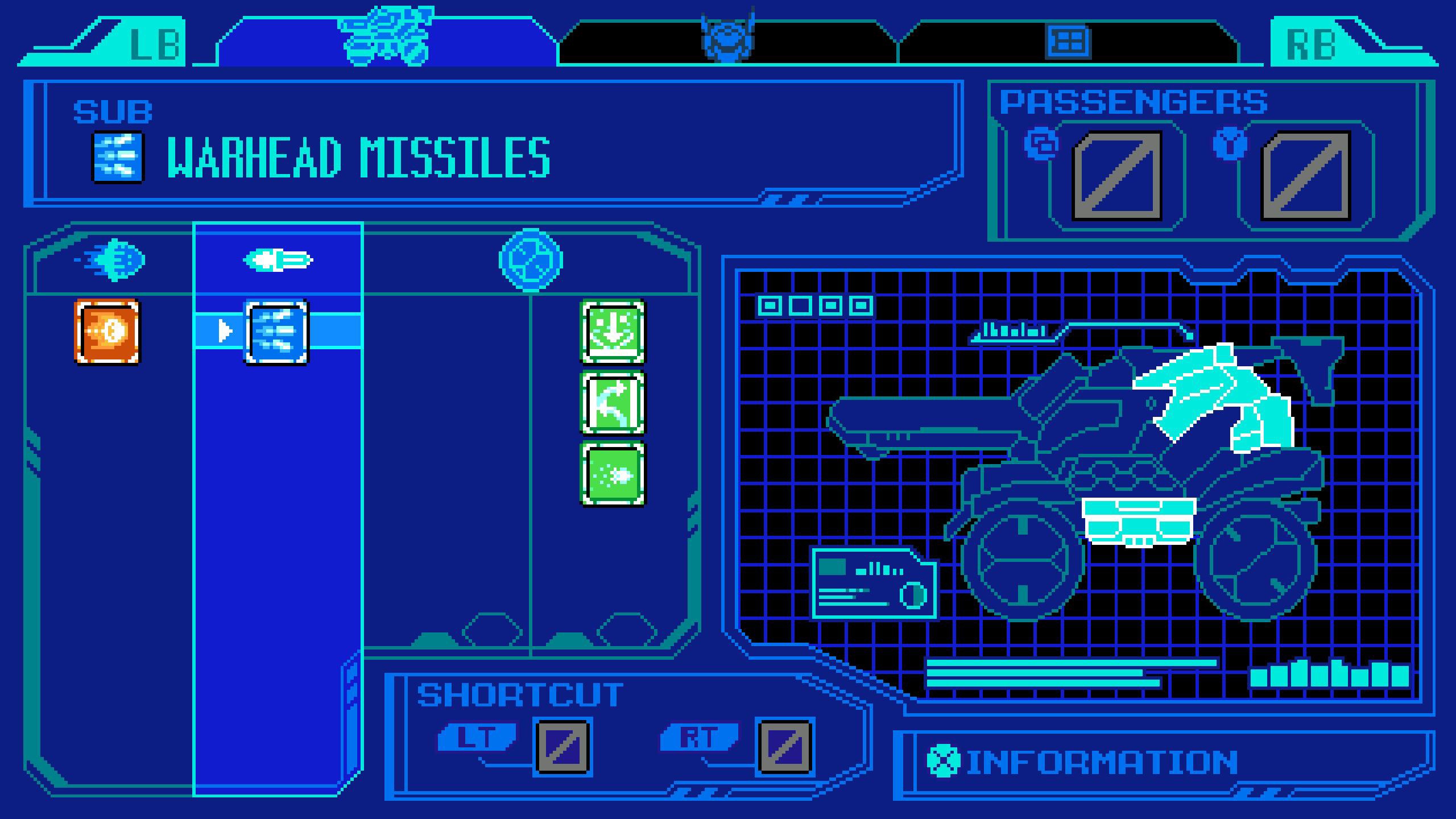 SOPHIA can fire a three-rocket spread to take down tougher foes. Not that I could hit anything.

I can’t say much about the demo because it physically hurt me to play it. Blaster Master Zero 3 looks like a lot of fun, but it’s definitely a young person’s game. A game for someone with speedy reflexes and young knuckles. Not a game for a doughy 46 year old who never even finished the original NES cart. 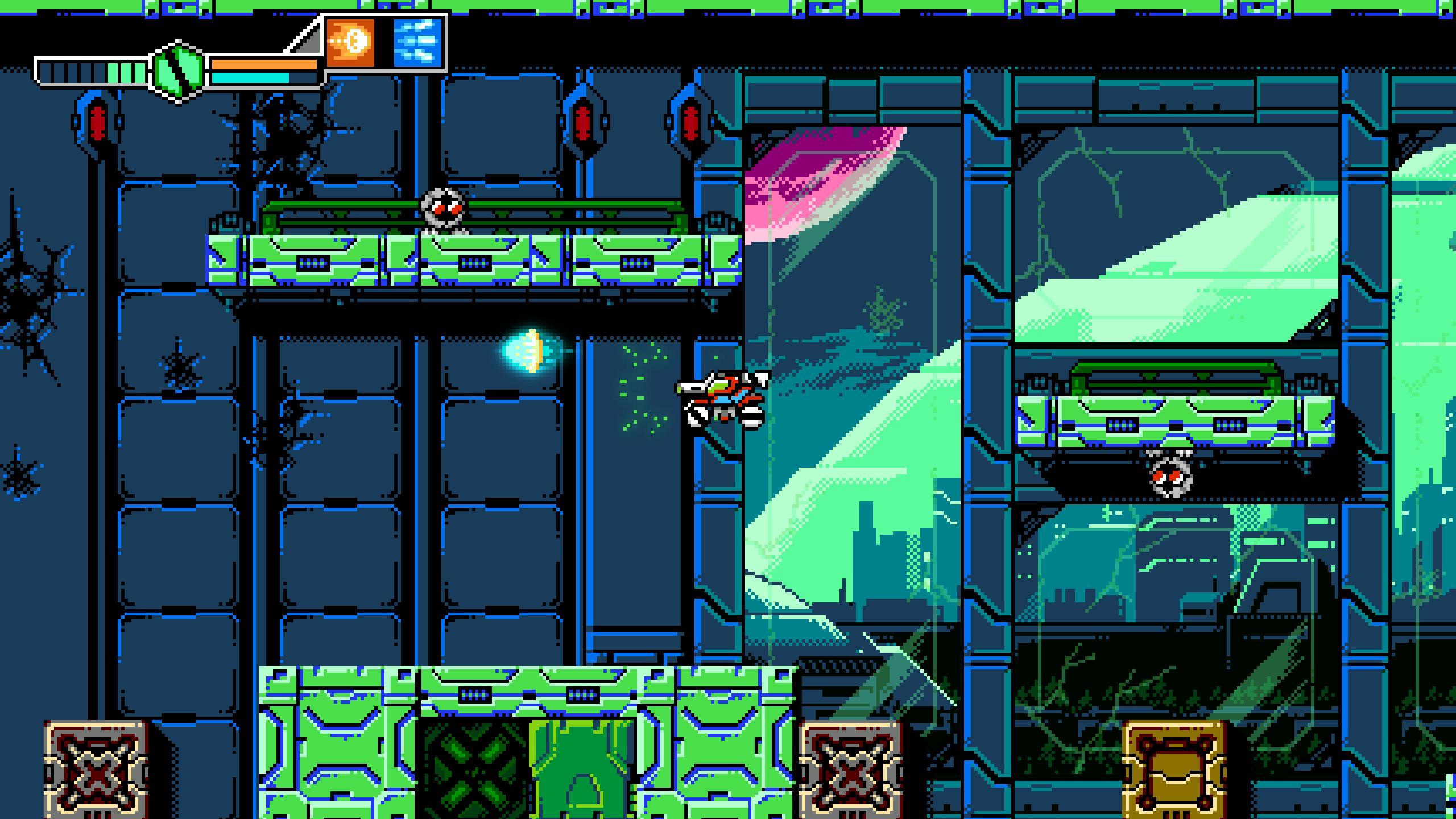 Blaster Master levels all have a unique visual style, which helps you navigate the big nonlinear game world. Everything looks identical in these shots because I couldn’t make it past the first area.

I’d really like to play this game, because everything about it brought back memories of the original. The bright 16-bit pixel art, the peppy chiptune soundtrack, and even what little I saw of the level design seem perfectly, powerfully faithful. I could even get into the story, I bet, as overwrought and absurd as it’s clearly become, because it’d remind me of my childhood.

But you can’t go back, I suppose. Most of the games I downloaded for our Dozen Days of Demo are WASD shooters and management sims, with maybe the odd RPG tossed in. I’m delighted to discover that there’s still a place for games like Blaster Master Zero 3, and only a little disappointed that it’s not a place I can go. For the rest of you, give it a try and let me know how it works out with Jason and the frog and tits robot and the tank and whatever else the hell is happening.

Blaster Master Zero 3 is developed and published by Inti Creates. It will be released on PC, Switch, Xbox One/X/S, and PlayStation 4 on July 29.