So a couple weeks ago I’m minding my own business when the email dings – it’s a rep from the New York Film Academy’s School of Game Design, asking about the possibility of one of their people doing a guest piece. Technically it was from their marketing department, which always makes me suspicious since I get about eleventy-five of those a week and eleventy-four of them wind up trying to sell me Cialis™, which I’m told is for Whenever the Time is Right®. Every now and then I bite though, which in this case was a great thing since it turned out to be both legit and totally worth it.

Thus do I introduce Iron Man Mode Blog Overlord, freelance writer, Guitar Hero master, and NYFA staffer Zeke Iddon, who for reasons soon to become clear is slightly less than overjoyed to share with us his feelings on Tale of Tale’s latest nongame Bientôt l’été, which I just know is going to mess up the site’s text display. Despite the pain, he even made us a video. You gotta watch the video, it’s freaking awesome.

As is convention for most, I usually try to discuss a game objectively before giving my subjective summary of it at the end of the review. But as a disclosure of interests, I admit that slight biases sneak in whenever I’m writing up small indie games, or at the very least I try to give them a few more concessions than I would an AAA title.

So that’s what I planned to do here with a little indie arthouse game called Bientôt l’été, but unfortunately I learned very early on that the title translates loosely as ‘A Steaming Pile of…’

Bientôt l’été is an arthouse game by Belgian developers Tale of Tales, probably most recognizable for their 2009 game The Path.

The game, which is currently priced at $10 on Steam, starts off by putting you control of a nameless protagonist on a surreal shoreline. Your primary goal – while walking up and down the shoreline – is to try to avoid thinking about all the other things you could have spent that $10 on.

Gahh, sorry. I tried, but I just couldn’t keep it up.

I promise this post isn’t an exercise in spleen-venting just for entertainment’s sake and I will get onto dissecting what little gameplay Bientôt l’été has to offer. In fact, I really wish I could be nice to the game but there are two very unforgivable issues here.

Firstly, we’ve all been treated to some fantastic art games recently, so much so that it has put the arthouse genre back in vogue. Proteus lit our fires, Journey got us hot under the collar and Dear Esther… was… er, lovely. 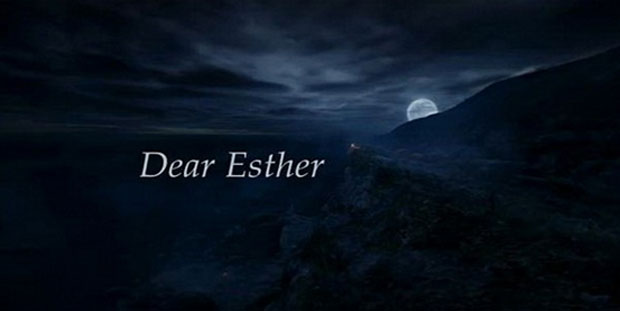 That Bientôt l’été is a such a disappointing experience isn’t so much a personal gripe, more that it’s a kick in the teeth for a genre already suffering from dental cavities; anyone who is just recently coming round to the idea of art games could be turned back by an experience like Bientôt l’été. For critics of the art game genre, the thing is just pure ammunition.

But the main issue is that there’s a massive disparity between what the game is trying to be, and what it ultimately is…

So Art-House it Hurts. Badly.

According to the Tale of Tales website, the subtext behind Bientôt l’été (which isn’t actually expressed within the game itself) is that you’re a lonely astronaut using a holodeck to interact with a lover separated by vast space and time. Within this digital world, you’re treated to an idyllic stroll across a visually stunning beach. As the waves roll in, cryptic messages from your lover fill the screen. The only thing you can interact with in any real sense is a small house – walking into it, you get to play chess with your lover, smoke cigarettes, drink wine and exchange the cryptic messages you learned on the beach. 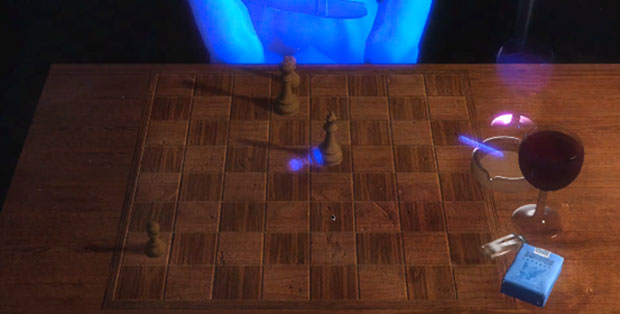 That’s the idea, anyway. In reality, there’s nothing to do on the beach, the “chess” games are entirely nonsensical and nothing is ever revealed (or built upon) through the melodramatic phrases which pop up at random. You walk away from the chess games having no idea what you’re supposed to achieve, leave the house and step onto the empty beach again. You quickly remember that there’s nothing to do out there. 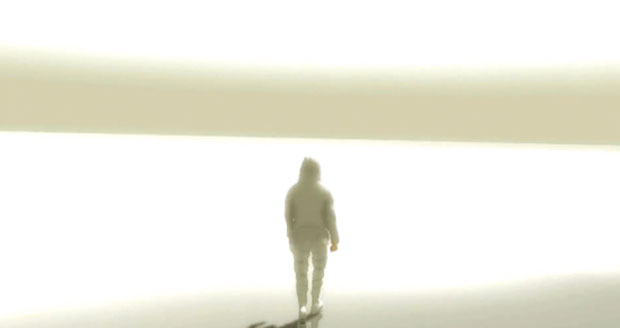 That Cannot Be It

I’m afraid it is.

There really isn’t much more to discuss in terms of the gameplay, but I appreciate that might be a bit frustrating for you reading this as it was for me playing it. If you’d really like to see it in action, I uploaded a gameplay video partly for this review. As it was my first ever time playing the game, it’s painful to look back on how excited I was to get into it. I get to rage-quitting point in record time:

There are probably a few people who would accuse me of not spending enough time exploring the game. I would refer to such people as ‘probably mental’, but at the same time I imagine that there are tiny nuggets of symbolism and meaning to be found within Bientôt l’été. Unfortunately, I’m not willing to walk at a snail’s pace across a mile-long beach to find them.

The work/reward ratio just isn’t there, to such an extent that it makes you wonder if the developers have ever played a normal game for reference. I’ve had the honor and pleasure to work with a certain game design school over the last few months, and wasn’t surprised to learn that one of the first things they teach is how to challenge a player without generating unbearable frustration. So even on a very fundamental level, Bientôt l’été fails.

Credit where It’s Due

It’s a fairly good-looking game. Although… nope, I even retract that.

It’s fine on a surface level, but its veneer of beauty is undermined somewhat by dated textures and odd instances of polygon clipping. In addition, I actually wonder how beautiful it would really be if it weren’t for the filters that seem to have been lazily thrown onto it in post production.

Don’t get me wrong – I wasn’t expecting Bioshock Infinite, but these are not good observations to have about a game whose strongest card is supposed to be aesthetics.

Another design-related face-palm is delivered less than a minute into play. Apparently the phrases which pop up on the beach are of great significance so it’s important (for reasons never revealed) to pay attention to them. If you can read this white-on-white text, you’re a better man than I: 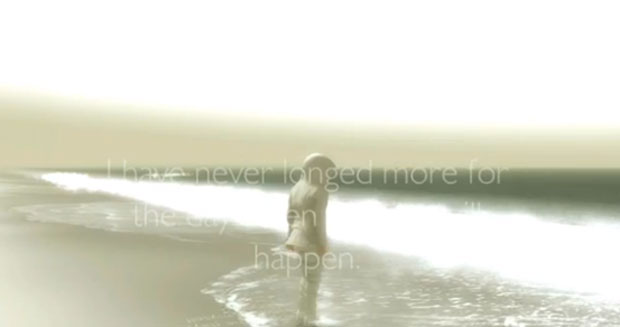 But hey, at least the music’s relaxing?

The Red Flag at the Beginning

From the off, the game itself warns players that Bientôt l’été should not be played to be won – it’s an exploration experience in which soaking up the atmosphere is the only real aim. That’s fine, and I get that. The aforementioned Proteus instantly springs to mind when you see the preface, and that was utterly marvellous.

Same with Journey and Dear Esther. But the difference is, none of those other games take great pains to point this out to you. Bientôt l’été, on the other hand, wields the preface like some kind of shield: “I know there’s no content here. I said that. If you don’t enjoy it, it’s your fault.”

And that’s what really grated on me. I spent a long time walking around feeling rather stupid that I wasn’t ‘getting’ it. This was followed pretty quickly by extreme annoyance at the realization that there was nothing to ‘get’. I know Tale of Tales’ work isn’t for everybody, but this probably isn’t for anybody.

While Proteus had more sides to it than a Coke can, Bientôt l’été is painfully one-dimensional and harkens back not to Tale of Tales’ great title The Path, but more towards their very early work…

…They originally made screensavers.

Zeke Iddon is a professional writer whose gaming experience goes back as far as his debilitating phobia of owls, which he doesn’t like to talk about. He grew up in the freezing wastelands of northern Tamriel, otherwise known as ‘England’, and had his future (including popularity at school) forever shaped by the fact that his father ran a video game import business.

Since these humble beginnings and the completion of his writing BA degree , Zeke has skyrocketed to such lofty heights as ‘running a charity game blog‘, as well as earning a place in the Guinness Book of Records in 2010 for playing Guitar Hero for over 24-hours straight. While he continues to game for charity frequently, he works in a professional capacity for the New York Film Academy’s game design school where he proudly serves as a lead consultant and writer.

If we’re lucky and well-behaved Zeke might hang out and respond to questions or comments. Or possibly gentle sympathy. Thanks for the piece, good sir!