The new Neverwinter MMORPG is in open beta starting today! I mentioned when I was in the closed beta that I had some additional coverage to offer, so as part of the beta announcement, I’m going to share with Tap readers a Q&A that I did with Craig Zinkievich, the Executive Producer. I had a few pre-beta questions for the developers about Dungeons & Dragons lore, classes, and character customization plans. Those answers for you, after the jump!

AJ: First of all, thanks for any answers! I’ve gotten a few questions about Neverwinter since I wrote about it last year, and I’m a big D&D fan…

So, to start: I’m someone who plays a lot of 4th edition D&D, and I noticed that some aspects of Neverwinter have things in common with 4th ed D&D in particular. Is the game still using some 4th ed encounter terminology? If so do you think there’s going to be some players who complain about that? (This is just me being curious as someone who has really liked 4e.)

Zinkievich: We’ve used 4th edition as inspiration for the game. So you’ll see a lot of 4th edition specific terminology scattered throughout the game. But we’ve tried to stay true to D&D throughout all its editions.

AJ: How will Neverwinter be utilizing the setting? Is it just locations, or will some fan-favorite characters from the Forgotten Realms make appearances too?

Zinkievich: Players will definitely be running into locations famous in other Neverwinter games, but also locales just barely mentioned in the lore. I’m not sure people will run into the same fan favorite characters as before, after all, a lot of time has passed.

AJ: And, tying in those first two questions, is Neverwinter specifically pulling Forgotten Realms from the 4th edition timeline?

Zinkievich: We’ve worked hard with Wizards of the Coast to bring Neverwinter alive. We’ve looked back at the previous games for lore and also worked with Wizards’ resident storytellers to bring Neverwinter up to speed. Over a hundred years have passed since the Neverwinter Nights 2 and a lot has happened. The goddess of magic has been murdered, which resulted in a planetwide catastrophe called the spellplague. Nations fell. Monsters rose. The once great city of Neverwinter has suffered mightily in these past few decades; players can catch up by reading the great Neverwinter trilogy by R.A. Salvatore. A new noble is trying to rebuild the city – with the players’ help. 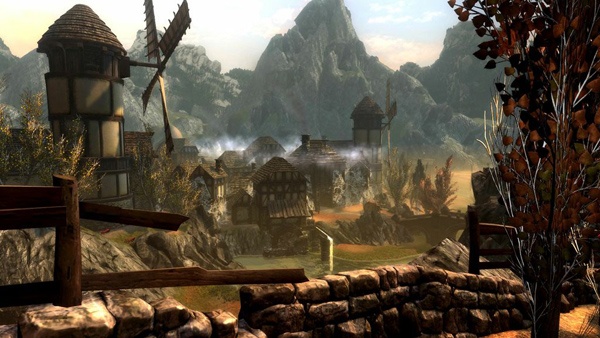 AJ: Were D&D mechanics changed a lot to support action combat? How do you handle the transition between D&D turn-based to full action?

Zinkievich: I think the key difference is that there’s really no “to hit” roll. If a player swings his sword and he’s close enough to his target, he hits. That’s the biggest mechanical difference to the game. I think the numbers are also vastly different than standard D&D (for example, the game goes up to 60 levels, rather than topping out at 30).

AJ: What can you say about character building right now? The game allows certain class builds such as “Trickster Rogue” for example. Are there other builds of Rogue happening or is that all still in secret?

Zinkievich: There’s a ton of variety within each class. The Trickster Rogue, by the selection of his attributes and powers, has roughly 4 types: 1) the stealthy rogue who attacks from nowhere 2) the burst DPS whose all about the alpha strike 3) the control rogue, who distracts and confuses targets 4) the sustained DPS rogue – who continually dishes out damage. Now we’ll be constantly adding classes with every expansion we do to the game (we’ve got plenty planned already).

AJ:  One more character question: customization of characters physically has been addressed on the dev blog. Is Neverwinter going to allow players visual customization of their gear? Or is gear “what you see is what you get”? I like it when my armor matches, even if I’m missing a piece or something.

Zinkievich: We’ve got two different systems for visual customization. First, players possess several fashion slots. Players can put into these slots items that are purely visual. And with a flick of a button, a character can flip from his gear to his fashion items at any time.

The second system I’m particularly fond of. Ever got a piece of gear that just fit your character concept? Or was just so memorable because of how hard it was to get? But then you outlevel it? Or find a better rank of gear? We’ve added a transmutation system that allows players to take the stats of one item and put it onto another. That way a player can keep the gear he likes the look of and never suffer stat wise. 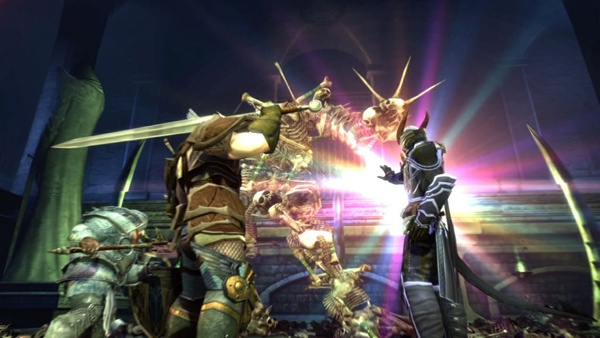 AJ: Dungeons and Dragons Online pulled in some Forgotten Realms content with its expansion last year. Neverwinter is of course a very different game, but can you talk about what you’re offering that’s different from the older D&D game out there? Do you think some players will want to make the switch? (Or is it not really a concern, more about getting new players interested in the Realms and the game?)

Zinkievich: I’d say our two main differences are action combat and user generated content. These are two things we set out to do that would be unique not just to a D&D MMO, but to MMO’s overall. Of course, DDO is explicitly 3rd edition and we’re inspired by 4th edition, but for some players that might not be apparent.

AJ: One of the things I am most excited about with this game is the user created content. Is there anything you can say about that system right now? Will I be able to make dungeons for my friends?

Zinkievich: You can make dungeons – even campaigns – not just for your friends, but players across the world. And we’ve got a way for people to hook their quests into the Neverwinter world! I can’t wait to see the stories that get told.

Thanks again to Craig Zinkievich for answering my questions! Neverwinter is in beta… right now, so if you’re interested in seeing it for yourself, jump on in from the Neverwinter site.