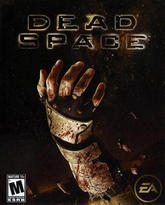 “Dead Space had no need to cater to an expected “mainstream shooter” audience. It had enough unique tricks that could have made it a wholly altered experience. Unfortunately it comes out bland and carbon-copied”

Your eyes are not deceiving you, this is not a hyper-advanced review of Dead Space 2. I’ve taken my time with Dead Space, and perhaps that is an understatement. Sometimes you sit down to engage in a particular experience, and whether you’re minutes or hours into it you realize this isn’t the right time. The initial release period of the aforementioned simply was not compatible with my life at the time. I knew I would get to it eventually, of course, though nearly two years is borderline hysterical, no? Suffice it to say, we’ll call this one a “Revisit” then, eh?

Given my timing I don’t expect to receive any threatening telephone calls from EA regarding the forthcoming chastising. I hear they sold a few copies and even green-lit a sequel, so I’m not out to change minds here. No, my reasons follow thusly. First, I’d just really like to talk about the game that was Dead Space. Second, it has been dissected thoroughly here at Tap-Repeatedly and I think there are many good reasons for that, several of which I intend to delve into.

To briefly recap what most readers will already know: Dead Space begins with the now-standard Half-Life “train ride” introduction; the cutely named Isaac Clarke— our player character– gazes out the giant hull-compromising-but-pretty glass window of the USG Kellion. Your starship is en route to investigate a distress signal received from USG Ishimura, a state-of-the-art “planet cracker,” you’re told. Kellion docks aboard the massive Ishimura and from the get go several things are clear: Isaac isn’t leaving the way he came in, some serious violence has already occurred, and to top it off your two non-redshirt companions, Kendra and Hammond, dislike and distrust one another.

If that doesn’t sound like the generic setup of every shooter/faux-horror game you’ve ever played then just call me an electric monk and paint my horse pink.

The Way Out Is Through

My first encounter with a “necromorph,” as they apparently prefer to be called, frightened the living shit out of me: despite my obvious expectation for all the fun I was having to go awry I was overcome with a surge of adrenaline and just ran. In a most classic horror convention the developers here forced me to hurdle forward with nary an opportunity to look over my shoulder. And here we come again, to that funny little thing we humans possess: imagination. I had only a shadowy glimpse of my predator before frantic descent into the belly of Ishimura. For that short moment, fully immersed, I felt fear. On the power of imagination, a quote from an article Scout wrote last year:

“No, it was the allure of that dark underground world unfolding before me, a world  that captured my imagination despite a total lack of graphics. Simply put, Zork engaged me. I was able to use my imagination in an entirely new way.”

This could have been one of many avenues Dead Space chose to travel: the horror and magic of imagination.

Instead, I found a gun. A plasma cutter, actually. Whatever its intent it was a convenient and oftentimes comical tool of dismemberment. This plasma cutter replaced my fear with swift discrimination: “cut off their limbs,” explicitly writes an evidently deceased crew member, in his or her own blood. “Thank you for your departed wisdom,” I say to myself as I saunter off with newfound blood-lust. Each monstrosity from that point onward met its agonizing demise at the three laser points of my appendage-disintegrating tool. Fear was their only weapon, and in the end (or rather from the beginning?) it was bested by mine: total annihilation.

If their only weapon was rendered inert by my own, why, then, did they exist at all? They were hardly an obstacle. Nor a device of any sort. What purpose did they serve? I may as well have wandered through a derelict ghost ship. Dead Space, then, is an aptly titled game: if this space wasn’t already lifeless surely it will be after our protagonist takes residence.

That brings me to my central question: what is the point? Yes, what is the point of all this, of Dead Space, a “survival horror” game, if not to elicit fear, horror and the struggle for survival? We know it can be done, just ask the B brothers. It becomes apparent quickly, however, that this is not known to EA Redwood, who instead specialize in gore mechanics and foot-stomping decibels that would put Spinal Tap’s amplifiers to shame.

They also lack subtlety. In almost every chapter Dead Space is comparable to Doom 3, not in a good way. No, rather in the monster closet way. Each corner turned, each door opened, each vent passed, Isaac is likely to encounter a “surprise!” jumping moment when some creature shrieks and lunges out from behind something. It’s disheartening how often this happens. So many times you might think you are truly alone, allowing the creepy atmosphere to set in on you, only to have that shattered by droves of attacking necromorphs. I understand that “AAA” titles rely on a conflict-resolution model to progress, nay, carry their game-play, but this is where my major disappointment with Dead Space lies. It had no need to cater to an expected “mainstream shooter” audience. It had enough unique tricks that could have made it a wholly altered experience. Unfortunately it comes out bland and carbon-copied; Doom 3.5.

For each moment of true awe and enjoyment in Dead Space there were several more to water it down: a gripping spacewalk followed by an idiotic asteroid-shooting mini-game; a moment of poignancy in a zero-gravity battle in a vacuum followed by half a dozen mundane fetching tasks. By the latter stages of the game things have quite literally devolved into repetition, as sections of the ship are revisited over and over until you finally leave it for the final chapter, which by the time it comes is almost a welcome reprieve, except that about 90% of it still takes place in corridors. This brings up another question for developers: if you run out of ideas what does the player gain from recycling them to artificially extend the experience? Dead Space is yet another added to my list of games that are too long.

I try to picture a different game released, barely recognizable to what we actually have in Dead Space, and I see a game maybe half the size, loaded with every good thing we have. I wonder if it could have received near-unanimous critical praise had it dared to be an entirely different game: instead of being almost completely about shooting the arms and legs off of creatures, what if it were a mostly barren ship; maybe still littered with some journals and audio logs, but for the most part a truly silent ship. What if the bulk of the experience was made up of the brilliant vacuum/spacewalk and zero-gravity sequences? What would be left, I’m willing to bet, is a tight and memorable experience, no filler, and something to be talked about for ages, going down in the annals of gaming history as a bold and daring showcase. Instead: EA Redwood filled the in-between with more of the game’s namesake: dead space.

It Is What It Is

As it happens, Dead Space is sadly just another shooting game, so it must hold up against similar experiences, and it doesn’t. The experience is so poorly paced that I never found myself able to become truly involved and wrapped up in Isaac’s journey. I found truckloads of ammunition for all kinds of weapons, despite needing to use only the first one I found, and I found enough for that one that I was never even close to being in danger of running out. That’s a huge deal breaker in a game that’s supposed to have you on your toes at all times.

It also doesn’t help when you have  non-cohesive major plot lines, such as Isaac’s girlfriend, Nicole, and the possible revelation (I say possible because it’s not even made clear, to be sure) of her non-existence. There are many conspiracies and cover-ups so things become convoluted in the end. The only story aspect I found fascinating, and can only hope is expanded upon in Dead Space 2, is that of the religious cult of Unitology. There is indeed potential there to parallel some real world religious cultism and the like; that is a deep well always ready to be examined.

The final problem I have with Dead Space is the protagonist himself: Mr. Clarke. I find it absolutely ridiculous that he doesn’t speak. He is spoken at so many times that it just begs for him to have his own voice. Especially the sequences with Nicole. This guy writes in his journal how desperately he must find this woman, yet when he does he just stares at her as she talks at him. Okay, I realize maybe there is a whole Fight Club thing going on here between the two of them, but shit, can’t he talk to somebody?! Certain folk can get away with this; folk like Gordon Freeman. He doesn’t need to say anything: he knows his mission, he knows he’s a wickedly talented science-type-guy, and he has a crowbar. The Free Man oozes personality simply through those around him. Go ahead and disagree with me, you’re wrong. Isaac Clarke, however, desperately needs a fucking personality. He doesn’t have a mission: he just has orders barked at him, and I don’t understand why he doesn’t feel the need to make a few quips like “what are you guys doing?” or “what’s the plan?” or “fuck this shit, folks, I’m going to find an escape pod and jettison my ass into a nearby star.”

If I take one thing away from my experience in Dead Space, it is that therein lies flashes of brilliance, but we must properly criticize developers to help them understand what can make the difference between a merely good game and an unforgettable one. To my eye there is an endless list of improvements this game (now franchise, I suppose) could receive; elsewhere, I look around and see sycophantic levels of praise with little thought given to perfect scores thrown at an honestly mediocre game. I look forward to how future installments are received since sequels tend to be judged more harshly, as a rule.

To end on a friendlier note, it’s a positive sign that development of the sequel was tasked to Visceral Games, the creators of Dead Space: Extraction, which from my understanding appears to be a much more coherent venture. Dead Space 2 is set to release in the winter of 2011, so expect my review in the summer of 2013!

Email the author of this review at xtal@tap-repeatedly.com