As in “things Japanese people are pissed about.” Rock, Paper, Shotgun ran this and I just have to pass it along. Those are Japanese people holding signs written in Japanese complaining about Japanese roleplaying games and how they’re linear and stuff. Whole image follows. 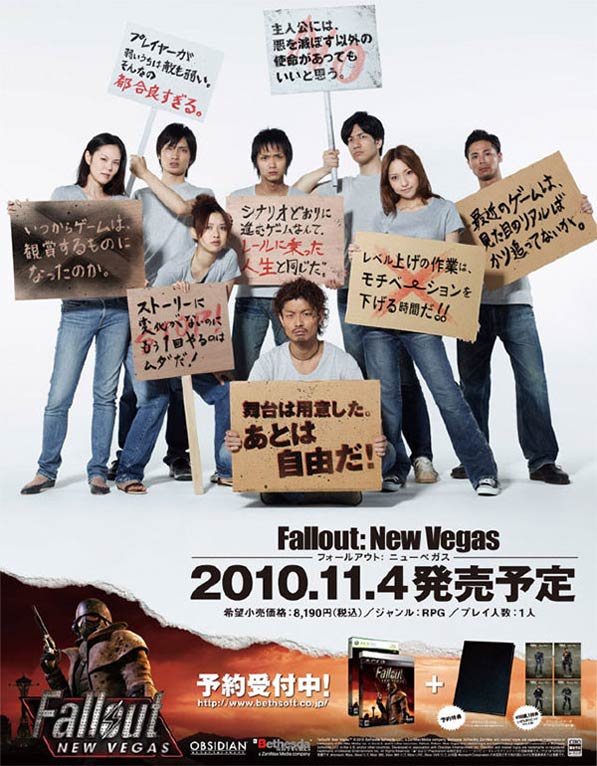 Now, call me crazy, but I’m not sure the fact that the world of Fallout: New Vegas is open and nonlinear is going to be that much of a selling point to a nation THAT WE DROPPED ATOM BOMBS ON.

Of course, Medal of Honor: Rising Sun did fine in Japan, so maybe time has healed the wound.