I played a bit of Alpha Centauri when it was new, and, more recently, I’ve played a fair amount of Civ V. But I’d hardly call myself a 4X-Expert. All said, I’ve probably spent more time with the last act of Spore than with any other space strategy sim. But since I’m one of the few Tap-Repeatedly writers who is generally positive about the possibilities of Steam Early Access, I thought I’d give a new indy strat sim a try this month. This is Horizon, a 4X Strategy Space Sim by Canadian based team L3O Interactive. I’m not very good at it yet, but I’m getting there.

If you know what a 4X game is (explore, expand, exploit, exterminate – yeah, I did have to look that up to be sure I had it right) already, then you’ll likely be familiar with this game’s structure. The object of the game is to conquer the galaxy by means of meeting one or more set victory conditions. Along the way, you can colonize new planets to spread out the influence of human society, and build pleasure domes. (You know you want to build pleasure domes.) Killing all alien species is an option, as is a diplomatic victory, but the game also has a story mode where alternate victory conditions can be set by missions. The story mode is optional and can be toggled off for a more classic strategy experience.

One thing Horizon does well is atmosphere. Alien designs are imaginative, and there’s a nice video payoff whenever I encounter a new species, or settle a colony on a new planet. There’s a learning curve here, too, of course: it takes  a while to remember which aliens are which. (At one point I got an alert that the Valerians were firing on me, but I could not remember which ones those were. You can imagine my mad scramble.) The disposition of alien races can be customized, though, so if you really want, you can set them all to be a bunch of pacifist agriculturalist weenies and then stomp all over them like Godzilla. (In practice, don’t do this: it makes the game a bit too easy, but, if you’re just learning it’s handy.) 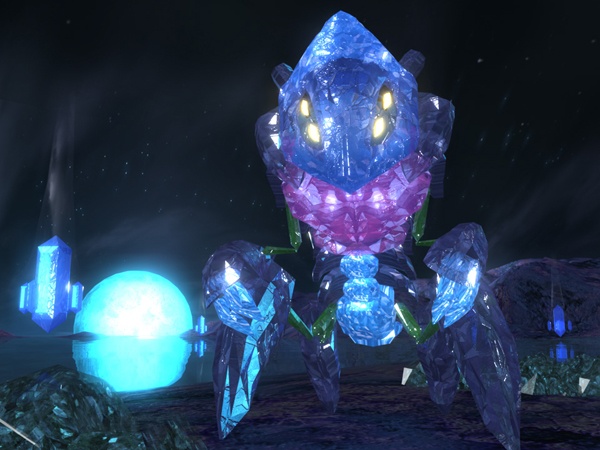 Confusion is mitigated somewhat in this title by an interactive tutorial, which explains most of the game’s dense interface and turn structure. The tutorial will guide a first time player through a set of opening moves which, while instructive, are not necessarily optimal. This is probably why there is both an achievement for doing the tutorial and one for skipping it. After getting the hang of the game, I definitely wanted to restart Horizon and use those crucial opening moves a bit more wisely. The tutorial also doesn’t really discuss alien diplomacy, or explain technologies in much detail. It’s 2014, though, so what isn’t present in the tutorial and manual might be a slack picked up by the broader internet of forums and community wikis.

Horizon has interactive combat scenarios for those that want to plan out space battles manually. Combat can be set to advance automatically, however, and it’s hard to feel like taking direct control of a battle has much of a significant impact for me personally. It might be something that a more experienced player would feel confident about. One thing that’s interesting is that each turn in the game represents a year of galactic time. That makes some measure of logical sense, but makes war feel like an unusually glacial enterprise. (Captain’s Log: This year, I got into a protracted skirmish with the Tantik. Next year, more of the same.) 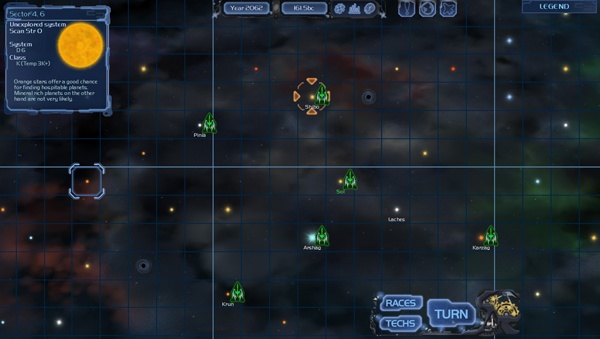 I’d be interested to see what someone who really loves 4X thinks of this title, so let me know if you try it out. Horizon is available on Early Access now, or, will be officially launched in February of this year on Steam.

Side by Side: Spirits Abyss