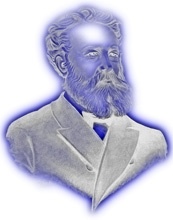 Part 1: The Wonder of Imagination

Every once in a while I get really irritated at those who criticize without the benefit of knowledge. It makes me wish I were God so I could force them to drop their pants, bend over and accept ten swats with a paddle (with holes drilled through it). Too often, the value of gaming is muddied because critics look at it through unenlightened eyes instead of learned, rational ones. The real wonder of gaming should be obvious…it stirs the imagination.

The Wonder of Imagination

Which of us has never let our mind wander while playing a game…thinking “what if?”

All games are the product of someone’s imagination, and if a game is full of new and different toys, toys that force us to grin, toys that raise goose bumps and sometimes toys that cause us to wet our pants, they stir us, make our cerebral cortices work overtime.  There are toys meant to amuse, toys meant to instruct, toys meant to kill; fact is, there is a toy for virtually any need, from guns that shoot out bolts of electricity or poison darts, to machines that read thought and control one’s actions.

Every one of those “toys” started out as an idea, a brainstorm, a blip in someone’s imagination.  Someone’s mind dreamt up that innovation.  It seems a universal truth that anything our minds can conceive, we are able to build or make a reality.  Think for a moment about nothing more than some of the weapons used in computer games.  Some are funny, some clever, most are frightening, but all started in the very same way.  Now think for a moment about the situations, the plots, created in a computer game and you’ll agree the most effective games are those that bear the mark of originality, of imaginative thought.  Originality comes from our imaginations and is the result of refusing to cope with what IS, instead striving to dream of what IS NOT.

Designers that use innovative weapons, or deal with a futuristic time in our life cycle, are really simply imagining a time that does not exist, a place that does not exist, heroes and heroines that do not exist, and creating “toys” for use in that imagined world.  People like that, those who look into the future imagine something that doesn’t exist and then create it, exhibit remarkable skill at “inventing” the future. The scary thing is the accuracy with which they invent the future.

Yesterday, their creation probably started in a writer’s imagination and became a novel or a short story.  Today, that creativity often starts with a computer game.  And, as the writer’s creation existed only on paper, the gamer’s creation exists only in the framework of the game.  But then who knows, maybe in 10, 20 or 50 years, the machine that reads thoughts and controls behavior will exist in reality.  The line between fiction, science fiction and gaming is pretty thin, easy to run back and forth without gasping for breath if one has a creative mind.  The fact is, most of what we have, use, play with and/or depend on, whether it’s your T-shirt or the iPod you carry around, was a vision in someone’s brain and only later, sometimes, much later, became a reality.

All right, let’s look at a few of history’s great story tellers and see if they can make your underwear bunch up.  I have been reading a book called Wired for War, by P.W. Singer.  In it he describes and discusses weapons systems that have been and are being created by our government.  To his credit, Singer recognizes the importance of the imagination of the writer for coming up with many of these innovations; and likewise, he recognizes the importance of the gamer by pointing out that our warriors of tomorrow will likely be those who can make a joystick sing like a finely tuned violin.  The fact is most of our innovation came from dreamers, those who thought differently than the rest of us. There are three dreamers that helped shape our world as it is, one was Jules Verne.

Everyone has heard of 20,000 Leagues Under the Sea, the novel by Jules Verne, but hardly anyone has heard of a book called Paris in the Twentieth Century.  Both books were written by Jules Verne in 1863 and submitted to a publisher.  The publisher accepted 20,000 Leagues but refused to print the other.  In fact, it was kept locked away and was virtually forgotten until 1994.  The publisher refused to publish it because of its “dark” nature.

Paris in the Twentieth Century, though it never received attention, is the more innovative.  It showed Jules Verne at the top of his imaginative genius.  In that book, Verne predicted changes in society that must have seemed absurd for the time: Skyscrapers of glass that reached into the sky, autos powered by gasoline, handheld calculators, world-wide communication systems and electronic music in a time when electricity was barely a gleam in our eye.  It is equally, if not more important to realize that he also predicted that all these innovations would be the result of crass commercialism that could lead us to financial downfall.  No wonder the publisher thought it was dark.  Kind of scary, though, in light of recent occurrences.

There have been three giants of imagination who dreamt about the future that didn’t yet exist.  Jules Verne was the earliest of these (born in 1828) and has been referred to as the “man who invented tomorrow.”   The second was H.G. Wells, who is often referred to as the “father of science fiction” and whose futuristic predictions border on amazing.  The third is Isaac Asimov; he dreamt up our robotic age and immortalized the three rules all robots must have built into their programming.  More on these two giants another time, but looking at it solely from Verne’s  point-of-view pretty well illustrates that the line between science fiction and the real world is only as strong as our technological growth.

In other words, Verne’s, Wells’s, and Asimov’s brilliant thoughts, while they made exciting reading, were considered ridiculous in their time.  The fact is they simply had to wait until the technology existed to make their imaginative dreams a reality…after all, at the point in time Verne was writing, the electric light bulb hadn’t been invented, nor had the motor car, nor had submarines that could approach 20,000 leagues, nor had calculators, nor had electronic music, and the thought of communicating with someone on the other side of the globe seemed totally absurd.  And the beat goes on.

So where have all the dreamers gone?  Well, they are still out there, and believe it or not, some of the very best of them are creating computer games.  Like it or not, kids, there is one heck of a link between literature, gaming, imagination and tomorrow…so, keep on truckin’; it also wouldn’t hurt if we all opened a book – or cracked a good video game –  once in a while!

Has the World Gone Mad