I could’ve predicted to you two months ago that this thing was going to be a sensation.

I could’ve and should’ve. I had the headline at least written, but then I got lazy and then I didn’t write anything. Then I played the game.

Let me take a step back: PAX West 2018 may be my last PAX West. Maybe for a while, maybe forever. I didn’t get a pass this year, and I’m skipping it for the cheaper and slightly closer DragonCon. DragonCon is in Atlanta, as is MomoCon, a con I stumbled into last year basically on accident.. This year, I’m going to go to MomoCon on purpose. I was on the fence about going, but the voice of Dante is going to be there, and… 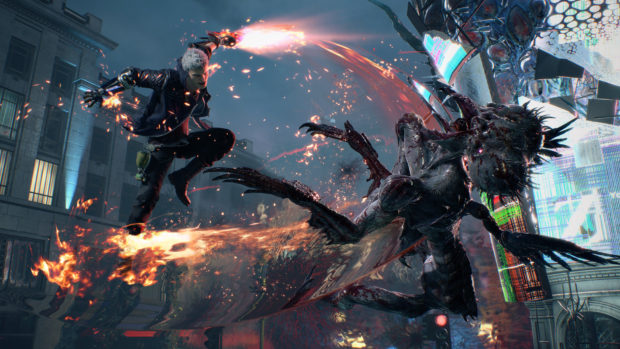 I’ve shouted this out on my stream a few times because it was funny. Of course when I was younger, my mom bought me my video games sometimes. During the PlayStation era, she had no problem buying Resident Evil for me. But when Devil May Cry came out, for some reason it was a bridge too far. Something about the “extreme violence” warning on the front of the box, or maybe the demon drenched theming, was a bit too much for her. Or maybe it was the fault of the hot boy in the tight pants on the cover.

It was years later when I had to buy my own video game for myself and let me tell you,

I am not very good at Devil May Cry.

Flash forward to 2018. It had been a while since I played the games; I skipped both DMC4, and the reboot, when they came out. The reboot didn’t review well and for some reason 4 simply was not on my radar at the time. But stumbling into the PAX panel as a casual/lapsed fan of the series as I did, I had one thought: this game looks rad as hell.

Somewhere in between I made some other choices and I think my life path has slightly altered based on these events.

I regret to inform you what I should have warned you about months ago: it’s time for Devil May Cry. It is possible that this may continue for a while. You are not going to be able to escape it. If you want proof about my hunch let’s check in with the last time I fell in love with a guy in red. 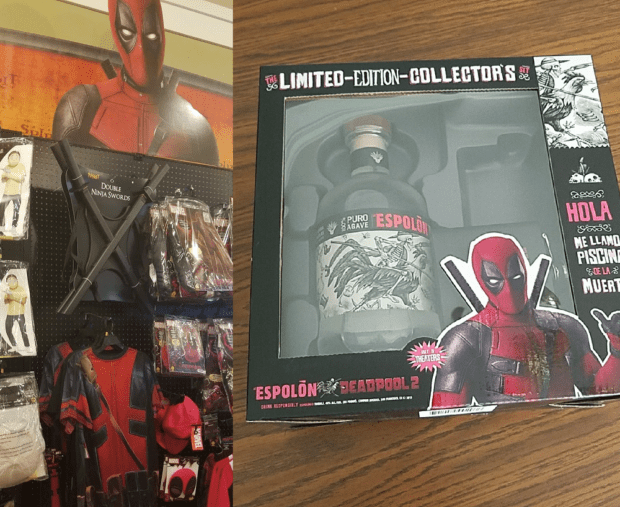 Yeah, sorry, it’s gonna be like that, so hold onto your butts because you’re gonna get really sick of Devil May Cry. Suffer all the ranting and the gushing. Turn your face away from the walls of sarcasticool cosplayers and the endless swag at Hot Topic.  Hide your eyes from the walls of rubber jackets at the Halloween Store.

Yo, MAGfest had my number this year: 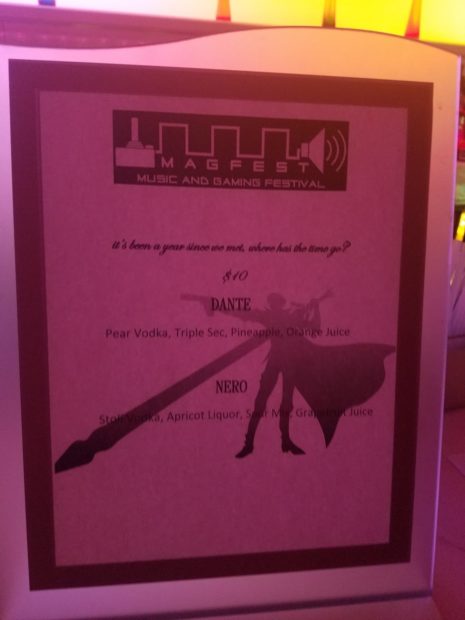 This is only the beginning.

But what about the game, AJ, the game, you did play the game.

Oh god, I’m awful at the game. I played it on easy like the worst journalist, but don’t worry. I’ll play it maybe six more times. I’m gonna get good at it because I’m Motivated.

Ignore the fact that I, personally, am bad. This game pretty much does everything right:

It had the task of reviving the series for fans after a lukewarm reaction to a reboot, adding new characters while bringing in some old ones for hot sexy fanservice, upping the ante on the combat, and making itself accessible to newcomers to the series at the same time.

You could play the game and just mash buttons on easy and probably do all right, but you’d be missing the point, I think. The game has three characters to play, and all of them (though especially one in particular) have a huge arsenal of moves to choose from. The real point of the game is to kill what’s in front of you in the most stylish possible way. You’ll be doing tricks and flips and altering weapons in fast succession. One character, Nero, has cybernetic arms that he can swap out, which all have different in-battle effects. One character, V, is like an action Pokémon-trainer that can summon pets onto the field, but is personally fragile. The last character is Dante. He is Dante. He uses all the buttons. 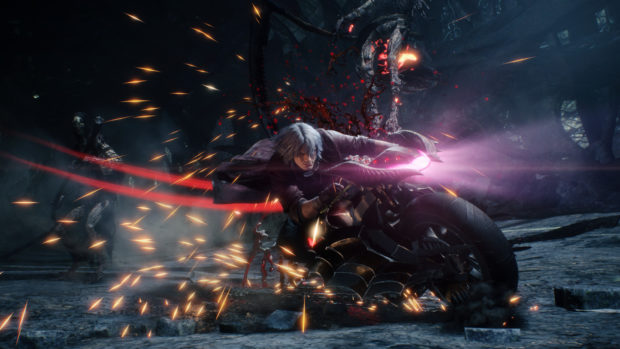 As you get more stylish, the game rewards you with increasing “ranks” from D to SSS (which stands for Smokin’ Sexy Style). These are translated to a style score at the end of each fight, which is kind of pleasantly arcade-like. It’s a throwback in some ways. It results in a game that’s fun to play as a game, rather than a game one mainly endures to experience the story.

If I have anything to complain about, and it’s very minor, the game environments in DMC5 get a little samey in the last few missions. It’s not really a spoiler to say this: the last few levels are set on a big demon tree, a place to which you will keep returning as part of the story is told in flashback. I found that place a little less interesting to hang out in than every other place, because the other places in the game are so interestingly realized. There’s a very cool library environment early on that’s destructible, and I amused the crap out of myself just knocking books off of a shelf. There’s a subway tunnel that allows you to live out whatever fantasy you might have of having a running battle with waking nightmares on a moving escalator. There are half-destroyed buildings climbing up the roots of a the big demon tree, and then there is the tree itself, which is… just less interesting! To be fair, I think this is a late-game Devil May Cry problem in general. I think this is also a late-game DooM problem. All our artistic visions of actual Hell are not as deep and real as our visions of a real world twisted and made to encompass pieces of Hell. There’s a metaphor there, somewhere.

I’ve seen some newcomers find the story incomprehensible – learn the lore, noobs – but as for me I was enraptured by it from top to bottom. The only part of the tale I was not familiar with were the callbacks to, of all things, the Devil May Cry anime, of which there apparently already was one. There will be a new one coming out on Netflix, and this will add to the property being generally inescapable.

Devil May Cry 5 is a beautiful game. It’s beautiful when it’s beautiful and it’s beautiful when it’s ugly, with imaginative and disgusting monster designs. I personally had to turn down shadow quality slightly to get my framerate up to stream, but I didn’t notice any real difference in the beauty of the world as I played after I made that choice. One thing that’s particularly astonishing is the facial animations. The characters feel real and interesting and I felt feelings with them. 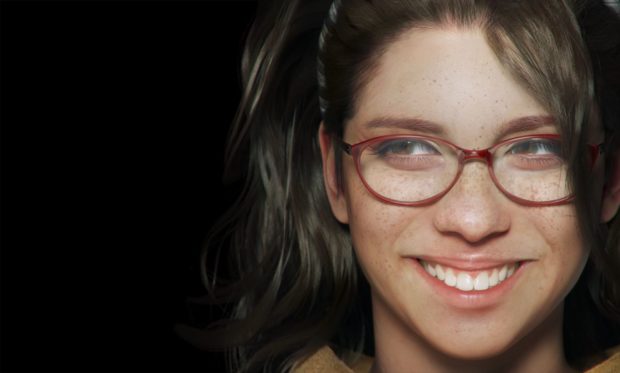 I screamed at bossfight spoiler redacted, because he is a fucking tool.

I’m also so mad that I have to work and stuff instead of being at home playing this game.

OK. I bought the Deluxe Edition of this video game. I’m not living your life, but if you’re gonna buy DMC5 anyway, I highly recommend that you do this. Most of the add-ons are there for comedy. There’s a mode where all of the in-game story cutscenes are replaced with the pre-visualizations of same. The badass dialog from the story is being delivered here by men in kitbashed cosplay on a soundstage doing pantomime. When the action scenes start, they just use action figures. It’s glorious. 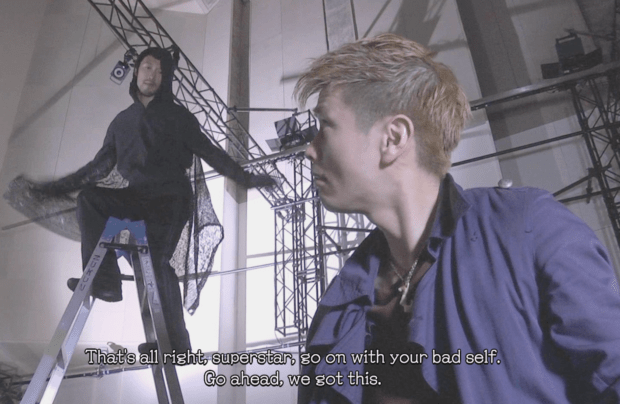 The DLC also provides a few additional upgrades for cyborg Nero, including some optional arm attachments. One of these is Mega Man’s gun, because Capcom. Another is the Sweet Surrender, an attachment ostensibly devised to help alleviate Nero’s girlfriend’s “tension” with sensual massage. I seriously thought I was happily paying just for the visual gag of this existing, but it’s a real item. You can equip this attachment in the game. It was when I realized that, for some reason, the sensual massage hand is much larger, physically, than the other cybernetic hands, that I shouted: “Game of the year.” Not for the first time or the last. 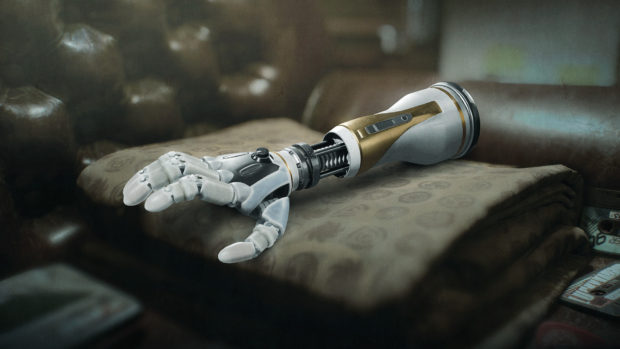 Devil May Cry 5 will be going into my Twitch rotation for a while as I try to improve my style. Please come by some time and watch my attempt at evolving into a proper style demon. Or at least my attempt to twirl the camera into the right spot so I can eyeball the jiggle physics.

Screenshots in this post are largely from Steam or promo materials because I’m not in a great place to take my own right now. Email the author of this post to tell her how bad she sucks at combos at aj@Tap-Repeatedly.com.

3 Responses to Devil May Cry 5

Find Me at GDC