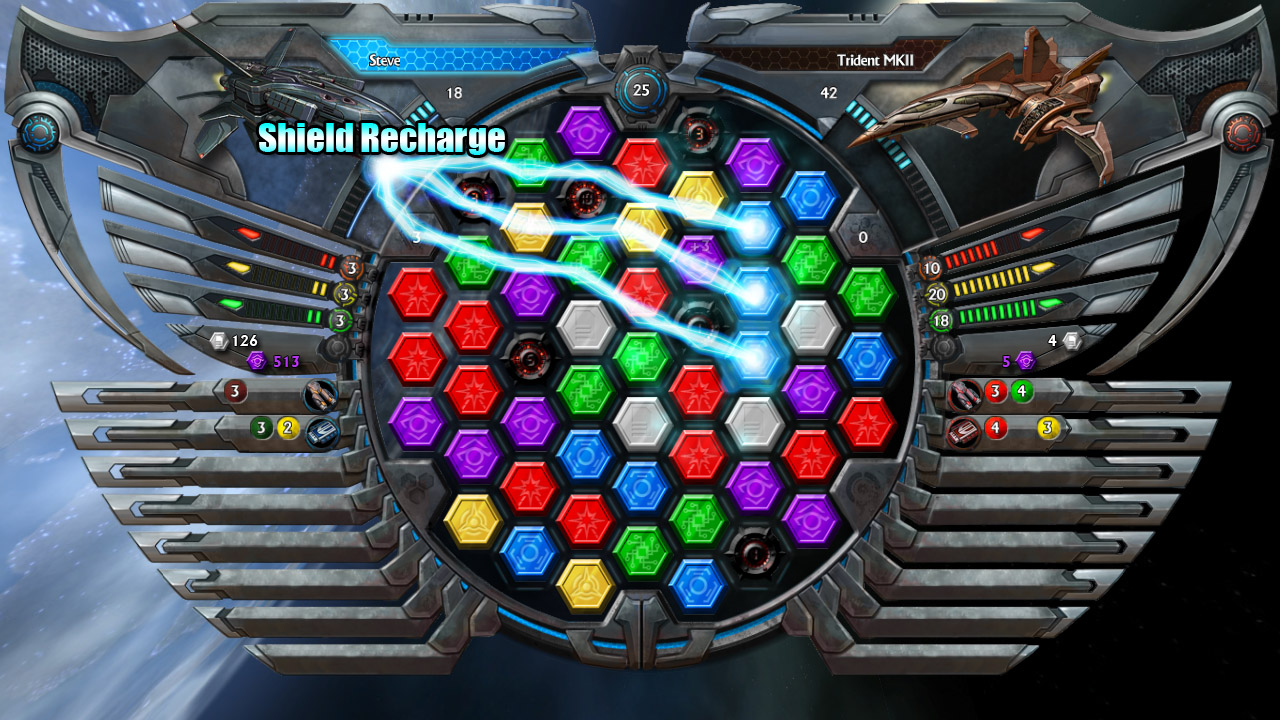 Having spent countless hours days months caught up in the addiction that is Puzzle Quest: Challenge of the Warlords, I can honestly say I was shaking with an addict’s anticipation of their next fix when I heard about the imminent release of Infinite Interactive’s new game drug, Puzzle Quest: Galactrix. I’d have posted the news earlier, but I made the mistake of playing the demo first. I’m just now getting around to showering and eating.

For those readers who’ve been living under a rock, the Puzzle Quest games are a riff on the classic time-waster, Bejeweled, only with RPG trappings slapped on top. It’s a soul-suckingly brilliant pairing.

Galactrix takes place in space; instead of battling Ogres, Griffons and the like, this time players take on aliens with space ships, mine asteroids and hack LeapGates (think controlled wormholes) all while using the “match-three gems” construct. (I told you it was brilliant.) Galactrix’s board’s new hexagonal shape gives players greater manipulation of the board – gems will fall in the direction you move the gem – or in my case, get my butt handed to me more often.

The 135MB demo is available for download at all the usual suspects: WorthPlaying, Gamershell and FileFront.

Galactrix is scheduled for multi-platform release (Nintendo DS, PlayStation3, XBLA and PC) in 2009.

Now, if you don’t mind, there are space pirates waiting to do battle with me…

4 Responses to Keep Your Interventionist On Speed-dial