Last night I attended a special screening of Transformers: The Movie, which was held around the country. It was crowded and energetic, full of old fans like myself and with parents who wanted to show the movie to their young kids. It’s not what you could call a good film, objectively speaking, but it’s a film I love. I remarked aloud, leaving the movie, that it’s essentially the same movie as Infinity War. “Just skipping around incoherently from set-piece to set-piece, brutally killing off beloved childhood characters.” I paused and added, “I guess at least in Transformers, the soundtrack is better.” The guy next to me remarked: “And the acting.”

And it’s almost true. The big heavy of the film is Orson Welles, in his last role. He is phoning in a performance voicing what is effectively the robot devil. The audio is distorted to high heck because of his failing health at the time. It’s not a complex character role to play. But in spite of all that, the work is at least evocative.

If my referring to Unicron as “the robot devil” and not by his actual name makes you think I must be a casual fan, rest assured I’m not. I know Transformers: The Movie practically by heart. The last time I screened the film in a theater was in 2000. Indeed, I got the T-shirt. 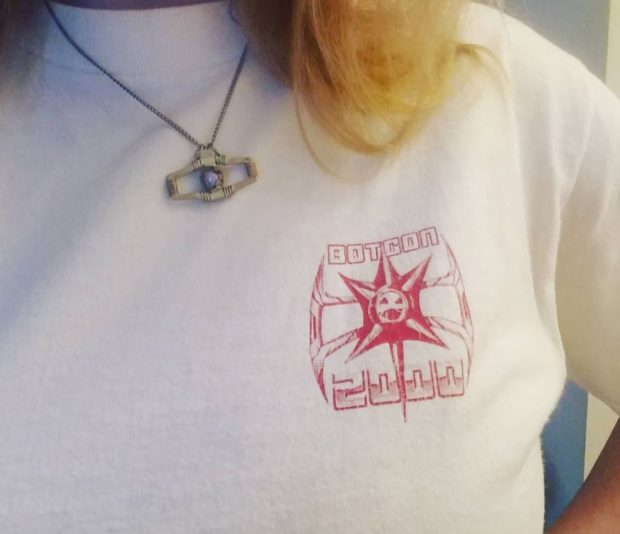 Note that I must wear my Matrix of Leadership around my neck on a chain, like Galvatron (Leonard Nemoy), because I am not worthy. But at least I am not as unworthy as Ultra Magnus (Robert Stack), the worst ever Autobot. He totally blows his big shot in the movie’s second-act climax, in that Peter Quill (Chris Pratt) sort of way.

That time eighteen (!) years ago, I became obsessed with trying to make some sense out of this film’s messy universe. Somehow, there had to be a way to make it make sense. I started drawing maps and cataloging where planets and districts must be related to one another. I listed the races of robot people depicted in the film. I wrote extended timelines. I created a tabletop RPG that I not only played with friends, but which has been played by Transformers fans around the world. Hasbro has yet to return my calls about this despite my numerous attempts to entreat them on this matter.

Now that I’m older, I feel more able to embrace the ambiguity in this movie. I can let it all wash over me in a surreal haze. Transformers: The Movie has very little continuity and logic. It can’t seem to decide, for example, if Kickback is dead. Hot Rod clearly crushes Kickback’s head early on in the movie, but later on, Kickback turns up in background shots as if he survived every ordeal along the way. At least this is one I can clear up without too much difficulty: in 2018 Kickback is alive and well and still sitting on my TV stand.

The casual treatment of the worthless lives of the Insecticons may have gone on, years later, to inspire the Transformers: Beast Wars character Waspinator. Waspinator was a insectoid punching bag who effectively died every other episode, often being forced to the humiliation of having to search around blindly for his own head. He was effectively the Kenny of Transformers.

Hey, speaking of, did you know there’s another season of South Park starting up? I hadn’t thought about the show in a while, and then I started seeing ads for it again. The gimmick Comedy Central is using to push South Park right now is a rational one. Their call to arms: Hashtag Cancel South Park. It aligns perfectly with my, perhaps your, thoughts about South Park right now, which is, “Wait, they’re still doing South Park?”

And this is me once again confessing that much like every episode of old-school Transformers (and up through Beast Wars in fact) I’ve seen every episode of South Park. That isn’t to say I’ve been enjoying it the same way I used to.

Some more recent seasons of South Park did a sort of “prestige TV” experiment where they decided to have plot beats from one episode carry over into the next one within the season. This is more common on television comedies than it used to be because the structure of streaming makes it easier to watch multiple episodes in a row. The first time it happened on South Park, it was quite delightful, because it was so unexpected. This is a show that did two-parters on the rare occasion. Then it tried to do an entire season as a serial story and was mostly successful at that.

So they tried this format again, and it crashed and burned. This was really for one simple reason: politics. The 20th season of South Park was structured around a political parody of the 2016 Presidential elections. And it was all scripted under the assumption of an inevitable Hillary Clinton win. As shown in the documentary 6 Days to Air, South Park is currently written and animated under a super-tight turnaround schedule.This grueling pace is necessary so that they can do up-to-date parodies of current events. But in a serial story, some beats are written out in advance anyway by necessity of continuity. As a Trump win was, effectively, impossible to parody, the result is that the end of the 20th season falls entirely flat.

With the power of hindsight, I think the specter of continuity in some way killed the fun of South Park for me a few years before. There’s a specific moment that comes to mind. The newer South Park game, which I haven’t played (yet), is based partially around some of the super-hero focused episodes in Season 14. In one of these, it’s revealed that the reason Kenny is alive in some episodes, and dead in others, is because his mother is under some kind of curse. Any time he dies she’s forced to immediately give birth to him again; he then grows back to his current age and the memories of his death are erased from everyone but himself and his mother.

Kenny’s frequent deaths used to be just a darkly absurd body horror kind of thing. With this information, it now is just a truly dark body horror thing that is distressing and isn’t particularly funny. Oh, but it makes sense now. It never needed to make sense, but we nerds love continuity and we nerds ruin everything. 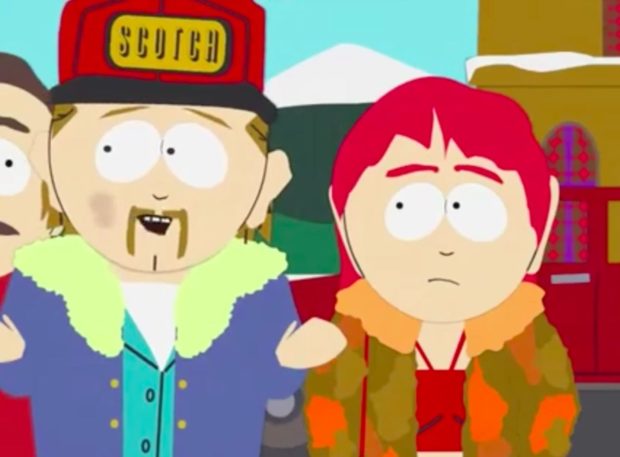 ‘Member Chewbacca? I ‘member. In fact I watched the film Solo recently. Did you know that this movie explains why he’s called Han Solo? Han Solo is called Han Solo because when he signs up for the army, he’s by himself. So the guy that registers him for the army is like well his name is Han and he’s coming in Solo so I guess he’s Han Solo and that just sticks as his name, forever. I actually didn’t need this explanation. But nerds ruin everything and so they over-explained it. I hope the treatment of Chewbacca in this film was in no way intended to be a soft-retcon on my precious Star Wars Holiday Special.

It’s only over the past couple of years that I’ve begun this kind of slow surrender. The more things get serialized and cross over and become a homogenous pop culture mash, the more I just want things to stop even trying to make sense. There’s too much happening for it all to make sense. The world doesn’t even make sense. So how are you gonna get the Zelda timeline to make sense?

Chewbacca is a wookie but Chewbacca lives on Endor and Chewbacca does not make sense.

…sigh, of course the answer here is a perfectly logical one. See Rational Wiki for the explanation as to whether or not Chewbacca lives on Endor.  And if you fall down from there into a rabbit hole on Wookiepedia, I couldn’t really blame you. Because everything is cataloged now. We have forced Chewbacca to make sense.

We do it out of love. We had the best of intentions. But we nerds ruin everything.

And yet! I don’t know if I’d recognize a self that didn’t passionately care about the internal logic of some fictional bullshit. It is the human condition: to create symbols where there are no real signifiers, to create narrative where there are only unconnected events, to imagine justice in a world devoid of such ideals. To care too much and too deeply about the evidently absurd as a way of recognizing how much all of the universe is absurd. To create robot elder gods, living in the void of space.

3 Responses to We Nerds Ruin Everything