It’s been a very long time since I wrote about Dungeons & Dragons. I was once editorializing in a time when what is now D&D 5th Edition was still an uncertain series of playtests. This year, however, I’ve started up a new campaign in that edition. As I mentioned in my last article, I’ve been streaming live on Twitch, with a focus now on our Dungeons & Dragons game happening here in Philadelphia. We generally play every other week, on Sunday afternoons Eastern Standard Time.

We are not playing this week, however, because I’m at the Origins Game Fair in Columbus, starting this Thursday and going through Sunday, June 18! While I’m there, I’m going to be helping out with the D&D Adventurer’s League events happening throughout the show. Thanks to Wizards of the Coast, I got a sneak preview of some of the new Dungeons & Dragons material coming out this fall. At Origins – and hopefully soon in our campaign, too – we’ll be playing through material in the adventure series, the Tomb of Annihilation. 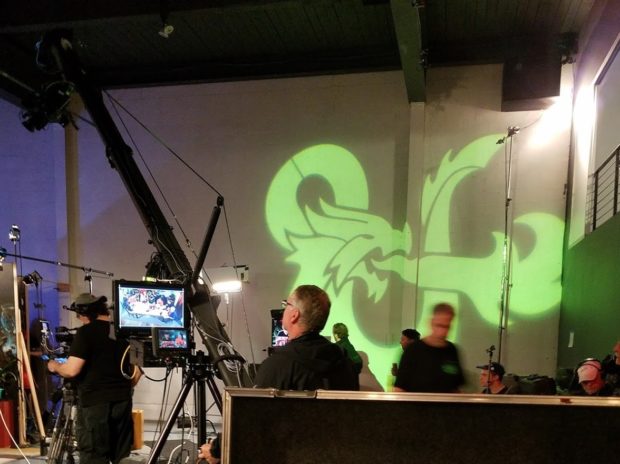 An unexpected thing has happened to my humble old hobby. D&D games being live streamed, podcasted,  or recorded on YouTube and other video services has made Dungeons & Dragons into a spectator sport. It’s still a geeky pursuit, but geeks are starting to conquer pop culture. The operation of running a D&D game is practically glamorous now. There are even celebrity DMs! I got a taste of this brave new world at the recent streaming event, appropriately called Stream of Annihilation, that was run on Twitch and is archived at the link. I didn’t end up being lucky enough to play in some of the streamed games. But if you look at some of the footage of the second day, you might see me a couple of times in the background. I’m the one with the little blue shoulder dragon, which I am calling my new familiar.

For my home campaign, I’ve also been taking a lot of advantage of the tools available at the new web site, D&D Beyond. This service, currently in open beta, uses a Twitch account for connection, and provides quick digital access to monster stats, magic items, and a compendium useful for a dungeon master like myself. Character creation and other online tools are still in progress, but for now I find it useful just for cutting and pasting monster stats into my home-written modules. Players have been hungering for better online tools for Dungeons & Dragons for a long time, especially since more and more home games are also occurring online in one way or another.

I know this article is a little breathless, but we’re about to hit the road! I’ll be at Origins until Sunday, so you can always catch up with me on Twitter if you want the more to-the-minute insights. Or if you happen to be near Columbus, Ohio and feel ready to RPG, come roll up (ha ha) and say hi!