Dungeons & Dragons has lots of licensed video games. But the pen-and-paper tabletop game that many gamers consider the soul of D&D is a game in flux. Fourth Edition, in its attempts to bring in new audiences and streamline old systems, also fragmented the base of D&D‘s tabletop gamers. Many older fans of the brand moved away from the new product, in favor of games that more closely resembled older editions. The most well-known of these is Paizo’s Pathfinder, a game often nicknamed “D&D 3.75.” The Open Gaming License that Third Edition D&D was released under opened the floodgates for games that utilized the D&D mechanics almost exactly, and allowed for a standardized rule document that means the game can be played in some form by almost anyone without spending a dime. It was a good thing for the growth of roleplaying as a hobby, but a limiter for the Dungeons & Dragons brand in specific, since its old game mechanics can still be remixed and monetized without Wizards of the Coast’s permission.

Yesterday, I wrote a little about the upcoming Neverwinter MMO. It has a heavy reliance on Fourth Edition mechanics and jargon, some of which may or may not change as the game continues to be developed. I walked out from that preview excited about the MMO, but worried that the timing is awkward for tabletop D&D players like myself. The highly public release information about the next edition of D&D is going to drown out any conversation about Fourth Edition, except to bury it. 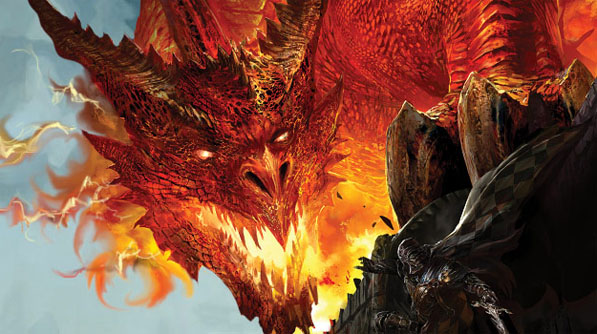 WotC is calling this new edition “D&D Next,” when they call it anything at all. My bet is that the players will continue to call it “Fifth Edition,” but that Hasbro marketing is against it. They’d prefer to think of it as a D&D Reboot, perhaps. Dungeons & Dragons Begins.

I sat in on the D&D Next panel at PAX East, run by Mike Mearls and Jeremy Crawford. The panel was all recorded and put on-line. If you have interest, watch the panel here. It’s an hour long,  so be prepared to sit back. It includes some general chatter, and a good deal of audience Q&A.

If you didn’t watch the panel, here is the notion in brief: WotC wants to unite the tribes. They want to create a game where players who enjoyed First Edition, Second Edition, Third, Fourth, and every sub-edition in between can all play the same game in harmony. They want a game that is modular, where different bits and pieces can be slotted in or out depending on the needs of a particular game. But they also want a game that “feels like D&D,” and are trying to figure out still exactly what that means. It is going to be quite a challenge.

This panel upset some people, because it’s the internet, and people like to be upset here. But in particular, without diving head-deep into a lot of threads, I saw surface grumblings from rpg.net users about the “marketing speak” that’s taken over D&D in the past few years. Some people are worried that it seems like Hasbro and marketing are running the show, draining all the passion out of what should be a heartfelt enterprise. Others are worried that the crowdsourcing approach that WotC is taking with D&D Next will dilute the vision.

A Brief Diversion to the Underdark

The Neverwinter MMO takes place in the Forgotten Realms setting. Meanwhile, in the same expo hall, another D&D MMO is out on the floor: this one, a game that’s been out and running hard for several years. This year, the popular Dungeons and Dragons Online is making a bid to bring its Eberron-focused setting in to the Forgotten Realms, with its new Menace of the Underdark expansion. The Spider Queen herself, Lloth, was in attendance at PAX commemorating this historic event. 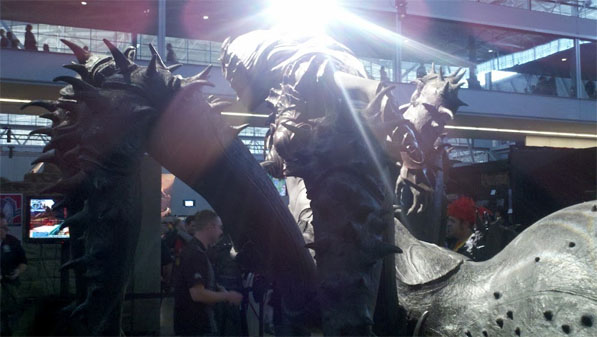 I didn’t take a very good picture of her. I guess you could admire the mystery in it, though.

I got a chance to try out a demo version of this new content myself. If you’re familiar with DDO, you might be aware that it takes an authorial approach to dungeon encounters, with the voice of an omnipresent “Dungeon Master” that narrates your exploits. At the start of the Lloth encounter, you will enter a cavern wherein the Spider Queen looms, surrounded by spider minions. Arachnophobes need not apply. Lloth will then capture you in a stunning web, so that aforementioned Dungeon Master can tell a good yarn about what you see around you in the room, and Lloth can get off her dramatic speech. The stunning web only wears off when she’s done talking, proving the omnipresent DDO Dungeon Master is one of those railroady types.

Fighting Lloth was a timed challenge, and difficult. I’m not ashamed to say I didn’t quite pull it off when I tried, but I was entertained by trying. The expansion launches in June, so if you are a DDO player you’ll be able to take a stab at her yourself then.

Dragons of a Fallen Sun 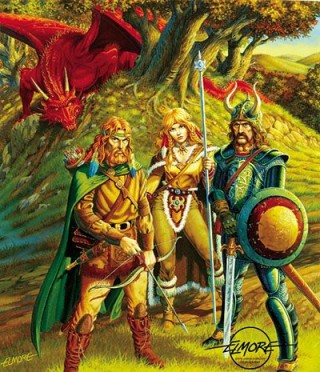 The next day, Sunday morning, I attended a reminiscing session for one of my favorite D&D settings, Dragonlance. Though not everyone agrees with the story-focused adventures of that particular brand, the people in the room were those that grew up with the tie-in novels, the characters, and campaign modules for the Dragonlance universe. We wanted to hear more about the world that we loved. To that end, we spent the panel talking about the past. Right now there are no official plans announced for Dragonlance in future D&D editions.

There’s never been a good Dragonlance video game. There was a pretty good one for Planescape, which you might have heard of. And aside from this, there are other D&D settings: the classic Greyhawk, the deserts of Dark Sun, the horror worlds of Ravenloft, the Eastern-flavored Kara-tur. There is Spelljammer, where you play D&D in space and all the other D&D settings are on different planets that you might visit now and then. Most, though not all, of the D&D settings were introduced as part of Second Edition D&D. A strong focus on story and story-based modules was a part of TSR’s product line during those times.

But the way Dungeons & Dragons is currently utilized by WotC, it’s not hard to get the feeling that the Forgotten Realms, as a setting, is where D&D has put down its anchor. The newest D&D board game is set in Waterdeep, a Faerûn city. Neverwinter is once again a central hub. In the DDO Underdark expansion, Lloth makes sure to kick a little dirt in the eyes of Third Edition’s flagship setting, declaring she can smell the “stink of Eberron” on your hero’s body. Welcome to Faerûn, and we hope that you enjoy your stay!

A wealth of setting material exists for D&D that wasn’t utilized much for the current edition. The one setting that has been fleshed out robustly is Forgotten Realms, and, because there is so much information, that’s the mostly-default setting that D&D products are still gravitating towards. Don’t get me wrong, it’s a great setting, especially for introducing new players. Except for of course when new players might be hooked in by some other gateway, like I was with Dragonlance.

One of the failings of D&D Fourth Edition is that it had a fairly weak default setting. The world called “Points of Light” was created to leave behind a lot of flexibility for individual Dungeon Masters who wanted to alter the world in their own ways. Any take on Points of Light would necessarily be an individualized take, since the setting itself was so loosely constructed, with no official overworld maps, and not much mention of politics. 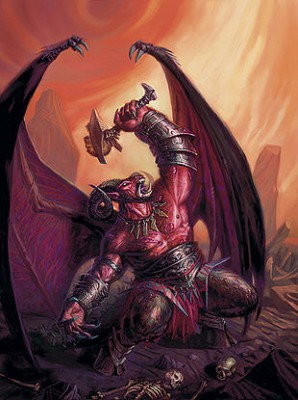 In practice, that meant that Points of Light stories could be released as modules independently of setting, but that nothing in this setting felt very connected to one another. It is a little too open-ended, leaving Dungeon Masters with only a few default story hooks. With the lack of any political structure in Points of Light, the default world conflicts are with generally with cults of dark gods: Orcus, Lloth, or Vecna. One can throw in a few humanoid monsters and a visit to the outer planes, but it takes some out-of-the-box thinking to hitch your campaign wagon to anything else.

When WotC says that D&D Next is a D&D for all edition players, the question that hangs in the air most for me is where they will decide the game should be set. In many of the D&D tie-in products and video games, Faerûn is the world used most often. But it is never the default setting for the pen and paper edition. And the creation of another brand new world, mixed in the primordial soup from all previous editions, made 4th Edition’s setting feel like a watery soup indeed.

Now here is D&D Next: not just a world trying to be everything, for everyone. But an entire game trying to be everything, for everyone. I am feeling optimistic that WotC might pull this off, but the challenge here is that they will have to create and train a new type of Dungeon Master. An experienced Dungeon Master is forward enough to state to players specifically what will be and what will not be in his upcoming campaign. But a neophyte Dungeon Master may not know how to pick and choose many different game modes from a fully modular game. It seems like the new form of Dungeons & Dragons, while trying to be the same as all its predecessors all wrapped in to one, may actually be something very different from a product standpoint.

By the information I got at the D&D panel, Dungeons and Dragons open playtesting is going to begin later this month. I hope to bring you good news from those faraway places. That is, once they lift the NDAs.

15 Responses to On The Fragmented Future of Dungeons & Dragons