In joy, that is. As part of my wake-up ritual, I was slogging through the Internet when I bumbled onto a piece of news so exciting it caused me to call my wife into the room.  The conversation went something like this:

COURTNEY (from the bathroom): What?

JASON: Oh my God, Oh my God…come in here!

COURTNEY enters the living room with a make up brush in hand: What.

JASON: Look at this! They’re making Shogun 2: Total War and you know how I love the Total War Games and this is a sequel to the original and it’s going to be awesome look at that artwork and I need to get Windows 7 finally so I can use DirectX 11!  HAHAHAWHEEEeeee!

COURTNEY: Wow. She reenters the bathroom.

I played Creative Assembly’s  Medieval 2: Total War for at least 200 hours. I spent the winter of 2008 fighting crusades, being excommunicated by the Pope, and assassinating my enemies’ royalty (and yes, even the princesses). It was my perfect game: turn-based strategy with city building and politics and a host of other options combined with a separate mini-game of RTS combat free of construction or twitch gaming (more appropriately labelled as “Real Time Tactics,” or RTT). The game enveloped me like the original Civilization did before, keeping me up obscenely late and forcing its way into my thoughts while at work, driving, or at dinner.

I am also a veteran of CA’s earlier efforts like Rome: Total War and the game that launched the franchise in 2000, Shogun: Total War. They, too, were incredible games for the time and I lost many productive hours to them. Even so, I somehow missed Creative Assembly’s announcement last June: Shogun 2: Total War is coming to my PC some time next year.

But I am not a fanboy. I tried the recent Empire: Total War and didn’t particularly care for it. I don’t want rifles in my Total War Games; I want cavalry, spear, swords, trebuchets, katanas, and the like. Furthermore, the artificial intelligence was atrocious, and the game was bloated with superficially pretty but ill-implemented and shallow features like naval combat, a technology tree, and resources. I ignored the subsequent Napoleon: Total War for similar reasons. 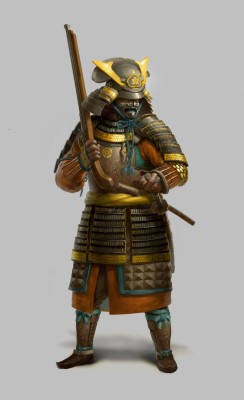 But this…ah, I will be the Prodigal Son for you, Creative Assembly. I’m coming home.

According to PC Gamer’s preview article,  Mike Simpson, creative director of CA, promises his studio will use its ten years of experience in the franchise to realize S2TW‘s potential. We’ve heard this before, of course, in relation to the decidedly mediocre ETW, but I read a few reasons to become inappropriately excited.

First, he admitted CA’s past struggles with AI had has promised to fix them. Again, we’ve heard this before, but Mr. Simpson comes across as earnest and angry with their past failures with AI . It was nauseatingly bad in ETW, both on the campaign map and during battle. At best, it made poor decisions. At its worst, it did nothing. It was worse, in fact, than its predecessor, M2TW.

As a cynic and a recovering misanthrope, I am skeptical but impossibly hopeful. Anyone who knows me at all knows that’s worth something. ETW seemed designed with ranged combat and the pretty-pretty naval warfare in mind, with everything else relegated to tertiary importance. This time around, he claims his team has made AI one of their top priorities and, most significantly, they’ve “had enough” of hearing about their flaccid computer-controlled opponents.

Second, they’re revisiting naval combat with the lessons learned from ETW. Empire‘s naval engagements were beautifully rendered but otherwise unimpressive. The clumsy interface, the lack of a navigational point of reference,  and the need to endlessly micromanage each ship certainly made the battles more fun to watch than to play. It seemed as though they struggled with and never completely solved the problem of how to make it work. 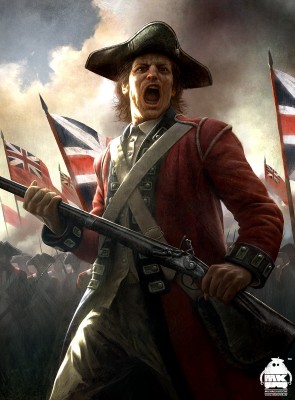 Mr. Simpson promises improvements: naval terrain (shoals, shores, and the like), rowing ships that respond more like army units than the sailing vessels of ETW, and more clearly-designated roles for each unit. Ships won’t simply endlessly sail around one another on a featureless sea; they will blockade coastlines, hide behind islands, and land troops.

Third, the theme is just cool. I’d much, much rather control Japanese factions warring in the 16th century with samurai, naginata, warrior monks, and yari ashigaru than 18th century men in funny hats with primitive guns warring over trading rights. The factions in Shogun cannot fight the emperor as he is their god, but they can war against each other for the title of Shogun, protector of the land. Sexy.

There’s some other details, like the beauty of the artwork, the customization of one’s generals, and an ambitious overhaul of the multiplayer, but I think I’ve embarrassed myself enough by contributing to the much-dreaded hype machine. In short, I’m fairly convinced CA has at least tried to learn from their lamentable mistakes and choices in Empire, and I’m hopeful this game will allow me to forgive them for what they did to my franchise.

I need to change my pants, anyway.

Check out the gameplay trailer for Shogun 2: Total War at http://blogs.sega.com/europe/2010/07/29/shogun-2-gameplay-trailer-i/

11 Responses to My Inner Child Just Peed Itself

God Dammit, Satan, I’m Warning You for the Last Time