In my last post, I talked with one of the coordinators of the Indie Megabooth to talk about how a small shared booth turned into one of the biggest showpieces of PAX. The Indie Minibooth is… Boothception, a booth inside of the megabooth. Here, the games don’t have full sized booth space, but just get one small screen to show off the goods. Sometimes these games even rotate throughout the day. This little booth is packed and cramped! But it’s full of interesting stuff. Here are the games I tried while I was at the show, after the jump: Trial By Viking, Auro, Signal Decay, Desolus, and Mimpi Dreams. 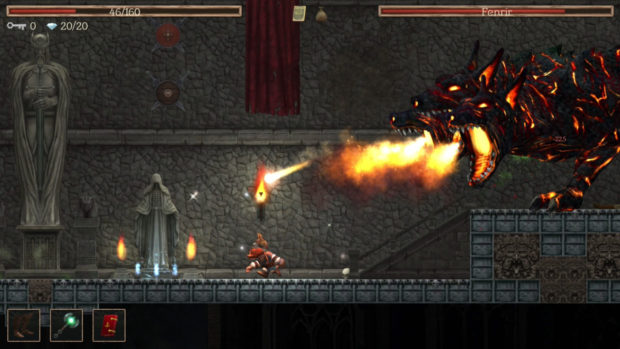 In the Minibooth, I got some face time with Dustin Hendricks, the creator of Trial By Viking, a game set in the world of the Norse gods. This game was the winner of the 2015 Taco Bell Indie Game Garage – yeah, really. There’s something about that pedigree that charmed the hell out of me, so I had to try it. Trial By Viking is a platformer with discreet levels and lots of collectables. It’s not really a true “Metroidvania,” as it’s not one continuous map, but it does have a Castlevania vibe, particularly in the dark dungeons of its level designs. There’s a lot of variety in the way level interactions are designed – from moving boat levels, to airborne chases, to physics puzzlers, and a number of challenging bosses. I did find myself, as I was playing it, wishing for more graphical variety, but in 2.5D it’s still an impressive feat for what is essentially a one-man development studio.

Aside from level design, one other thing that made the game stand out was the voice acting, which is quite well done for a small game. I also learned at PAX that the game has a branching storyline – choosing different dialog elements during a few of the interactive cutscenes actually effects which bosses your Viking will face in the future. 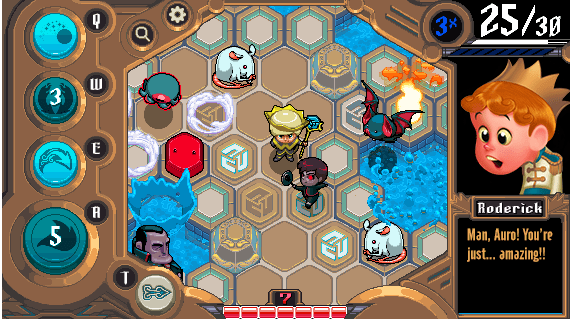 If you’ve spent any time reading game design blogs, maybe you’ve run into Keith Burgun, who is a very outspoken and opinionated game designer. Since I do a lot of reading about people’s personal game design theory, I recognized his game Auro when I saw it in the booth. But I hadn’t played it before, so I took this opportunity to try it.

Auro: A Monster Bumping Adventure is unique. Like a few other games I saw in the minibooth, it’s designed for touch, being an iOS game originally, but plays okay with a mouse. It’s a strategy game about a little mage that uses his spells to “bump” monsters to kill them. There’s no direct way to damage opponents in the game, just ways to reposition them and bump them around. It’s a bit like a single-player digital board game with lots of magical effects. Auro seems like a pretty deep game, but just having someone explain it to you is kind of confusing. A challenge of a game like this is that something with deep thinking strategy doesn’t play well on a loud crowded show floor. I think the game has had some trouble finding a large audience too so I wonder how well it will do in the future. I thought it was really cool to see what this game is all about having followed the saga of its development. 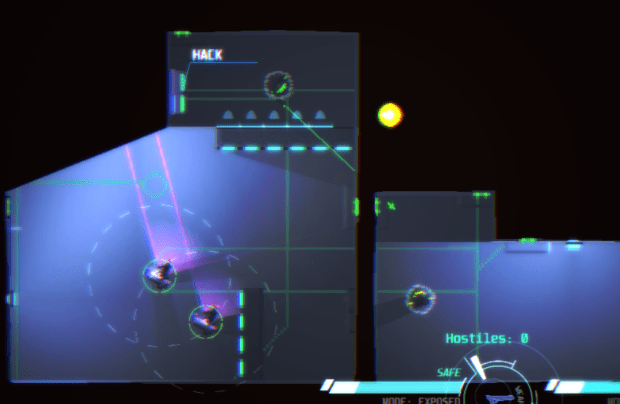 Signal Decay is a cyberpunk game developed by Zack Zhang, who previously showed it at the IGF in China! It’s roguelike and stealth-based at the same time. The object of the game is to navigate procedurally generated mazes while avoiding guards. In the mission I played through, we had to take to take out a computer on a lower level of a well-guarded complex. The game has a branching storyline overlaid on the individual missions. There’s also a flexible weapon loadout, so you can choose weapons depending on your playstyle and the mission requirements.

I’m sure I was pretty terrible at Signal Decay. I love roguelikes, but stealth games are not my forte, and I am the type of gamer who always alerts guards on accident and then just ends up blazing through everything (sometimes while apologizing). While playing it, I thought to myself it would be right up my husband’s alley though… he loves some stealth and some cyberpunk. Fortunately, the game has a co-op mode, where one hacker can help out another hacker through the maze. So maybe he could help me with the skills I lack. 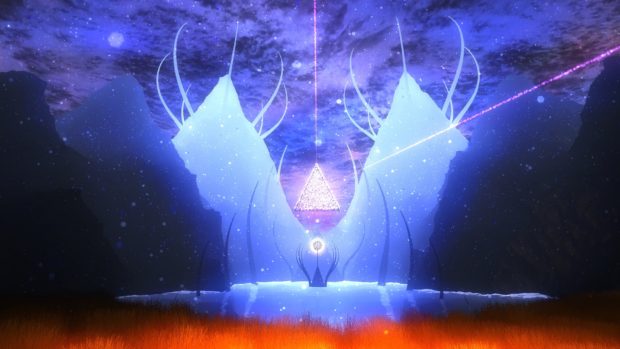 Desolus is another one-man developed game, created by Mark Mayers from Boston, MA. This is a really pretty, contemplative environmental puzzler with a Portal vibe. The object of the game is to move around a ball of energy from one node to another. Essentially, the player sucks up starlight into a gun, then fires it off to light crystal beacons, which, in a flare of particles, open further doors allowing deeper access into a twilight dream world. The game, which is on PC, is also is compatible with Oculus Rift. I didn’t get to try that mode at PAX, but could see it being quite good. Although I don’t love walking around too much in a VR simulation – I get motion sickness pretty easily – I do love the calming atmosphere in this game. The soothing music (composed by Kyle Landry) adds a meditative touch. Desolus is scheduled for a full release in 2017. 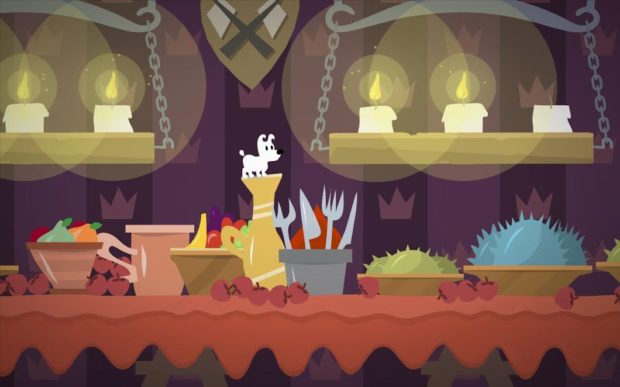 Mimpi Dreams, made by small studio Silicon Jelly, is a very cute little … puzzle-platformer, more or less. Originally designed for touchscreen, it also plays with a mouse and keyboard. When trying it out at home, I initially made the mistake of trying to use a controller, like I would for a more difficult platformer. However, the puzzle solving relies a lot on mouse clicks, so that doesn’t work particularly well with this title. I don’t typically like having to do a platformer this way, but it works okay in this case.

The reason I say “more or less” with the puzzle-platformer thing is that it’s really light on the puzzles, and really light on the platforming. The puzzles are pretty heavily hinted and seem to be more about cute environmental actions than solving brainteasers. And the platforming is equally light: one-hit deaths, but very generous checkpointing and no combat or difficult action sequences. I might recommend the game for small kids, very casual newbs, or anyone who is just having a real rough day and wants to see a cute puppy dressed in a superhero outfit.

That’s almost it for my tour of PAX East! Next post will be another grab bag to talk about a few more games that didn’t fit in other categories. Hope you’ve enjoyed this tour of the show so far.