I managed to dip into a version of Proteus a few years ago, at least I think it was a few years ago, I can’t quite remember– time seems to go so fast these days. It was an early build anyway, and I didn’t play it for long because I’m not a fan of playing betas or alphas when there are so many finished games out there already, all vying for my time and attention. My brief jolly through its crisp, bright sprite-encrusted landscapes however, was enough to put it firmly on my map. Even then it had a hypnotically calming air about it, and following Joel Goodwin’s adorable video of him and his little boy playing it together I only wanted to play it more.

If you didn’t catch that video then here it is:

Proteus was also at the Eurogamer Expo in 2012 along with developer Ed Key (who Joel also interviewed in a neolithic longbarrow earlier that year) but I could only bring myself to glimpse at it over the shoulders of cooing players, such was my desire to keep the experience as fresh as possible for my first proper playthrough. Besides, it just didn’t seem like the right environment for such a… low tempo and intimate looking experience.

At the end of January 2013, Proteus was finally released and having made my pre-order I promptly downloaded it. I wasn’t exactly sure when I’d play it because I wanted to make sure I was in the right mood, but one particular Thursday, after a stressful week leading up to a (successful) job interview, I had my supper early, had a relaxing hot bath (not tepid) and decided it was the right time to slip on my headphones and float downstream with Proteus. It was a good call because the ensuing hour was one of the most tranquil and blissfully calming experiences I’ve had with a game, so much so I was in bed not long after completing it. 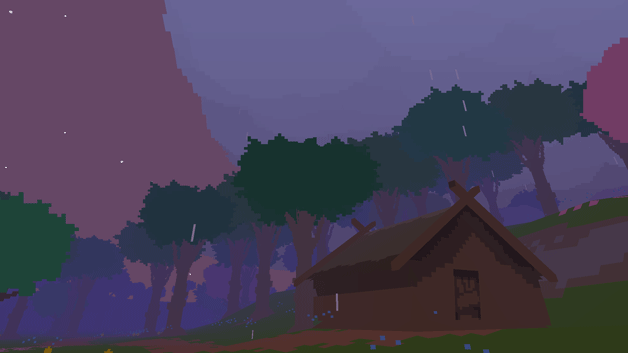 Proteus is a lovely, lovely thing. To look at the screenshots here would do little justice to its shifting tones and the lush, vital sound design by David Kanaga, not to mention the act of wandering around itself and seeing what’s just over that hill or through those trees. It’s a game I’d pop next to the likes of Dear Esther, Journey and Superbrothers: Sword & Sworcery EP in that it’s a sensual, almost spiritual experience. Unlike those three games however, which I fairly recently expressed my (relative) disappointments with in Part 1 and Part 2 of The Dissent, Proteus I adored.

But why? What made it different? I think it’s simply because it’s a game that puts as little between you and playing (or more accurately exploring and discovering stuff) as possible. There are no defined goals or railroading. There are no puzzles to bang your head on or collectables to hunt down and fret over (although you could argue the unique things to witness are ‘collectibles’ to hunt down). There’s no heavy narrative or exposition to wade through or cutscenes to endure or a single word of dialogue muttered or displayed after the title screen. It’s pure and simple: you (literally) open your eyes before an expanse of bright blue ocean and a sky holding the sun, and in the distance lies the faint shape of an island. You move forwards. Or backwards if you’re a party pooper.

Now, I’m not sure whether your movement speed is any faster in Proteus but it certainly feels more immediate and less meandering than Dear Esther which I attribute to the sheer number of things to witness as you potter about. It wasn’t uncommon for me to get distracted every time I made a concerted effort to find or walk to a specific point. What’s that in the sky? Where’s that noise coming from? Whoa, are they worms?! And look! A shooting star! The controls are surprisingly open and accessible too. Don’t want to use your mouse? Enable key rotation or use a gamepad. Sick of holding forwards? (Come on, you know you were during Dear Esther.) Toggle walk with Q. You can even play just using your mouse (left click to walk forwards, right click to walk backwards). Suffer from motion sickness? Here, have a crosshair. The first time I played it I defaulted to standard WASD and mouse but on my second playthrough I alternated between auto-walking forwards and purely mousing around. It was nice to be able to play a game that allowed such a leisurely approach and pace to playing. You can even sit down in-game. 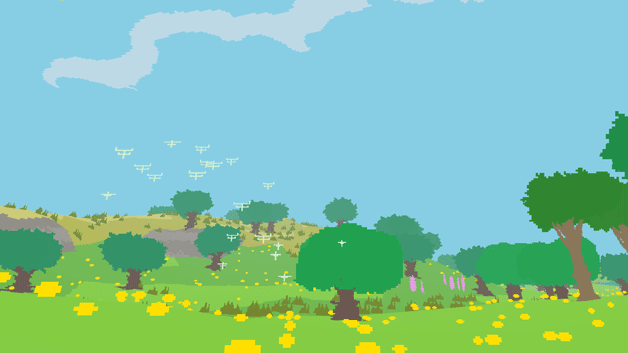 Populated with all sorts of weird and wonderful (and really quite beautiful) sights and sounds that react to your presence, the procedurally generated islands of Proteus are pixelated cornucopias bustling with life, movement and colour. Well, at least they are for a spell. You see, Proteus is broken down into seasons with the game starting you in spring and pushing you inevitably towards winter. And winter does what winter does. It’s a game about cycles and contrast, not just visually, but sonically as well. Day and night, sound and silence, life and death — without one, the other loses all its meaning and that’s something that Proteus, for me, really lays out in front of you. I remember the cacophonous summer and ascending a large snow-capped hill to escape the din. Once I reached the summit it was just me and the wind looking out across an ocean of rolling clouds. At that moment I welcomed the break from the fizz and fireworks down below but later, in the deathly stillness of winter and surrounded by looming skeletal trees, I missed that bustle; that sound of life and the bright, warm, summery hues that came with it. Only after it had gone did I know exactly what I was missing.

Proteus is an unashamedly quiet and modest experience which, on its surface, may look like a simple walk’em up that can be exhausted in a single sitting, but on repeat playthroughs (it takes no longer than an hour to complete) you’ll notice different things that perhaps weren’t there last time, or maybe they were but you just happened to miss them. My second playthrough wasn’t meant to be my second playthrough, I simply wanted to show my girlfriend the island in spring, but spring led to summer which naturally led to autumn and then on to winter. Oops. Looking back I wish I’d just let her play but nevertheless, she enjoyed it. 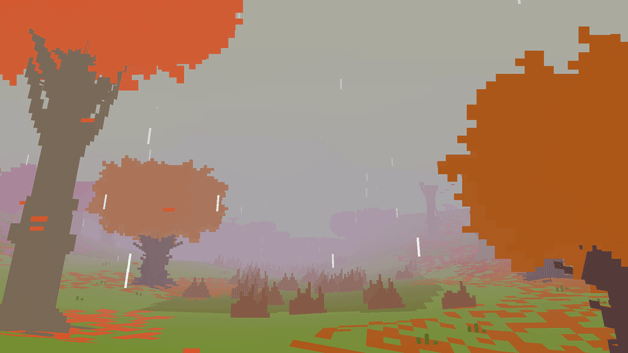 During this time however, a couple of things happened which I’d not come across during my first playthrough– which was great given that I’d now got an audience. The first was what I presumed were poppies growing from one of the graves in the cemetery, which, however subtle, seemed quite poignant and symbolic given the themes of the game and especially because it was autumn when everything else surrounding these comparatively bright little flowers was faded and wilting. The second was some creepy shit involving statues and red skies and… argh, I’ll not spoil the creepiest bit for you. On my last playthrough I saw bats and bulrushes, and tried tracking down some wisps I’d never seen before flying around in the sky, and later, at night, being engulfed by silhouettes of what looked like skyscrapers while the sound went all heavy and industrial. Had Proteus just given me its own vignette of Koyaanisqatsi? All these curiosities are nestled amidst lots of other curiosities and occurrences; the ethereal sounding night owl peeking out from the bough of a tree, weird bubbling bobbly mushrooms sprouting up and disappearing, frog creatures popping loudly and fleeing when you approach them, rain clouds gently drifting overhead sprinkling and tinkling (yes, tinkling) raindrops everywhere, auroras, monoliths letting out a booming low frequency hum as you brush past them, and who knows what else I’ve missed.

Kanaga’s synthesised psychedelic soundscape recalls Up In Flames-era Caribou or certain passages of The Avalanches’ sample smorgasbord Since I Left You and makes everything seem even more otherworldly and dreamlike than it already is, and yet, despite this, it never feels far from home. It’s slow and slight and strange and unique and whimsical and magical and at times achingly melancholic. It’s A Slow Year for explorers, Minecraft for those who don’t want to mine or craft, or as Mat C once said in an email: one hell of a good hangover game. Proteus’ island will be a favourite haunt of mine for some time to come — be sure to pay it a visit someday; who knows what you’ll find. 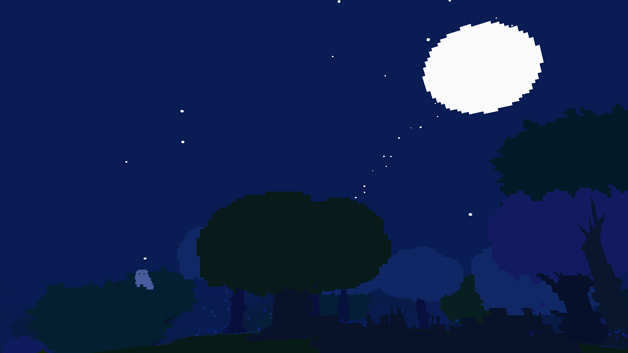 To contact the author of this floral frippery, email greggb@tap-repeatedly.com