A few more post-PAX reports! Indie was a huge presence at PAX East this year, and it would’ve been just as difficult to see everything there as it would have been all the triple-As. Here are impressions from just a few indie games I played at the convention. I’ll take a look at Girls Like Robots, Primal Carnage, and A Valley Without Wind: three games that are all pretty different from one another and reveal the huge variety of indie games that were available there. 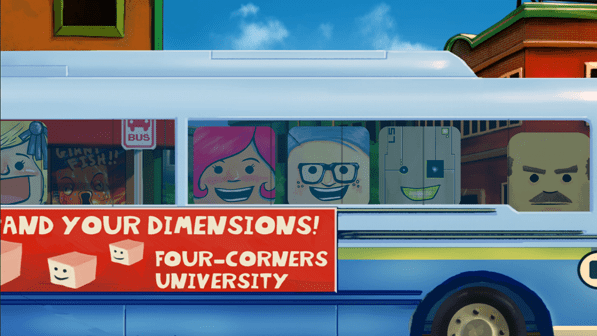 Girls Like Robots is a puzzle game about the art of seating arrangements. When I walked past this booth at the con, I did a double-take, because I could’ve sworn I had seen the game before, in a much more primitive format. Turns out, I was right: It was originaly developed during an HTML5 jam by students. I’ll avoid linking the original HTML5 version since the developers at the booth seemed a little shy about it. They’d rather you be excited by the all-new version, which looks slick and adorable. 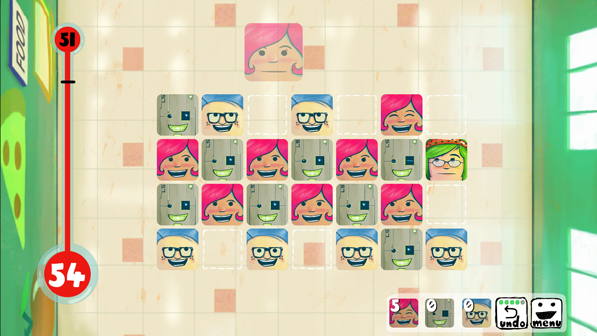 The premise of the game is fairly simple. Different types of people — represented by square tiles with expressive faces — want to sit next to other types of people. To seat them, the player just drags and arranges them in a grid. A correct seating arrangement generates a total happiness score, and getting the arrangement right allows the player to proceed to the next puzzle. The exact arragement matters: Girls, as you might have guessed, like robots, but if a robot is surrounded by too many girls, it gets overwhelmed by their affections. The trick is to balance girls, robots, nerds, and new other tile types like bugs (girls don’t like bugs, except June, who prefers bugs to robots). I thought the original demo of this game was fun, so it’s cool to see it develop in to a full product with lots of different puzzle levels.

Popcannibal’s site for the game doesn’t have a release date nailed down, but the game will be on iOS and Android as well as PC and Mac. They have a mailing list for those interested in release information. I’m always interested in novel approaches to touch-screen puzzles and think this will be a fun project to follow! 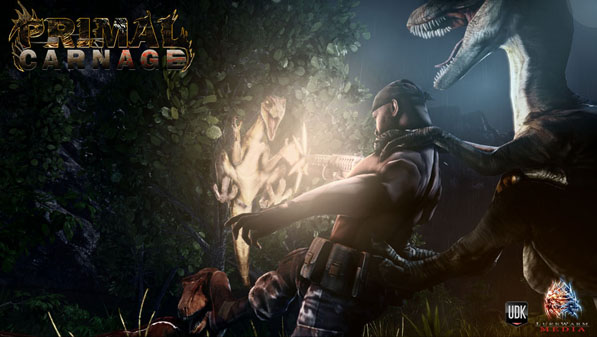 Meanwhile, as far as you can get from peaceful puzzle gaming: Primal Carnage is a multi-player arena team deathmatch game, under development by Lukewarm Media. One team plays as humans, making the game a somewhat standard team-focused FPS. But the other team plays as dinosaurs, trying to kill the humans. It’s basically a no-holds-barred “breakout in Jurassic Park” scenario. It comes with all the classic favorites: JP-style Raptors, spitting Dilophosaurus, Pteranodons, and the slow but powerful T-Rex. Human classes include a Scientist type that can shoot tranqs, a Trapper who uses a net gun, and the powerful Commando, whose heavy weapons are necessary to take down the Rex.

The individual classes are fun to play. Humans are about what you’d expect, but dinosaurs are novel. It’s pretty cool to rampage around as the raptor, leaping over people and pinning them down, a feature that reminds me of playing the Hunter in Left 4 Dead. Pteranodons can swoop down and grab humans, then drop them from from the sky to kill them; a move that’s difficult to pull off, but rewarding. A downside of the game may be map variety: there’s only one map in the current demo, which is a miltary base/jungle combo, and it’s tough to come up with other map ideas that will work. The game does plan to launch with multiple maps, but I don’t know what those settings will be. Since it’s a UDK game, I figure there’s nothing stopping more enterprising modders from adding more. It’s just that I can only think of so many types of places for dinosaurs to break out and kill human mercenaries. 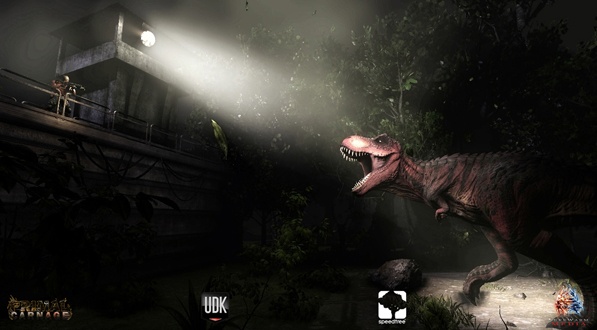 I personally tend to play FPS games for the campaigns, so I don’t know if I’ll actually pick this up. But for a deathmatch fans, this is really solid and the execution follows through on the premise, which is what got me interested in checking out the game. If you’ve never seen Jurassic Park 3 — okay, it’s a pretty bad movie, but — right at the end of the movie, the main characters are rescued when marines storm the island. I was always mad they didn’t make a sequel about that, or, better yet, some kind of video game: Marines Versus Jurassic Park. So Primal Carnage comes close to one of my hypothetical dream games (and thus we are all one step closer to my real dream game, Marines Versus Jurassic Park Versus Alien Versus Predator).

As above, check the Primal Carnage website for videos, beta registration, and release dates. 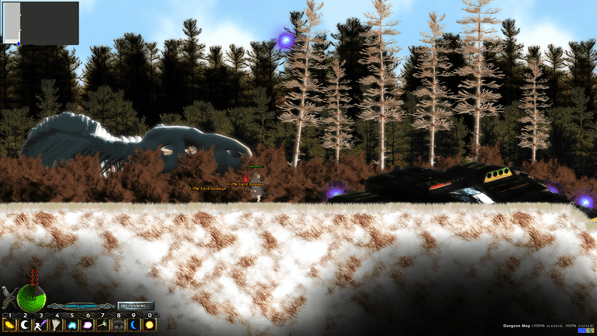 Lastly, I’m going to talk about A Valley Without Wind. This is a game that I actually have a solid release date for, and that date is next Monday: April 23rd. So it’s a good time for a preview, so you can know if this is a game for you. I think this game turns some people off from its screenshots, so it’s worth discussion.

A Valley Without Wind is a “Metroidvania,” but it has a layer of town-creation on top. It’s made by Arcen games, who focused previously on strategy games such as AI War. Because of those roots, there’s a big presence of strategy and town-building in this platformer as well. The game is set in the post-apocolypse, where an ice age has reformed the world in to an uncharted wilderness full of monsters and robots.   The soldiers in the game, played by you, are resettling the planet by killing hostiles, exploring for resources, and setting up towns. The gameplay has a nostalgic feel: since it’s partially procedurally-generated, the exploration you’ll be doing is real. The individual levels and caverns link together in a way where the designer’s hand is only partially present, making them feel truly mazelike. This, combined with returning to an overworld map often to choose my next exploration destination, made the game feel less like Metroid, and more like an updated Commander Keen, maybe with a slight taste of Actraiser.

The game has permadeath, sort of: each time you lose a soldier you are required to select a new soldier to take his or her place. However, all the items you collected and powers you crafted stay with the new soldier, so it’s not much of a loss except in a symbolic sense. And yes, there is crafting, and an MMO-style power tray. Over the course of a short con demo, I racked up about ten different powers, all of which required keypresses to use — in spite of being a platformer, I think the game would be impossible with a gamepad because of this feature. 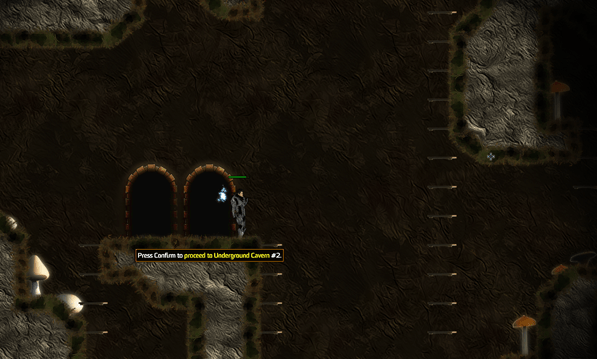 I personally don’t find the game very attractive. I think this is because I’m too familiar with Photoshop and can easily pick out specific uses of common or purchased filters. Seeing comments on message boards about the screens I guess I am not alone in this, though some people really like the style because it is lush. I think it works well for certain background elements, but there needs to be a simplification of foreground elements such as ledges to make them easier to pick out.

This is a game with a lot going on. It’s not a lean, elegant lock-and-key sort of setup; it’s more open, a little rough around the edges in a classic-PC sort of way. It’s complicated enough to have a Wiki, though there’s a fairly robust in-game help as well. If you want it, buy it now. It’ll be five dollars more come Monday. It’s a different sort of genre mish-mash and I think that kind of experimentation is worth checking out. Yeah: it’s cool, and I could definitely see getting hooked on it. You gotta get past the look of it a little, though, I think.