It’s not easy being a Mac owning gamer. For so long the deserved recipient of the industries jokes and PC gamers distain, gaming on Mac has always been something of an afterthought, falling some way down on Apple’s priorities both from a hardware and software perspective. With games software remaining overpriced, underpowered and largely unsupported, Mac gaming has existed as the proverbial wasteland for the mouse and keyboard loyalist.

However, to quote the ever quotable Bob Dylan, The Times They Are A Changin’. 2010 is a world in which the iPod Touch, the latest revision of one of the most successful consumer electronics of all time, exists as much as a games console as it does a portable MP3 player. This is a world where gaming forms one of the major cornerstones of not only the iPhone, but also of Apple’s latest “magical” and “revolutionary” creation; the iPad. Having launched on May 12th and with Valve confirming their support for Mac as a Tier 1 platform, could 2010 also be the year that gaming on OS X is finally taken seriously?

As a Playstation 3 owner, my personal relationship with Valve hasn’t been a particularly easy one. Gabe Newell isn’t afraid of airing his views on Sony’s machine, the subsequent result of which being the distcint lack of Valve’s finest achievements on the system; save for an awful, EA led port of the Orange Box back in 2007. Steam’s arrival on Mac naturally peaked my interest. Although not a total stranger to the mouse and keyboard, it’s been some considerable time since I last played Counter-Strike; my FPS of choice on PC before migrating permanently to Mac. The opportunity to delve back into CS, as well as experience the likes of Left 4 Dead and Team Fortress 2, was one I was not going to pass up.   My interest however doesn’t just start and end with the games themselves. As a predominantly console gamer, and therefore an outsider looking in on PC gaming for several years, Steam has had me intrigued by it’s attitude to digital distribution for some time. As a newcomer not only to gaming on Mac but also to Steam as a platform, I couldn’t wait to get see what all the fuss was about.

So how does Steam perform on OS X? Without an immediate frame of reference for comparison with a Windows PC, it’s hard to make direct comparisons. Although Steam did suffer from some teething problems – notably crashes – during the opening few days, these appear to have been patched almost out of existence since. Steam itself runs well, with the store front, library, news and community pages all running as they should. In terms of appearance, little seems to have changed either. Although some users have voiced disappointment with the lack of a more Mac-centric re-design, I personally feel that this is a small criticism at best. At least in terms of functionality, Steam is working and fully operational on Mac OS X, which in itself is a monumental advancement for the platforms gaming credentials.

Having downloaded the Steam client and dragged it into my Applications folder, the first thing I did was browse the store. It took me all of about 5 minutes to come to the conclusion that in terms of digital distribution, Steam is the example for which others are required to follow. I must admit that I am something of a digital distribution advocate, and to see Steam’s range of content, attitude to pricing and sales is such a refreshing and almost liberating experience. Having witnessed Microsoft and Sony’s pitiful attempts to get the ball rolling on consoles, with dated and overpriced software, hard drive restrictions and the dreaded PSP Go, the Steam store is a joy to browse even when simply window shopping.

Window shopping is something I’ve been doing alot of, which is in part down to the currently rather lacking range of software available for Mac. Valve have announced that the Mac store – which even has it’s own cute little tab on the store front – will be updated each Wednesday with a range of games that showcase different features of Steam’s functionality on OS X. Although disappointed that the “Cross-Platform Multiplayer” update has arrived this week without Team Fortress 2, Left 4 Dead or Counter-Strike in tow, the current range of Mac enabled titles on Steam still ranks above my expectations. The knowledge that those games will appear sooner rather than later, with support for seamless Mac vs Windows gaming on the same servers, is a comfort that will keep me going until such games finally arrive.

Amongst the current range of 70+ titles already available for Mac is of course Portal, which was made available to both Windows and Mac users as a free download until May 25th. As an essential purchase whether free or paid, I leapt at the chance to download Portal, and was pleasantly surprised by how well it ran on my system. Despite my rather modest Mac mini setup, the game ran well on mostly medium settings, with stuttering and slow down kept to a bare minimum. Although my mini didn’t exactly tear through the game, Portal at the very least ran to a playable standard, and gave me some hope that other relatively modern games will run just as well. Naturally though, I don’t expect to be running Crysis anytime soon. 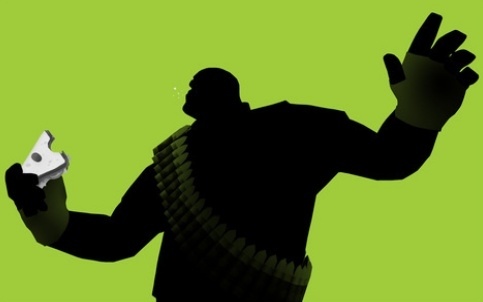 Beyond Valve’s own back catalogue though, what excites me the most about Steam as a digital distribution service is it’s commitment to indie and more lesser known titles. Little over a week into it’s life cycle, and Steam is already packed full of delightfully enticing gems that I would otherwise had never have heard of, much less played. Thanks to the Steam Indie Pack, retailing last week for the very reasonable sum of £14.99 ($21), I now have And Yet It Moves, Galcon Fusion, Machinarium, Osmos and World of Goo already amongst my collection. Other than World of Goo, which I already knew was awesome before I bought it, the other 4 titles were a mystery to me. Particularly in the case of Machinarium, I couldn’t be more impressed with the quality on offer. An unspeakably charming point and click adventure with an art style to die for, and costing little more than the price of a pint to boot, Machinarium is an absolute pleasure to play and a welcome change from the usual AAA blockbuster I’m accustomed to on console. That’s even before I tackle the other 4 games that comprise this particular bundle.

Although Steam itself has had some teething problems and the selection of games on offer could do with some added sprinklings of Valve quality, these are issues which are merely part and parcel of a new product launch, which is essentially what Steam for Mac is. This is uncharted territory for both parties, yet represents a huge step forward for gamers running Apple’s OS X. The selection of games might be a little lacking at the time of writing, but the mere presence of such an established distribution service on Steam puts Mac gamers light years ahead of where we were a fortnight ago.

On a personal level, I couldn’t be more impressed with Steam. Whether it be the platform itself, the ease and no nonsense approach to content delivery, the range and quality of that content, the sales and pricing or even small things such as the chat options and achievements lists, I’m incredibly excited to finally get in on the action. Taking my own gaming habits into account and with Steam making such a superb first impression, I’m already putting serious consideration into my console future. Even if that requires an upgrade from my humble mini. Here’s hoping for an iMac refresh in the near future.

Email the author of this review at matc@tap-repeatedly.com.