November of 2016 seemed a long way off when I kicked in my $50. Now, alas, it seems like we’ll have to wait another stretch after that before we get our hands on Ice-Pick Lodge’s anticipated Pathologic remake. The new target release is Fall 2017. That delay, while disappointing, isn’t much of a surprise.

The message went out to backers yesterday, along with news that a playable… chunk of Pathologic will soon be available to said backers as an appetite-whetter. This little piece will apparently be a standalone prequel of sorts, thus not spoiling any of the actual game content or creating a consistency hazard within the overall narrative.

Ice-Pick Lodge insists the problem isn’t that it bit off more than it could chew with the remake; rather, they’re saying that stretch goals and the overall evolution of the project — plus technical challenges — caused this delay. Of course a change in the overall evolution of the project, and the addition of stretch goals after the Kickstarter was done, both represent a kind of ambition on the part of the developer, and being over-ambitious is essentially the same thing as biting off more than you can chew. Regardless of what happened, the fact is Pathologic would have been an intensely complicated game to remake under any circumstances, and Ice-Pick Lodge made the decision long ago that a pure remake was not what this project was going to be about. They made the right decision there.

Pathologic is one of the very few games that people will still be talking about in a hundred years; what remains to be seen is whether people will be talking about the original 2005 release, or the HD Remaster released last October, or the remake that Ice-Pick is now developing. Given the honored status of the 2005 edition, one might argue that the smart move is to remain faithful to it, with a few adjustments here and there in the interest of accessibility. 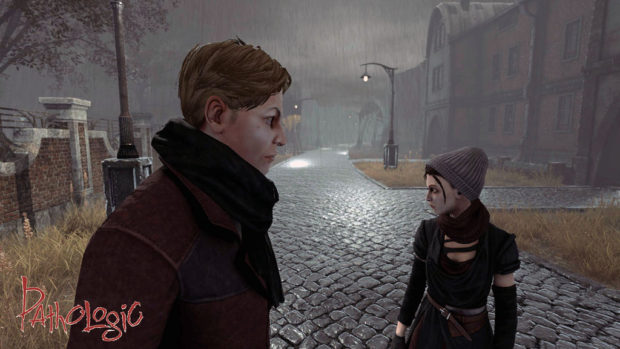 The thing is, Pathologic’s strength as an experience lies in series of surprise twists that arrive in the latter half of the game. The vast majority of players never made it that far, because Pathologic 2005 was both incomprehensible and ruinously difficult to play. The game, having found success in Russia, was quickly machine translated and popped into a box for Western release. The result was a word-salad that only a Google Translate could produce. Simply understanding what you were supposed to do and how you were supposed to do it was a matter of trial and error. In a game that intentionally broke the fourth wall and often went out of its way to deceive the player, the absence of linguistic clarity took what could have been a fascinating challenge and made it into a maddening slog.

The other issue — that it was hard — was due in part to that bad translation, but also to the fact that… well… Pathologic was hard. It was meant to be hard. The then first-time developers at Ice-Pick Lodge made a number of rookie mistakes in their design, though, and that exacerbated the hardness to an almost infuriating degree. Combat, for example, was simply not fun; it “worked,” technically, and strictly speaking it wasn’t a major part of the game, but when it did become necessary combat was a matter of save-try-reload-try again until all enjoyment and tension had drained out of the process.

The translation problem was fixed with the HD Remaster. It’s interesting how much more accessible Pathologic is when the people are saying things you can actually understand.

The storage we share are bones, but mine are affirmed of creation by employee and they have children. Effort of inequal thought?

We both have skeletons in our closets. Mine are the skeletons of my workers, yes. Theirs are the bones of children. Which is worse?

Suddenly you feel like at least you’re getting the input you need to make informed decisions, y’know? The hi-res textures also helped the HD Remaster, but nothing else was changed. The combat is still horrible; the parts that never worked still don’t work. Ice-Pick Lodge was clear about that when they released it, so they bear no blame for it. But the HD Remaster is not the “idealized” Pathologic we hope for; it’s more of a tide-over. 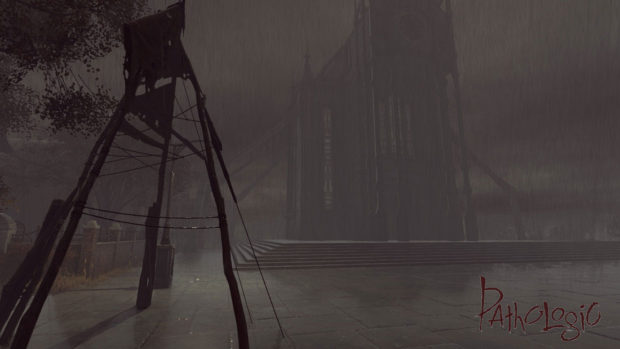 And either way, to really “get” why Pathologic has such, *ahem* pathological disciples, you need to have either finished the game yourself or learned about the ending in a very specific way. Just telling a person how Pathologic ends is sort of like explaining the twist at the end of The Sixth Sense to someone who hasn’t seen it. They’re like… “okay.” Being told something, no matter how shocking it is, doesn’t usually have the same impact as experiencing it. That’s doubly true in the case of Pathologic, where the entire weight of the reveal depends on the manner in which it’s presented. The Sixth Sense would have worked as a game, but Pathologic wouldn’t work as a movie. It’s not enough to see or be shown in Pathologic. You have to be part of it.

There are a couple ways to do this beyond actually playing the game (something I could not recommend until the HD Remaster appeared), each of them — including playing through — all introduce the same fundamental problem. Once you know the secrets of Pathologic, they will not affect you again. So simply remaking it may result in a fine game, but it won’t be something people talk about for a hundred years.

My feeling is that Ice-Pick Lodge is very proud of the original Pathologic despite the flaws, and that they’d really like to recreate its intensity and power with the remake… but I also feel they understand perfectly well that they’re going to have to reinvent the game pretty aggressively in order to accomplish that. I tend to think they’re making the right decision, even though it means we’re not going to see the new Pathologic until late 2017 at the earliest. 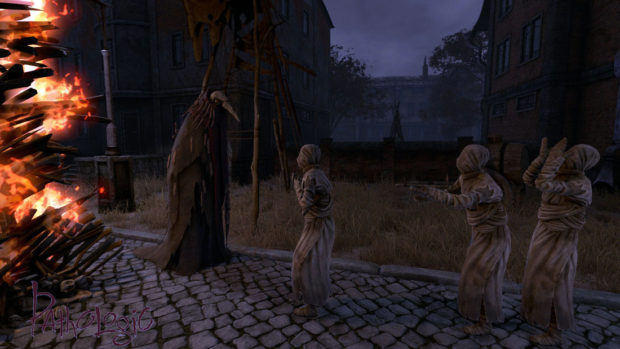 I only finished Pathologic 2005 once, and finishing it once doesn’t guarantee you’ll ever be able to finish it again. I’ve been playing the HD Remaster on and off since it came out and I’ve never made it very far, partly because I’m trying to get an ending slightly better than the one I originally got. Once I achieve that, there’s still two other characters to play through the game as, and their perspective on what’s happening is entirely different from that of the “starting” character. For nine dollars I could theoretically get a lot of play out of the HD Remaster. It’s another reason why I’m okay with the fact that the new Pathologic is going to be a very different animal from the old one… by the time the remake comes out, chances are I’ll want something more different than similar.

So the short version is: Pathologic is delayed until Fall 2017 and — speaking as a person who knows a little about the industry — I’d be shocked if it’s not delayed again beyond that. Early 2018 is much more likely, by which time another delay might become plausible depending on whether a new version of the Unity engine comes out, and what features it has.

The remake is clearly going to happen. I’d be amazed at this point if Ice-Pick Lodge just announced that the whole project had fallen apart. They have funding beyond the Kickstarter (to the tune of millions of dollars) and unlike some of their previous work, they’ve been timely and candid about the process and how it’s going. They’re also committed to doing right by Pathologic. At worst, to not besmirching the original’s memory; at best, to creating something that is definitive in a way that realizes (or even improves upon) the shocking revelations hidden in the original’s endgame. For this I say they deserve the extra time. 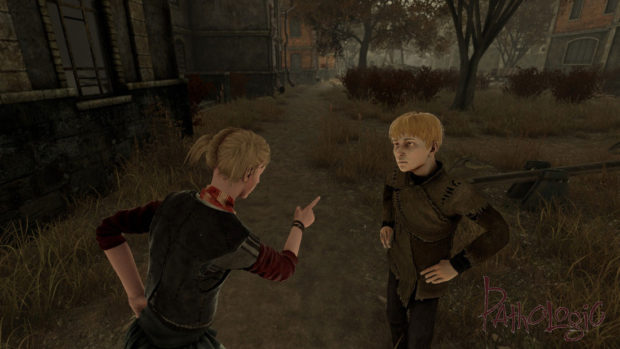 The children… oh God. To (probably mis)quote John Walker’s review, “The children of Pathologic are worth another thousand words all by themselves.”

I have more to say about Pathologic, should I ever get around to doing so. In the meantime, if you’re curious, go ahead and buy the HD Remaster and give it a whirl; if you do so, however, do so in the knowledge that any version of Pathologic is about as pleasant as living in a universe designed by Bertholt Brecht and realized by the creators of Black Mirror. This is not Pokemon Go you’re getting into here, despite the similarity of its tagline. If you gotta catch ’em all, stick with Pokemon. If you’re interested in Pathologic, well…

You can’t save them all.