This year I took a trip to PAX West, in Seattle, for a little talk among devs, a little R&R, and a little cosplay. I didn’t travel on a press badge, but I did get a few press invitations that nonetheless intrigued me. The one that interested me the most was an invitation to see a preview of the new Torment game, Tides of Numenera.

Let’s get the disclosures out of the way first: I’m a backer of the game’s Kickstarter campaign, Tap-Repeatedly’s Steerpike was previously involved with the game, and  I personally know some people involved with the game, including creative lead Colin McComb, who I worked with at a previous job! I’m also gonna disclose that one of the reasons I went for the interview was just to catch up with Colin and see what the heck he’d been working on. What I saw of the game was really cool… and you can read about that more below!

At PAX, I spoke with Colin and with George Ziets, the lead area designer on Torment. I got to ask some questions about the new Torment, how it’s a spiritual successor to the famous Planescape: Torment, but also what’s new and different about this version. The developers promise an RPG in a world like no other. They’ve written a script that contains more than a million words of text, with branching choices and dialog that mean the game won’t play the same way twice. Though the combat takes a classic looking point and click, isometric form, there are a lot of details that make this game fresh and unique. It has a strange setting, and a story that’s different from most other RPGs.

The player can choose a male or female character, but the origin of the character is the same. Your avatar is literally an avatar: a person who is also a physical aspect of a deity called The Changing God. Choice of gender does change some dialog in Torment, but the game doesn’t have a focus on romance. As a castoff incarnation, you are not sure what might have happened to you in your past lives. As you go through the game, you’ll unlock some memories and aspects of your personality. The main character’s mind is actually one of the environments that you can travel through, and change, during play. You can travel into the minds and memories of some other characters, as well. (And while you’re there, you can alter their memories… which in fact alters what actually happened to them…) 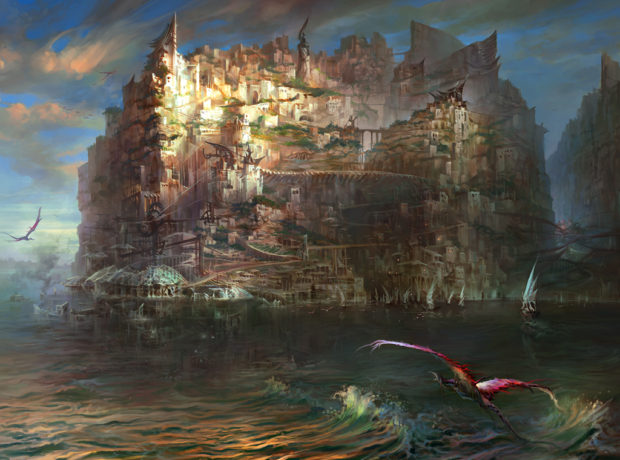 The character creation process starts out like a quiz, asking you some questions that discuss your character’s disposition and skills that the character might be interested in. This gives you a loose way to select your class and abilities, though it’s possible to make changes later before confirming. During creation, you also choose Descriptors. These are factors that give your character a bonus in one skill or aspect, while penalizing another. A character will always be deficient in some aspect, so it’s not possible to build a character that’s perfect at everything and you do have to make some real decisions.

It’s also impossible to choose every single adventuring companion for your character the first time through. You are limited in how many people you can take with you on your journey, the characters that you choose to help will unlock specialized quests. George Ziets said it would take maybe “five, six, seven” times through Numenera to see all the content in the game.

After I created my character, the game began… with a long fall onto a hard surface, and my character trying to decide how to respond to potentially falling to her death. The interesting thing? Minor spoilers! It’s possible to fall hard and die right away. And this is okay! Dying in the game is actually a choice you can make that leads to different outcomes. Sometimes, dying is even a useful way to keep the story progressing.

Fail states in general are handled differently in this game. “If you fail one of the early tasks in the game,” McComb said, “This actually becomes a benefit to you later on in the game…” He wouldn’t tell me which task to fail, of course… spoilers and all. 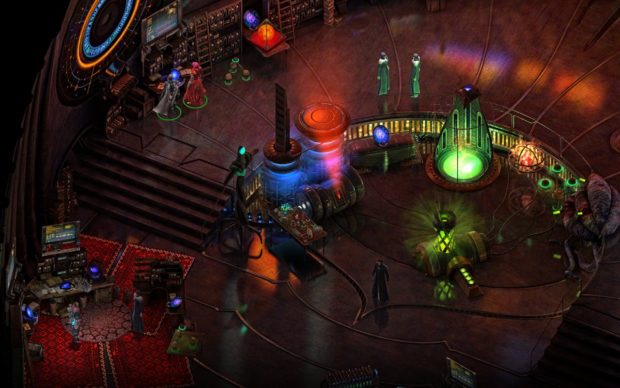 Torment: Tides of Numenera has a magic system, with a mage-like class called “Nanos.”  As designed by tabletop game developer Monte Cook, the Numenera setting is an unusual one blending science fiction and fantasy. Numenera is a world set a billion years in the future, rather than in a fantastic past. The magic system in the world is, much like Arthur C. Clarke described magic, actually a very advanced form of technology. A previous civilization left nanites in the air whose power can be accessed, and using this power creates effects much like casting spells. This concept turned out to be flexible enough to create some weird magical powers. I asked Colin if he felt the computer RPG was restrained by the original books at all. He said the opposite: setting the video game far away, physically, from the setting areas described in the Numenera books, the team on Torment had full reign to design just about any places and story elements that they wanted.

This results in some plot elements you won’t see anywhere else. During the demo, characters traveled through a portal that was actually the mouth of a creature. The mouths of this creature all need to be “fed” different things before they open; these things can be a particular item for example, or a particular emotion. The portal lead from a biomechanical town into a slick starship nothing like the previous area. Other weird elements we discussed and saw include: a pregnant robot, a traveling companion who is living in multiple realities at the same time, a man being strangled with viscera, and some really dark story choices…

Trying to be good and evil in Numenera isn’t black and white. For example, I could have instead attacked the portal creature instead of feeding it, though this would also have consequences. The game has a turn based combat system that allows for initiating conversations or other actions during battle. In almost any situation, it’s possible to talk your way out of a fight instead of taking a violent path.

I’ve always found “good versus evil” choices in games to be a little over simplified. Tides of Numenera treats the alignment system differently from most other games. It uses a system of values represented by colors, which are called Tides. The different Tides represent the way you seem to feel about certain moral concepts. Make choices that relate to promoting community or the greater good, and you’re aligned more with the Indigo Tide. Make bold, valorous choices and you are aligned more with the Silver Tide. However, not all the Tides are mutually exclusive. 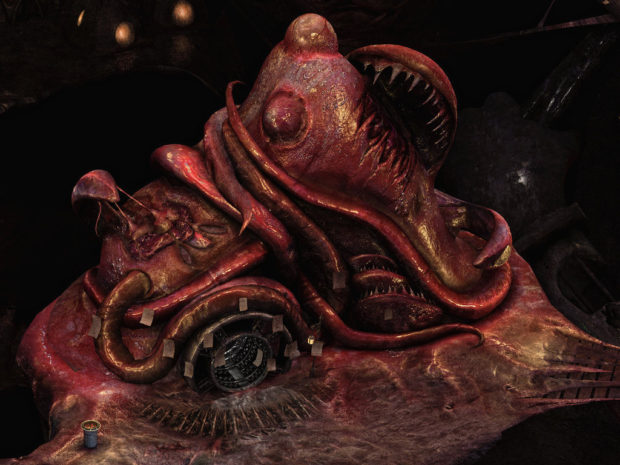 I mentioned before over a million words of prose are in this game. There’s some light voice acting, but most of the story is played out in text. This allows the writers a lot of freedom to add dialog and branches, without having to vocalize every individual outcome. This definitely isn’t a game to play if you don’t like reading. The visuals also aid to the weirdness, however, as you can see in some of the screenshots.

I checked out Torment: Tides of Numenera on both the PC and the Xbox One during the demo. I feel like the PC version is more true to the classic RPGs that Tides of Numenera is based on, but the console version looked slick. Both versions will be the same game upon final release. I’m holding out now for the final release so that I can explore this unusual world at my own pace.

If that’s not enough info, visit the Torment: Tides of Numenera for lots more words, and several more screenshots. If you can’t wait to try the game right away, it’s available now on Steam Early Access.

3 Responses to Hands on with Torment: Tides of Numenera at PAX West