Dejobaan Games is a Boston-based indie studio. They have a sharp sense of humor, and I like their work, in theory, which is why I am on their mailing list. I don’t like their work generally in practice, however, for one simple reason: I get simulation-based motion sickness, and a game about base-jumping off of high structures for points sets that off in about thirty minutes, never even mind the Oculus Rift. When even The Wonderful End of the World forced me to give up and have a liedown, I thought I might have to give up on this studio’s work altogether.

But then I was offered a chance to try out Elegy For a Dead World, created by Dejobaan and Popcannibal, and I jumped at it. I’d tried the game out at conferences previously, and the premise intrigued me. This is A Game About Writing. I like writing!

In Elegy For a Dead World, your avatar is an astronaut with a little jetpack. You navigate through dropped through a series of three different portals that lead to other planets or dimensions. Your job, such as it is, is to write some stories about the things you see. As you move around in the 2D environment, you come across weird, evocative things like broken statues or cryonic tubes, and then you can write a note about what story it implies. Notes that you write are fixed to these places in the environment. The trailer below will give you an idea as to how this works.

The game provides only three different worlds, but also a series of different prompts for each world. You can choose to write without a prompt, and leave notes anywhere you like, but with the prompts, the game will provide half-sentences with blanks to hopefully inspire you. The prompts allow you to tell a straightfoward story, or one with a plot twist, or to fill in blanks in famous poetry. Or they might even invite you to go ahead and write badly, which is liberating in a way.

Classroom usage is implied. In one set of prompts, incorrect sentences are provided, and the task for a player is simply to correct the mistakes in each sentence. This is a pretty clever idea, and apparently adoption in classrooms worldwide is broader than I would have anticipated. Thanks, teachers!

I seem to recall that in rough drafts of the game, everyone could read everyone’s posts within the environment. In this final version, the stories in each world are compiled into a little picture book that other people can read. The picture-book format is a real upgrade, since this way things are much less cluttered in the actual dead worlds. 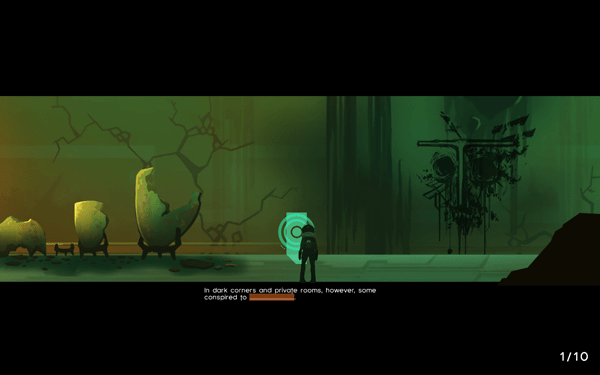 After reading the books, you are allowed to upvote your favorite stories. There’s nothing to keep garbage out of this system, exactly, with no downvote or reporting process that I can see. But since you have to deliberately seek out stories to read them, and there’s no way to interact with other users other than upvotes, I believe the theory is that the best stories will remain visible and that anything low-effort will just fall off the charts. The first person brave enough to write hardcore pornography into Elegy For a Dead World: please let me know how that goes.

Discoverability is always a problem with user-created game content. Elegy For a Dead World does not solve this problem as far as I can tell. Stories can be sorted by Most Popular or Newest, but since Newest is more likely to be dross than not, you’ll probably want to check out Most Popular first. This means that Most Popular will likely always be Most Popular, because the most popular stories are going to be both good and highly visible. Achievements in the game are collected by getting upvotes (in the game, called Commendations) on your stories, but it takes 1000 of these to get your first Achievement.

To compound this problem, Emily Short was in the beta, so

I mean how the hell does a mere mortal compete with that?

After my initial foray into the Dead Worlds, I started brainstorming with some friends about how to make the game more interactive. Perhaps a team of people could follow each other’s stories, continue to leave notes for one another, and turn a map into a sort of asynchronous roleplaying activity. Otherwise, each world visit feels sort of one-and-done. I’ll probably go back and mark up a few more spaces with different prompts, but the idea of really campaigning for a thousand votes on anything I’ve put in there seems daunting.

Try this game out either if: you’re a teacher looking for an interesting set of creative writing prompts, or, you’re interested in checking out illustrated works from a few talented IF authors. It’s pretty and quite thought-provoking, but perhaps a short experience for the average user. 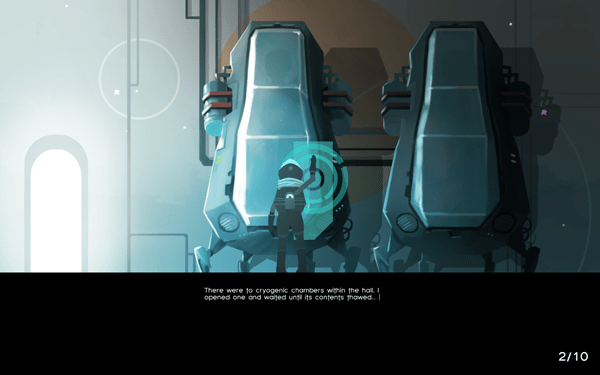 Elegy For a Dead World is available right now on Steam. Thank you to the developers for providing me with a beta review copy.

3 Responses to Impressions: Elegy For a Dead World