I really like Escape Goat 2, the puzzle-platformer from Magical Time Bean, now published by Double Fine Productions and available on Steam and other digital distribution platforms. I really liked it when I played the demo earlier last year, and I like it even better now. It’s the whole package: polished art, perfect controls, a killer soundtrack, slick puzzle design.

Still, I’ve been struggling with how to write much more about Escape Goat 2, which is why my review didn’t go up last week when I was playing it more frequently. It’s not profoundly paradigm-shifting. It’s a comfort food game. A pancake breakfast on Sunday, or a pair of warm socks out of the dryer. It has a double-jump and a dash button and cute animals in peril. 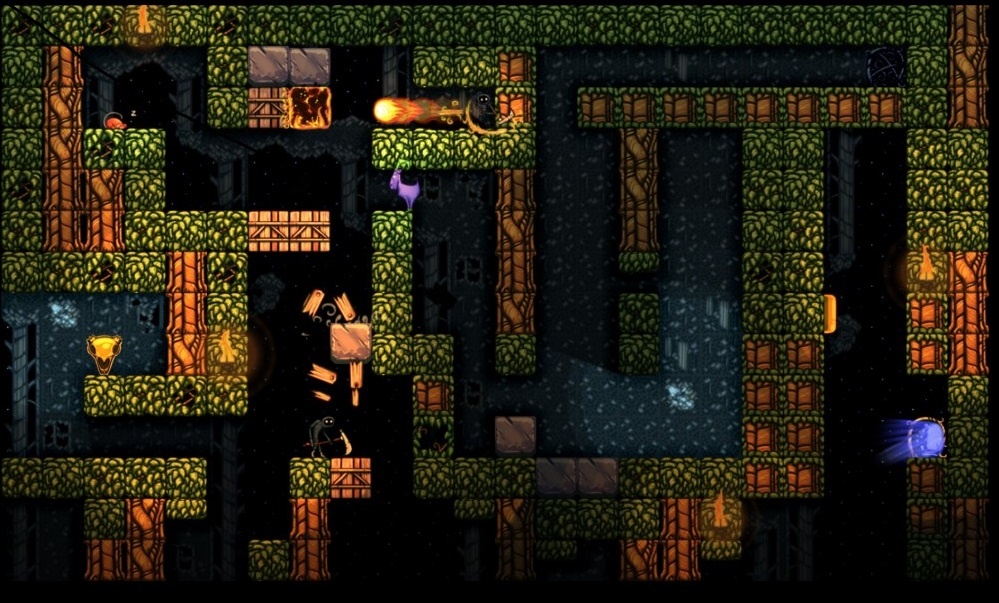 That isn’t to say the game is casual. Really, it’s far from it. Escape Goat 2 recommends a controller at the start and I do think it would be impossible without it. It starts out simple enough. The titular goat must stand on switches, and push blocks, and avoid some mild traps. The goat is helped by a friendly mouse, and through the game’s levels the mouse may pick up a variety of options that give him optional special powers. A Magic Hat allows the goat and mouse to switch places. A Tiny Hammer turns the mouse into a large block, suitable for weighing down switches or Companion-Cubing one’s way through enemy fire.

And then the game gradually gets more devious. It opens up tunnels that seemed previously impassable. Further levels require faster reflexes of the little goat, and contain wicked surprises. More than one later-game jumping section is what I out loud called “some serious I Wanna Be the Guy shit!” (a thing shouted before nearly spiking the controller into a coffee table). When a room is failed – and they are failed often – the goat dies instantly in a splatter, and then respawns instantly. It’s possible to get stuck as well, and have to self-destruct the poor little goat. If you fail a level enough times, the “Quit” selection in the menu will change to “Rage Quit” instead. I am not entirely proud to say that I hit that button, twice. 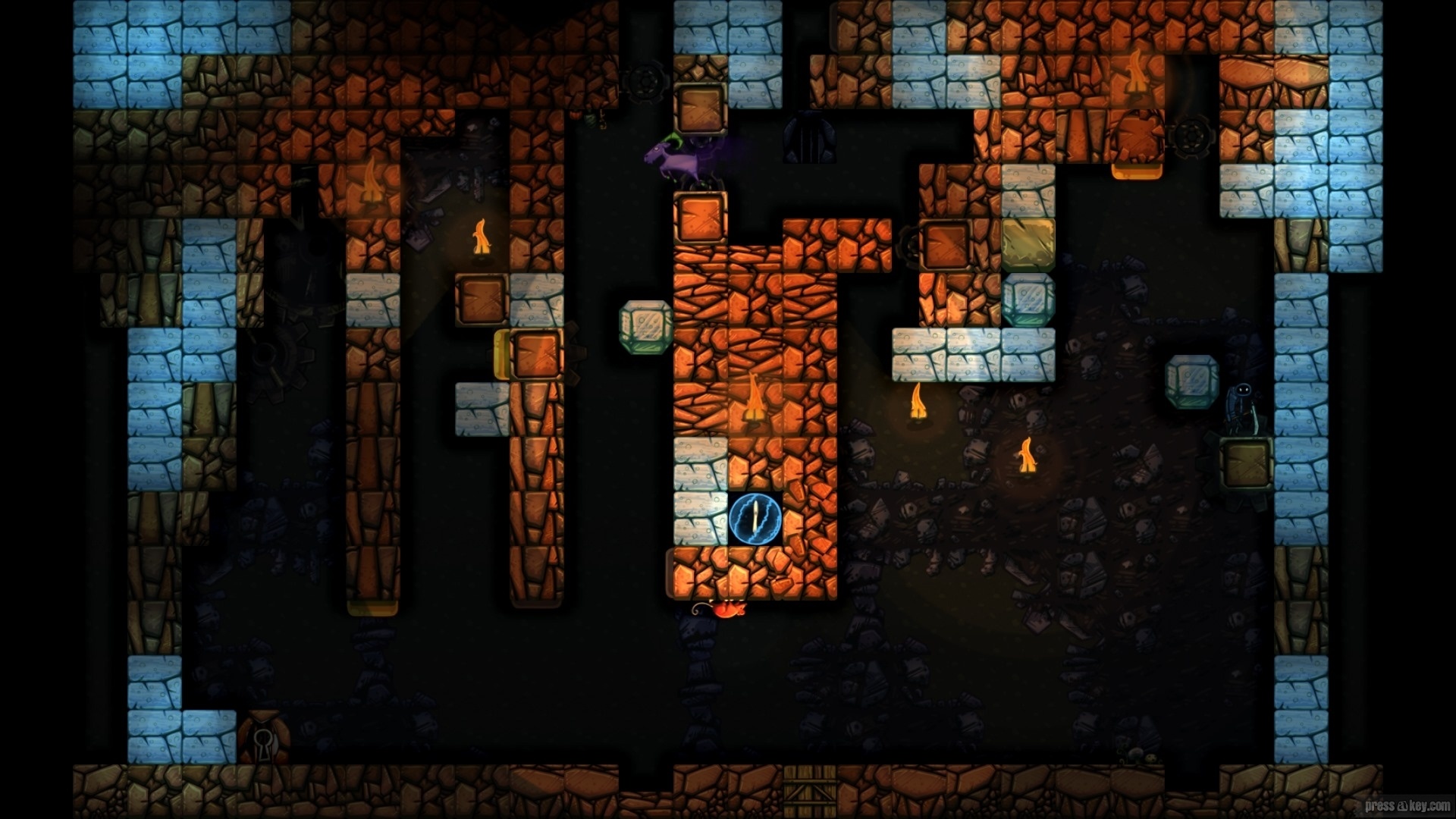 The game’s masocore pedigree is an indicator that it will not always be entirely fair. Some puzzles deliberately trick the player into following a false solution, whose wrongness is only evident after the goat is stuck or summarily exploded. It’s sometimes – though not always – hard to look at a certain room and see the totality of it. Certain switches in the puzzles do not have strong indicators of what they will effect until they are already pressed, and some switches are outright traps. I don’t find this a tremendous flaw in the game, because it’s in the spirit of humor and restarts are simple and frequently mandatory. But the puzzles can be a little trial-and-error, rather than totally cerebral. To balance, there are a couple very nice features: one, the puzzles are all singularly self-contained, each one taking up only a single screen-sized room. Two, the situation where the player is confined to only one puzzle room at a time is very rare, and if one room is proving too difficult there are usually two or three others open in different branches of the game that will still lead to progress. The game has a lovely map interface that shows all unlocked rooms, and expands as different rooms open up, allowing easy traversal between puzzles. So, the game can be unfair in individual rooms but it’s balanced by design choices that are extremely fair on the whole.

As I mentioned in my original preview, Escape Goat 2 is basically an update to the original Escape Goat. Playing the first Escape Goat is not necessary as a prerequisite for the second. The game does not have a profound story, though there’s some cute dialog between the goat and the various sheep that he rescues in the game’s mazes. The music and graphical lighting effects also do a great job setting the mood. Take the soundtrack for a spin: it’s really fantastic. (And composed by the developer, so I’m blown away there.)

I really like Escape Goat 2 and I think you might too. When it’s not pissing me off, anyway, which it did do frequently. Still, it’s a snack-like game and even when it’s frustrating, it’s so friendly and colorful that it’s hard to hold a grudge.

Games I played in 2014 and thought were gud.