The sad truth is that video games are no stranger to being used as a scapegoat for society’s ills.

But we could use something more lighthearted, I think. What if there was an —

was a puzzle platformer released in 2011 for Windows and XBox Live Arcade. 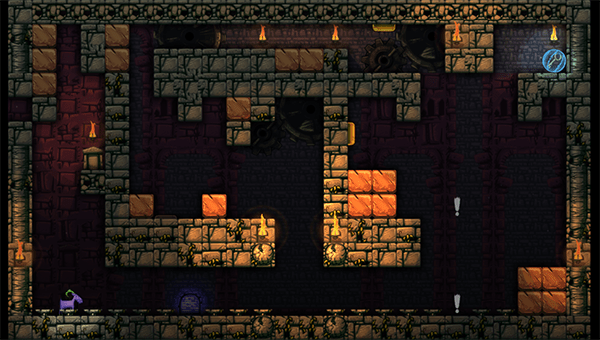 If you are not familiar with the formula, here that is now: there is a goat, and that goat must escape. Simple. But devious. The titular goat traverses through a series of increasingly challenging, sometimes-sadistically trapped rooms. As the game goes on, the goat discovers new powers that allow him to solve increasingly difficult puzzles.

One example: the goat has a mouse for a friend. He can set the  mouse loose, allowing the mouse to press switches for him and reach spaces he can’t. Or he can set the mouse down in a spot, so the mouse can keep a switch depressed. Or, if he finds a magic hat, he can use its power to switch places with the mouse instantly… and so-on.

The goat will also probably die a lot, because sometimes rocks fall on your head in Escape Goat 2. But the game is never really about the execution challenge or quick finger work, and a lot more about figuring out the proper sequence of things to do in any particular area. Each individual board is short. Sometimes it’s impossible to die on a board, but the goat can get trapped easily behind the wrong switch, forcing a restart. Other times, one small action causes a violent, explosive chain reaction that you suddenly have to navigate in a hurry or face certain doom. 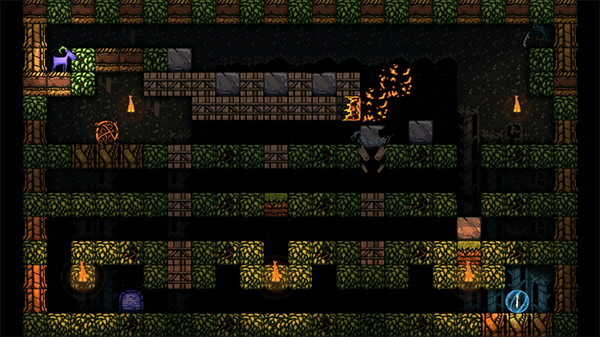 I got a chance to demo this game at Casual Connect and I’m finally reporting on it now that I have a copy of the alpha build. Now that I have the game at home, I will confess that Escape Goat 2 is one of the few indie games that I’ve played recently that absolutely refused to run on my laptop. The dynamic lighting effects actually take at least a pretty reasonable graphics card to run. This is still the alpha build, so I’m not sure what the final requirements will be, but it’s something to be aware of.

Word is that the game was supposed to be out already, but has been slightly delayed. But the word is also that it’s going to be coming to Steam, so that’s a plus for all us Steam addicts who already buy too many games. Escape Goat 2 is hard to find a deeper meaning in, but it’s fun, cute, and occasionally brain-twisting. And of course, it loves puns. I’m glad I got to try a demo and looking forward to the full release when it’s done.