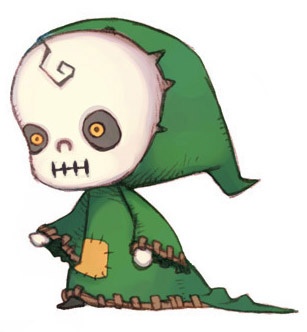 I want this little guy for my friend!

That’s the basic premise behind Konami’s upcoming Nintendo DS offering, Little Magician’s Magic Adventure or Magician’s Quest: Mysterious Times – not to be confused with the online Manga of the same name – or Enchanted Folk and the School of Wizardry (EU).

Players will take the role of a custom-created boy or girl and enroll in the Magic Academy, alongside 150 fully interactive pupils, to become a master magician. Over the course of the 52 week school term, players will encounter different stories and adventures based on the bonds formed with the other students and how you choose to solve the 52 adventures.

If this is anywhere near as addictive as the original Animal Crossing – which is pure digital crack – your life will cease to exist outside Magician’s magical realm. There’s an English video clip of Magician/Enchanted Folk posted to YouTube for all our cave-dwelling readers who’ve never experienced the greatness that is Animal Crossing. For a real treat, check out the original Japanese game site; there you’ll find several movies, TV commercials and screen-shots.

It appears that Magician/Enchanted Folk will release sometime in 2009, but nailing down the exact month or even which quarter appears to be a crap-shoot – Konami US doesn’t even list the game on its website – so as soon as we know, we’ll let you know.