Viewing the comments threads on video game web sites is like stepping into some alternate universe where people are sincerely anticipating Grand Theft Auto V.

Maybe I could’ve written “I am old and out of touch” and said the same basic thing. Or maybe I’m being a hipster; I’m not buying Grand Theft Auto V, you plebeians, because it is too mainstream, and it’s what everyone will be playing and I’m way too cool for that. Or maybe it’s because I’m a woman and chicks just aren’t into this sorta thing.

Except that none of these things are true. As my headline mentioned, Saints Row IV was so nice I bought it twice. To be more precise, between my husband and I, we bought it twice, because we have all the consoles these days and clearly both the 360 and the PS3 wanted a copy of the game. 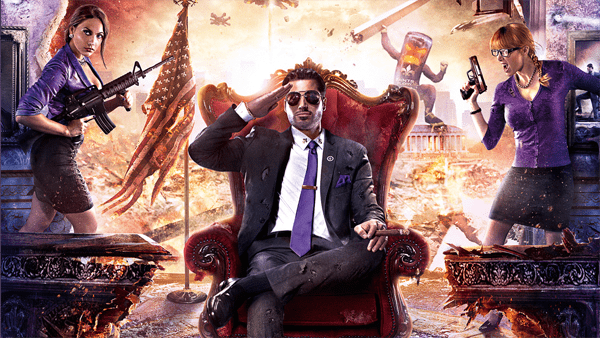 I tried to get into Grand Theft Auto IV, but I ended up totally agreeing with Steerpike’s review that its main achievement was being “memorably mediocre.” On the other hand, looking back, the only reason Saints Row the Third didn’t make it to my games of the year list in 2011 was that I picked it up as a Christmas item and played it a bit too late. Which of these games did I want a sequel for? The answer is obvious.

But in case you needed more justification for this decision, other than me being an old female hipster (already covered), here’s several more detailed points, all set to songs from the Saints Row IV soundtrack.

The following, as I understand it, are the selling points for the upcoming Grand Theft Auto V.

Here are the corresponding bullet points for Saints Row IV.

Of the above lists, GTA wins on one factor only that I can see: setting, since San Andreas was the last good GTA game. Those Grove Street pictures carry with them a powerful nostalgia. But if I’m really feeling nostalgic for San Andreas again, it’s only a few mouse clicks away. GTA V meanwhile has GTA IV to overcome…

Along For The Ride

It was nice to see Rockstar admit in its GTA V gameplay trailer, however subtly it did so, that the driving in GTA IV needed some work. There is no desperation in the nice trailer lady’s voice when she promises the controls are now “fun and responsive.” I thought at one time, playing GTA IV, that it was my fault. Surely since many other players were able to make this driving system work for them, the problem with GTA IV‘s driving was somewhere between the television and the couch.

But after getting my sea legs again in San Andreas, I’m still semi-competent, so I’m going to blame GTA IV and not myself. Maybe the cars in GTA IV are merely “more realistic,” and if so, I have discovered that I do not want my video game cars to be very realistic. I’d rather my video game cars all handled like Mario Kart; just give me a playable game. The driving in Deadly Premonition is better than the driving in GTA IV.

The driving in GTA V would have to be better than the driving in GTA IV. It probably still won’t be as good as the driving in Saints Row IV, on the occasional times when I feel like doing said driving. It also will not have Pierce Washington singing duets with me on the radio while I do so.

The Boys are Back in Town

Grand Theft Auto V won’t have any of the old San Andreas cast, and that’s confirmed. No CJ, no Ceasar, no Officer Frank “Samuel L. Jackson” Tenpenny. Saints Row IV has most of the same cast as the previous games, and if I hadn’t played The Third I’m sure I’d be totally lost here. SR4 also has callbacks to SR2 and, at least I think the first game, in ways that make me really want to go back and try them all just to check it out. 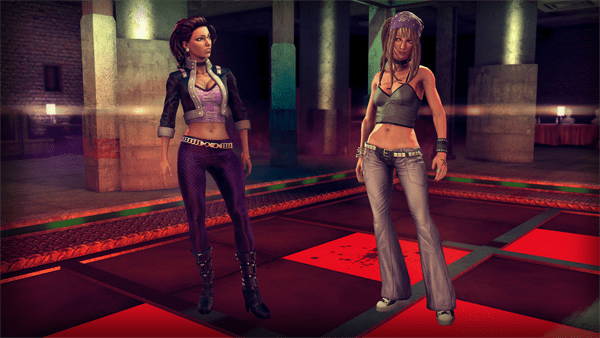 Where it comes to The Third I used to see a lot of comments to the effect of “Shaundi is totally different now.” So finding out that Saints Row II Shaundi was present in Saints Row IV (not a spoiler – it’s in the trailers), I went back and watched some SR2 cutscenes to get a feel for her. What I saw was… not necessarily a different character. Shaundi in SR2 is eager to prove herself to the Boss and be useful. Shaundi is also doing a lot of drugs. In SR3, quite early on, Shaundi loses Johnny Gat, a character that was obviously important to her. From there she’s sober, and she’s a much angrier person. In SR4 Shaundi has the opportunity to reconcile her current personality with her old one, with the help of virtual reality. It’s a wink-nod admission that the writing on the character took a swerve, transformed into showcasing actual character development. That’s quite a feat for such a ridiculous game.

Saints Row has an unfair advantage with its character re-use. These are people I’ve gotten attached to over the course of the previous game, and the plot structure surrounding getting the gang back together and completing “Loyalty Missions” works because I care, even though it’s also shamelessly stolen from Mass Effect 2. Grand Theft Auto V meanwhile will be starting fresh. And quite frankly, even putting aside that I obviously can’t play it as a woman, I doubt it will have many interesting women in it, either.

Money on My Mind

In my semi-review I mentioned The Third sometimes wore a little thin, and Saints Row IV doesn’t not have that problem, since its length is bolstered by objective-based side missions. Many of these quests are doing the same thing over again in different parts of the city, which is exactly how GTA IV worked. Saints Row IV has a lot of recycled assets and content, not just from within itself but, as mentioned, from the previous game. Saints Row IV is also a glitchy little bugger, which slows down for me semi-regularly on PS3, and has locked up entirely twice (XBox 360 has similar lockup issues, but no slowdown). 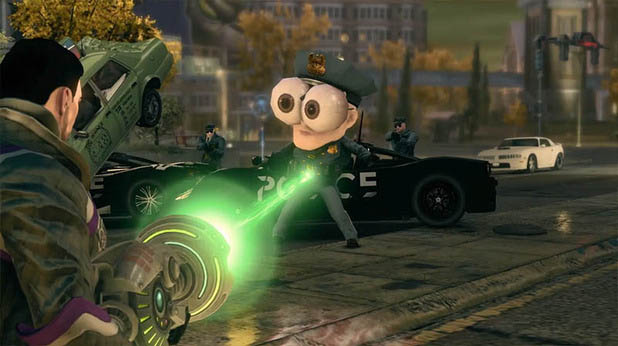 Saints Row IV paints over the bugginess by altering the scenario. Your character, the Boss of the Saints, is actually trying to break the virtual reality that holds the game’s simulated world. The game crashing is not intentional (one would hope). But inevitable minor graphical glitches become wanted outcomes: signs that your chaotic influence is having a positive effect. Enemies snap into T-poses or wiggle free from their animation skeletons during combat as part of the normal course of play. There’s flashes of untextured skybox before the city area loads. Z-buffers throughout Steelport’s brick walls are forever locked in pitched battle. Don’t worry; Saints Row IV meant to do that. The game even avoids having characters comment on this in “boy is this game broken” fashion at least most of the time.

I can’t really blame developers for recycling assets for AAA games. It’s a careful wire to walk, though, since too much recycling makes enemies repetitive and environments seem uninspired. I don’t have any firsthand accounts from current-day Rockstar, but based on reports from a few years ago, their strategy for combating this problem seemed to be hiring eager young environment artists straight out of school and burning them out with overtime. This is part of the price that is paid for the largest, most massively detailed cities in gaming. A vote for Saints Row IV and its recycled city is a vote for greener, more sustainable game development.

Saints Row IV is an admittedly flawed experience. Sharp writing and some creative weapon and superpower mechanics still make it a game I happily recommend. I write this at about the half-way point in the game, having logged several evenings and over a dozen hours with plenty left to do in Virtual Steelport. That’s just not bad for a game that some people derided as glorifed DLC.

In a best case scenario, GTA V is also written sharply. GTA IV did set a pretty high bar here and had some memorable characters, though none I liked as much as the Saints characters at the end of the day. But also in a best case scenario, it’s likely GTA V will still also be padded out with repetitive mission structures, have mundane weapon selection, and will be packed cluckin’-full of shallow implementation of a bloated number of optional worldbuilding features for the sake of a surface-level appearance of “hugeness.” I am prepared to be wrong here, fully admitting that I have only trailers and hype to go on. I don’t really expect to be. In any case, I can think of no scenario where GTA V has a Dubstep Gun.