I thought Steerpike’s post about Madness as presented in cinema and in games was asking all the right questions but offering precious little in the way of answers. Since my wife instructed me to do the weekly house cleaning before running off to a beauty parlour, I thought there was nothing more logical than to ignore her wishes and try to analyze what exactly we mean when we say “madness” and how come it almost always comes across as lame in games. Also, I try to offer some titles that can serve as potential grounds for a more serious discussion. As Murphy’s Law would have it, those are mostly old and/ or obscure games, but luckily, two out of three are easily available for online purchase at really low prices. You’re literally a couple of clicks away from tasting the madness in videogames yourself – being able to purchase, download and  install these games before you even finish reading the article and see how I right or wrong I was – which clearly is one of the reasons Internet beats printed media.

For the record, I thought Moon, the film, was a pile of arse. Well, not quite arse, but it failed to engage me emotionally even though intellectually it made pretty clear what it was intending to do. There are several reasons for this, most of them technical, I believe, whatwith the film giving false signals to the viewer in the beginning (hallucinations), making us believe this IS a film about madness only to pull the carpet from under us about halfway in and say “hahaha, see, not madness, not madness at all!!!”

Not saying it’s not a likeable film, but for my money, it failed to do what it wanted to do. More importantly, and on topic, it really isn’t a film about madness even though it pretends to be for a while. What it is about is politics and notions of freedom and personal choice, all valid topics of course, but it never once speaks of freedom or personal choice of people whom we (the silent majority) deem insane.

The thing with madness of course is that it’s only an item in literary terms. There is no “madness” outside literature/ pop culture. There are numerous psychological states, ailments and illnesses but they are vastly different in intensity, symptoms, causes, treatments etc. Manic depression, paranoid schizophrenia and Asperger syndrome are worlds apart in terms of symptoms, causes and treatments and yet for an uneducated or simply lazy mind they can all be comfortably described as madness or insanity.

In more precise terms, then, when we speak about madness, particularly in pop-culture, we usually speak about psychotic disorders (various forms of schizophrenia, multiple personality disorders, paranoid delusions etc.) all characterised by a departure from what we call “consensual reality”. In short: the person who is “insane” doesn’t share the same notion of what is “real” (in tangible terms) with the rest of the community, most commonly with the speaker.

The problem with games is of course that they already are a sort of crafted psychosis, giving the player an already distorted reality. Reality in which it is acceptable (therefore “real”) to soak bullets like a sponge, then take a breather and be well again. Reality in which is dying and rewinding time so you can live again is not just possible but common. Reality in which the usual physical limits of human body do not apply and the psychological limits are as a rule non-existent. Gordon Freeman is nothing short of a spree-killer in his first outing, hitting a body count that would make Peter Kurten blush in a mere day and yet no one bats an eyelash. Quite the contrary – he is perceived as a hero. Because, after all, the reality of the game we are playing, the reality of 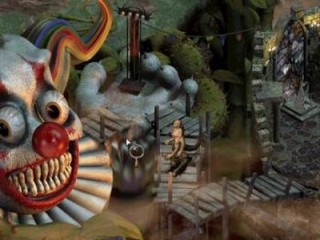 Half-Life – a game championed for its convincing storytelling and realistic characters – is a reality where sociopathic behaviour is accepted and normal, where the protagonist can have a love affair without ever uttering a word to anyone, where the difference between an enemy/ target and a friend/ asset is signalised by their clothes alone.

In other games that emulate reality with realistic humanoid models and simulated social environments your actions and their consequences have a simple binary logic that is again as sociopathic as it gets. This morning, while playing Red Dead Redemption I ran into a law officer who was escorting some convicts to prison. They, however, have managed to kill his partner and were on the run. The game instructed me to stop them, which, not having a lasso, meant killing them both. I did it, because the economy of the game granted me profit for this action and offered no profit for ignoring it. Then, when I came back to the law officer to get my promised prize, I accidentally ran him over with my horse. Immediately, a bounty was put on my head, even though he was barely scratched and it was clearly an accident. I was to be hunted and killed by law enforcers and bounty hunters for a crime that was obviously negligible compared to the assistance I provided mere seconds ago. So I promptly rode to the town of Armadillo and paid 20 dollars to get the bounty taken off my head.

This is an example of pure psychosis at work, not a world of melting walls and flying elephants, but the world where actions and their consequences have simple, clear cut, numerical value and the personality of the player’s avatar has nothing to do with their innermost thoughts, instincts, desires and fears and everything to do with the perception the society imposes on him (well, “him”, John Marston is clearly male).

The player in Red Dead Redemption has the option to be as famous or as infamous as they want – but this is only an outside measure of their personality. The game makes no provisions for personal moral dilemmas, or at least for opinions – the only way the player is defined in the game is through action with binary logic to it – which is as sociopathic as it gets. The player/ John Marston is either universally respected with people giving John Marston mad props in the street and shops offering generous discounts, or he is universally feared with women evacuating the premises on sight and shops refusing service. All this, depending on the player actions  that may even take place so far from any civilization that the nearest witness is still asleep in their bed, two time zones away. Red Dead Redemption is clearly showing us a mind so deranged that any action the player takes is immediately measured against an absurd, crudely approximated Judaeo-Christian moral code and then turned into tangible values that assist the psychopathic protagonist in navigating the social structure of the game. That’s a bit like Robert Bloch, innit?

Other games follow suit. Portal’s protagonist engages herself in a sick game with a deranged AI, learning to use futuristic technology to go through a series of spatial puzzles, rather than looking for a nearest telephone to call for help or, you know, a window to break and get away. Mass Effect’s crew is on the move to save the galaxy again, yet they will take their time to run errands for two bit criminals who spend their time in suspiciously 90’s-looking discos. Yakuza’s Kazuma Kiryu will fight to save his family’s lives, his adopted daughter’s life and his love interest’s life when Kamurocho is invaded by a covert Korean gang, yet he will happily spend hours running a luxurious host club, buying new furniture, giving the girls a raise and encouraging them to do better, even though he was instructed that it was literally a matter of minutes before all is lost. And, sure enough, the time just stops and waits for him!!! While time will run for the residents of the club, the employees and the companies that sell furniture to Kazuma, it will stand still for all the protagonists of the main game’s plot, for as long as the player desires. There are at least two time streams in this game, running in parallel, at different speeds with completely separated causes and effects, all pretending to work in the same universe. That, my friends, is madness.

And we’re talking only games that actually make an effort to be lifelike, to emulate our consensual reality to a believable degree. Yet, as demonstrated, all of them are batshit insane.

So, in a medium that is so clearly about crafting psychosis for the player, how do you present insanity?

Damn if I know, but perhaps playing something along the lines Eternal Darkness is a start? After al, that game went to great lengths to simulate hallucinations and make the player worried about their perception failing them (rather than the avatar’s).

Then there is Sanitarium. The game is available from GoG and is to date one of the only titles in the whole medium trying to actually engage the issues of mental illness, diagnosis, treatment and the underlying politics of power that exist in modern societies. 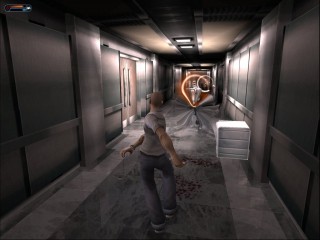 The third title that springs to mind is, surprisingly, Second Sight, a game (also available from GoG) that, on the surface wants merely to be an action thriller thematically based on the notion of psionic powers. The protagonist wakes up in a secure medical facility, bruised and battered, yet left without memories. Soon, he discovers he is in possession of amazing psychic talents, such as telekinesis, invisibility etc. and starts unravelling the plot that brought him to where he is.

And yet, as the plot comes to the conclusion, following two separate timestreams, the player realises that if one of the timestreams is true, the other can not exist. But if one of them ceases to exist, the other, inseparably linked to it, can not exist any more either. Second Sight was a very moderate hit all over the place, mostly being compared to Psi-Ops and cited as the weaker game, and yet, its plot and the way player’s actions lead to its conclusion is one of the most memorable experiences I have had in gaming. Because through my actions I managed to not merely destroy (at least one) reality – I made it impossible. I didn’t step out of it and looked at it from an objective vantage point, I literally dismembered the logic that allowed it to exist and after my actions took place even a memory of that reality looked fake.

This, my dear cousins and neighbours is exactly what your “insanity” does. Everyone can be a sociopath and, as demonstrated, most games require you to be one. Yet, the divine glimpse of realities, of logics so alien that they short-circuit one’s mind when it tries to process them, that glimpse is still so preciously rare in gaming that I can not but conclude by asking a question: if the game was really and truly insane, offering unknown, otherworldly rules around which the reality revolves, would we even be able to recognise it as a game? Would we even want to play it?