Recently I reported on a game called Everlove, a romance game targeted at women. I’ve played the game now and, now that it’s been released on a few different platforms I’m weighing in with my thoughts. Check it after the jump.

I wouldn’t call myself a truly prolific player of visual novels. I have tried a few that I liked, including Don’t Take It Personally, Babe, and 999: Nine Hours Nine Persons Nine Doors. The latter, despite its anime trappings, is a game I’ve occasionally recommended to people who don’t really define themselves as gamers. Once you get past the presentation, it’s basically Agatha Christie Plus Sudoku.

“Getting past the presentation” is an issue in many visual novels for people who don’t like the manga art style. It’s not an issue in Everlove, since Everlove uses quite lovely western-style digital paintings in its artwork. Presentation is perhaps the strongest part of the game. Characters are lovely and detailed, with a variety of believable facial expressions, and the background art is equally lush. The game makes a good first impression.

Another strength of the game is that it’s very accessible: downright breezy, really. There’s a lot of interactive fiction out there if you know where to look, but a lot of it is hidden from view, and, a lot of it asks a lot of the reader. Everlove by contrast is very light reading. I found it didn’t really require much of my attention, and if I happened to make a decision in the branching narrative I didn’t care for, a “back” button let me take that choice back easily with literally no penalty. The game is also very fair about checkpointing. It never traps the player into an untenable situation and if stopped, immediately picks up where it left off. 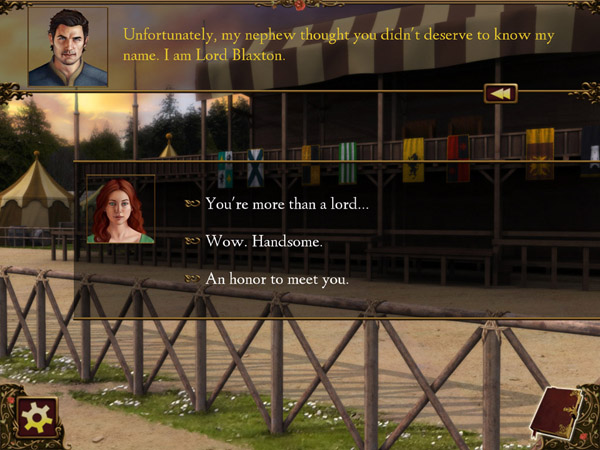 What turns out to be a strength of the game, though, was also a weakness. There are more dialog choices in Everlove than in a lot of other visual novels I’ve played, allowing me to choose the reaction of the heroine to almost everything that occurred in the story. But, these reactions are only about my personal reactions and feelings as a character, and don’t have much effect at all on the actual narrative. There’s a point in the game where the story branches, allowing Rose to choose the man that she’s most interested in pursuing. I thought that this would lead to very different paths, but, among the four paths, only a few romance-focused scenes are different, while the plot itself is the same.

The biggest difference from path-to-path is artwork based, since the man that Rose chooses to romance will be represented in some special artwork she sees during key love scenes. The impact of these artworks was diminished somewhat by the fact that they don’t seem to have the same artist exactly as the main art panels of the game, and in some cases, the reward panels weren’t quite as well-rendered and even came across as a little awkward.

An interesting tidbit is that there’s a female character in the game that, at one point, might have been a romance path that was removed from the story. It’s nice for Rose to have a girlfriend character that she can talk to (the game cleanly passes Bechdel). But sometimes the dialog between the two seems to be leading in a direction that indicates a removed queer romance path instead. It’s not really glaring, but definitely noticeable. 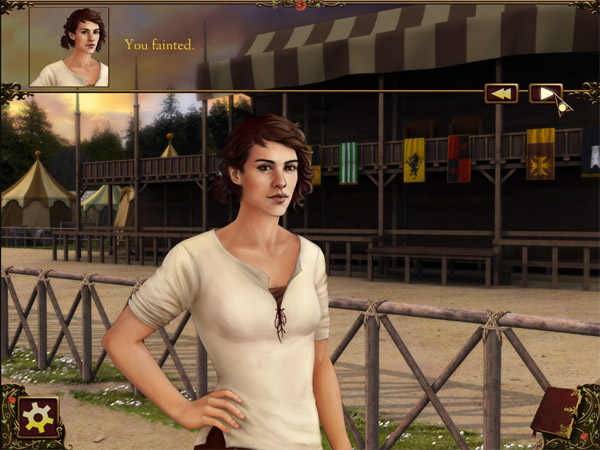 Ultimately, I thought most of the characters in Everlove were interesting. The men in the game all have different facets to them and their personal stories to uncover. But I never found myself falling in love with any of the guys, as a player. When I’m playing as a man in a dating sim, I’m often only interested in getting a cheap hookup, but Everlove is clearly about the attempt at creating a more meaningful romance. This game really got me thinking, oddly enough, about the value of combat sequences in games with a romance component. Even if one of the primary reasons I’m playing, say, Fire Emblem, is to marry Chrom, the fact that I go into battle with Chrom makes me feel as if I’m spending some time with him, which makes our downtime conversations more meaningful. Everlove is a game only about those downtime conversations. It makes me feel as if Rose is drifting in and out of conversations with different men, but doesn’t spend enough time with them to make really meaningful connections. It’s strange that I noticed the importance of combat in developing romance only in its absence, and I’m not sure what kind of thing a game like Everlove could do to replace that feeling.

The thing it does do, adding hidden object minigames and puzzles to solve, doesn’t fill quite the same need, because it’s inherently solitary, something Rose always does on her own. I didn’t mind the hidden object puzzles at first, and thought they did a fine job of breaking up the story a little, though sometimes the dialog afterward didn’t necessarily match what I was doing in the games. I didn’t care for the minigames so much my third and fourth time through the narrative. They can be skipped, but I didn’t spot this option right away, so it might be nice if the game prompted the player to skip if it knew that this was already a second or third shot at the same minigame. 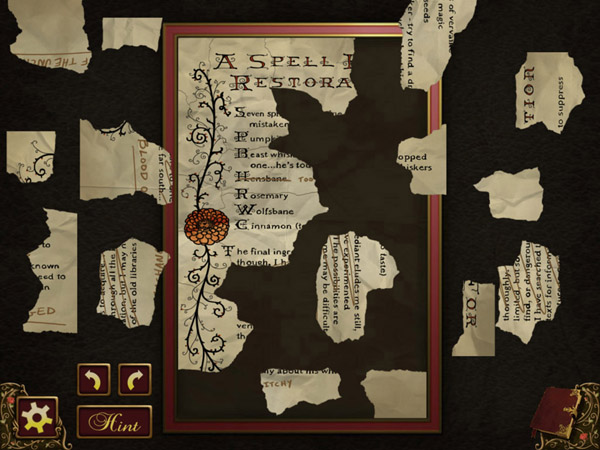 Everlove: Rose is a bit of a strange animal for me, or any game reviewer, because it is very explicitly designed for an audience that is not “people who play a lot of video games.” The audience is, specifically, women who read Harlequin-style romance novels. If you aren’t the audience it’s not for you.

I will say that I’ve talked to a romance lover who enjoys this a lot, so it seems to be hitting the right notes. I feel like bringing in new and expanded audiences is so important. But I’d love it if future installments had a bit more complexity to them, too. I know Everlove was a passion project, in the sense that “targeting this under-served audience” was a passion project, but at the same time, it feels designed-by-committee in a “targeting the audience” kind of way. I think the design of any follow-ups will depend entirely on sales and user feedback rather than review feedback like this, so it’s tough to know if reviews make a difference. I personally think the audience might be able to handle a deeper story, but this is just one step.