I’ve been on the road near-constantly since my trip to IndieCade in New York City, so a comprehensive trip report is a bit late in coming. However, I did want to share briefly with everyone the games I saw at the show. This is far from every game, just the games I personally engaged with on Saturday when I stopped in. Maybe there’s something on the list that will interest you, too! 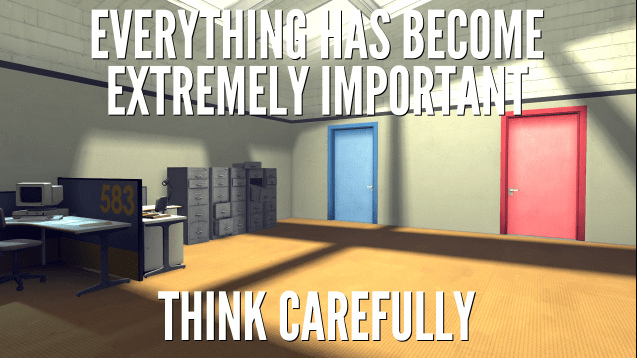 I discussed this game very briefly once, but, it was unfortunately mentioned in passing. To be honest, I love this incredible mod. I was thrilled to chat with the creator, Davey Wreden, at the event, though I fear I put my foot in my mouth a little, because, what I love about the thing is the way it sort of parodies branching narrative, but, really… it’s not just about that, is it? It’s hard to explain. But, it’s free, so you should just check it out if you have the chance. You’re going to want headphones or some way to hear the sound clearly, since the narration is what really carries it. If you happen to enjoy it, the HD Edition has also been Greenlit for future Steam release. I’m looking forward to it.

A game I’ve discussed before in more depth, during my 2012 roundup. I was happy to get a chance to see an annotated playthrough at the con. Short but worthwhile.

A fantastic game. But with some accessibility problems that I fear cripple its chances of receiving a broader audience. You may have seen my roundabout full review. 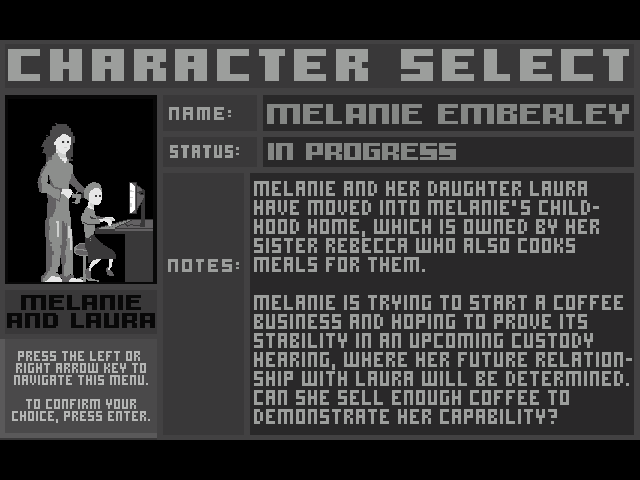 Cart Life is a bleak game, but it’s not, explicitly, about sadness, in the way of say a Depression Quest. It’s just a game about regular people in an often-cruel world, giving it the best they’ve got. It’s become an experience I find myself recommending to people over and over again. And it was great to be able to meet Richard Hofmeier and discuss … well, things in general, as he’s a pretty insightful person. I also attended the panel on Games as Commentary to learn a little more about, well, whether or not the game is commentary. It maybe isn’t.

Cipher Prime’s Splice, a game I’ve covered before, was an official IndieCade selection. But they also had another game on display: Intake, which they’re currently playtesting. Intake is a kind of Dr. Mario-meets-Ikaruga, with dubstep. It’s a lot more frantic than Splice is, but with the same jewel-toned aesthetics. It’s one to watch out for.

While some party games make me concerned for their accessibility for audiences, I have no such concerns about Bloop. Bloop is a dead-simple, “wish-I’d-thought-of-it” game for the iPad. Each player, of up to four, is assigned a color. The players tap their color on the screen, whenever that color appears. That’s it. But the game itself occurs somewhere above the iPad, where players constantly slap at each other’s hands, tangle their fingers, and attempt to occlude the screen for others to get a victory. 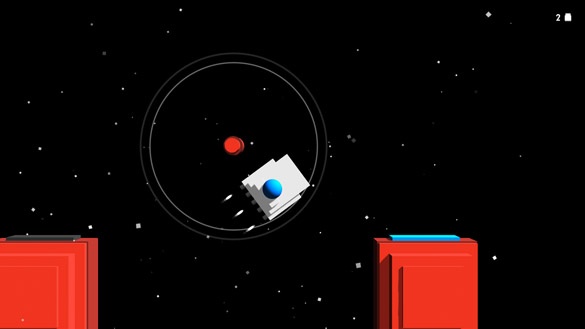 While I didn’t actually play Rakete, it makes a pretty fantastic spectator sport. This game resembles Lunar Lander. There is a sort of wobbly ship, and the object of the game is to traverse it through space, and then land it, upright, without crashing. The catch is that the ship has five retro-rockets to propel it, and, in the ideal form of the game, each rocket is driven by one player with a single button. Can five people coordinate as a team to drive one ship? That is the hook. I would say I was on the edge of my seat, but I was standing.

The last game that I played at IndieCade was Roaming Gnomes, an analogue game that required a good deal of floor space. Roaming Gnomes is a game about some cards with silly words on them. You walk about and talk to people asking them what your silly words mean, and they ask you what their silly words mean, and then you must execute instructions based on those silly words. The game pieces are full-sized garden gnomes, so the game needed something like an expo space to work. Though it was fun to go out on a big social game, I can’t say it was my favorite experience of the expo. It seemed to be a once-small game recreated at a larger size in a way that didn’t add a correspondingly large “fun unit.”

So that’s what I checked out at IndieCade. Stick with me later this month, where I’ll most likely be playing some games at PAX East, and writing about those, too! I’ll leave you here with my best photo: a bright kid who was really enjoying discussing The Stanley Parable. This kid gets it. 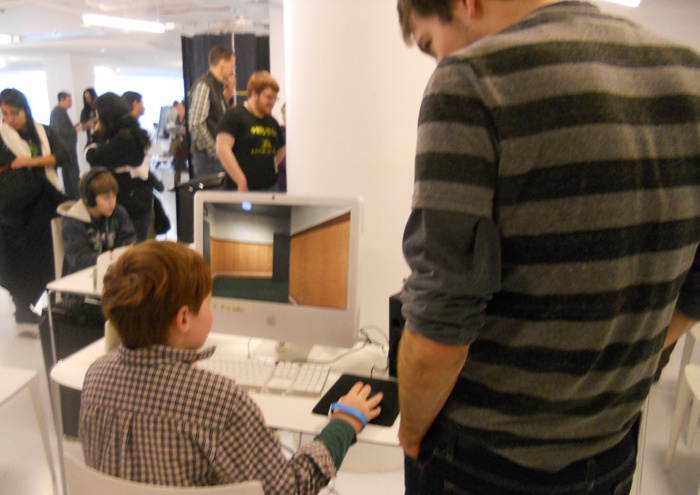 7 Responses to The Games I Saw at IndieCade East