“game” is not exactly the word.

The most fundamental challenge of mental illness, particularly depression, is not its treatment. It’s framing it in a way that it can be understood by non-sufferers. If you have the flu or if your leg has recently been gnawed off by a lawn mower, your symptoms are self-evident and relatable. People look at you and say “oh, look at the cold sweats and body aches,” or “oh, look at the spurting stump that resembles hamburger,” and because those things are visible, touchable, they’re real.

Depression is not visible and its symptoms are often contradictory and difficult to perceive. In fact, many people who actually suffer from depression don’t necessarily seem very depressed. There’s a reason for the line in that song, you know – I laughed the loudest, who’d have known? Some clinically depressed people come off as sad, others are so good at masking their symptoms that you could know them intimately and never be aware of the depth of their problems.

…we want to illustrate as clearly as possible what depression is like, so that it may be better understood by people without depression. Hopefully this can be something to spread awareness and fight against the social stigma and misunderstandings that depression sufferers face. Secondly, our hope is that in presenting as real a simulation of depression as possible, other sufferers will come to know that they aren’t alone, and hopefully derive some measure of comfort from that.

They did a pretty good job, in general, but a lot of the specifics are glossed over.

This hypertext adventure responsibly opens (after offering to let you play for free or pay what you want) with a link to a suicide prevention network and some depressing facts about depression. The creators are quick to alert you that playing Depression Quest is kind of a downer, then you’re off to the races.

I played through and wound up doing okay, not unironically. At least, I didn’t wind up committing suicide, though maybe that’s not an option.

To its discredit, Depression Quest does play on some stereotypes and beliefs that I’ve never known anyone to actually subscribe to while ignoring (at least, in my adventure) the fact that clinical depression is grossly over-diagnosed, fueling the misunderstandings about the illness and greatly reducing the likelihood that actual sufferers are able to receive both the treatment and awareness they require. The character you play in the game is an actual sufferer, and most of his symptoms (only a he is available, and this actually feeds into important elements of the game) come straight out of textbook cases.

In my game of Depression Quest, I decided to combine roleplaying with the smart road: when an opportunity to get into therapy and start on medication presented itself, I took it, despite the game text’s dire warnings about my character’s fears regarding such things. I also got a kitten, because, I mean, come on. Kitten. 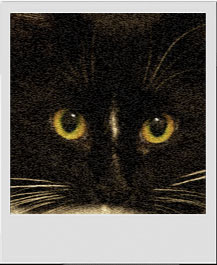 But I also broke up with my girlfriend, stayed in a miserable job that took me nowhere, alienated most of my friends, and ended the game as I had begun it: living alone in a ratty apartment I rarely cleaned, often so disenergized I was unable to even fill my time with activities that could distract me from the crushing non-ness of how I felt. The pills were working but not miraculously; the therapy less so.

Another frustrating failure of Depression Quest is how readily it tosses aside the cost of treatment – a friend tells you not to worry about paying for talk therapy, that they have “a sliding scale pay system,” and you never think about it again. Cute given that Depression Quest is itself a pay-what-you-want game (I paid zero), but regular therapy isn’t the Humble Bundle. I happen to be acquainted with a psychiatrist who charges $150 per 45-minute session and is willing to “slide” down to $100. For people who require or elect to pursue regular therapy, the failure to discuss its often crippling cost is a major chink in this game’s ability to make its point.

What Depression Quest does well is illuminate how even the most well-meaning struggle with understanding the illness if they haven’t suffered it themselves. It is almost impossible to describe the symptoms of depression, many of which don’t manifest as “sadness” at all; throughout the game, as your character endures ennui, self-loathing, inability to engage, and loss of motivation, those around him display a wide variety of reactions, from your girlfriend’s heroic efforts at support to your buddies’  ongoing frustration with your social expiry date.

In the long run, Depression Quest is not a game, but an effort to communicate complex ideas using an interactive medium. From this perspective it succeeds pretty well, and I applaud the creators, particularly given how dreary they must have felt making the game. I’d like to play through again, just to see if options like suicide are included – not because I’m ghoulish, but because to be thorough, things like that should responsibly be in Depression Quest – but I don’t think I will. It’s kinda depressing, you know?

Send an email to the author of this post at Steerpike@tap-repeatedly.com.

2 Responses to Game of Moans