My recent trip to GDC Online in Austin, TX, reminded me how much I hate traveling by airplane.  Being crammed into an aluminum tube with a hundred other people, after waiting uncomfortably for hours, after being frisked, maybe, is just not my idea of convenient.  I’d rather drive.

But this also made me return to a thought I’d had some time ago.  Traveling is expensive, time-consuming.  Daunting, even.  But there’s so much fascinating stuff in the world that it’d be a shame if we missed it.  As our gaming tech gets more advanced, are we heading for the travel game?

For about as long as the modern prose form has existed, so too have travel narratives.  Travel to exotic places has certainly always been a point of fascination, whether real or fantastic.  The trend really picked up in the 18th and 19th century, in Europe, when a mix of British imperialism, the rise of rational thought, and simple curiosity brought the style very much into vogue.  Moneyed Brits traveled to the far corners of the Empire, recording all they saw and heard and thought about – sometimes to the detriment of their subjects.

A personal favorite of mine has always been Mary Kingsley’s late 19th century account, Travels in West Africa.  For one thing she is remarkably kind (relatively speaking) to the native cultures she encountered, when it comes to her depiction of them; but more entertaining, in my view, is the levity with which her narrative approaches even the most harrowing of events.  Her account of nearly being eaten by a crocodile has about the same urgency as her descriptions of the local flora.  But Africa itself does most of the work; at the time, and certainly earlier, the average European could hardly hope to see Africa for themselves, and this distant land – far enough away to be practically a whole other world – with its exotic peoples and creatures was a place where anything could happen.  Indeed, though we can now look back at some examples of travel literature and point out clear fabrications, at the time it hardly mattered.  The world was full of wonder because of its vastness and mystery.

These days this is hardly the case.  Not only can we reasonably travel to just about anywhere in the world that we could want to, given some cash and a plane ticket, but the technological marvels of audio, video, photograph, and internet can bring the unreachable deceptively close to us.  I’ve never been to Angkor Watt or the African savannah, but I know precisely what these places look like.  I’ve seen them countless times.  But it isn’t quite like the real thing, and even so, these days we take this accessibility very much for granted.  Some people see what the rest of the world is like – or, at least, what it seems to be like – and conclude that they are quite comfortable at home, wherever that is. 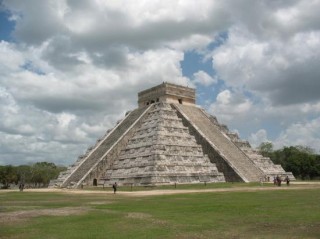 Visitors used to be able to climb this.

But I’m rather an explorer at heart when I put my mind to it, and so I feel the need to go.  But increasingly, once you arrive, you can’t really explore; preservationists keep tourists from poking and prodding the historical artifacts too much.  Don’t get me wrong, preserving incredible sights like Chichen Itza and Stonehenge for future generations is really important, and there are indeed some tactless morons out there who will ruin these sites for everyone just so they can have a keepsake.  But for me, it’s immensely disappointing when, after crossing an ocean, I can’t get within one hundred yards of the best-known megalithic site in the world.

Which brings me to games.

“A City That Just Has to Be Discovered”

So I was playing Assassin’s Creed.  (The first one, though I’ve became a staunch proponent of the series since.)  And as I guided Altair to another viewpoint from which to fill in shady bits of my map, I realized: “Wow, that view’s nice.  I want to go there.”  And though I know that Assassin’s Creed hardly presents Jerusalem or Acre or that third city whose name I can’t remember in their 21st century state, it does give me an ability to explore these magnificent spaces in ways I probably never could in reality.

I was equally impressed with the vistas on offer in Assassin’s Creed II and Assassin’s Creed: Brotherhood of Renaissance Italy.  These games have this unique effect on me.  When I see something in the distance, something interesting, I feel an urge to go there.  (Not odd for a video game, I’ll admit.)  But I also have this corollary objective of, “And when I get there, I’m gonna climb to the top of that thing.”  As you do. 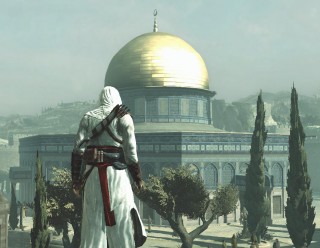 Fun fact: the dome wasn't gilded during the Third Crusade, but it's much shinier this way.

It was probably about the time that I was cresting the Dome of the Rock that I realized that this impulse feels very similar to the rush I’ve gotten when physically visiting such locales.  It still isn’t quite comparable, to be sure, but it’s related, and I can be quite sure that I can get more intimate with the Colosseum, and for a lot less money, through Ezio Auditorre than I could through myself.  Not to mention, of course, locations that no longer even exist. 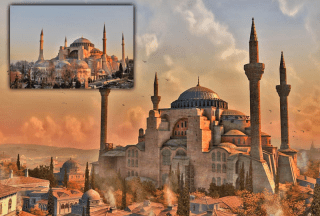 The detail put into these virtual recreations can reach astonishing levels on today's platforms.

The insidious thing about these games, and others like them (though none that do the visual bit quite as well), is that they tend to inadvertently teach you something about the location in question and the people that live there.  I know more about Italian history from Assassin’s Creed than from history class; Broken Sword taught me more than a little about the Knights Templar, well before they were behind every single fictional conspiracy ever.  This seems, to me, like an opportunity. 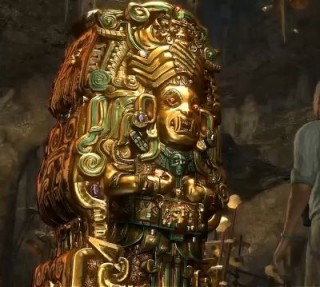 And I never would have known all the crazy stuff Sir Francis Drake was up to if not for Uncharted! 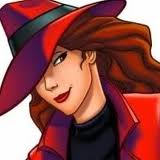 Fortunately, Carmen Sandiego is up for parole in 2012. Now if only we could remember which country she was expedited to...

Perhaps today more than ever, at least for American gamers, games that aim to insidiously educate about the world – other places, other cultures – could also be endlessly beneficial.  I recall the halcyon days of my youth when such a duty fell to the ACME Detective Agency, but they’ve been out of the business for a while now.  Did their job too well, apprehending all those global criminals.  Sometimes I think the world (or, at least, public television) is a little worse off for it.

Even when a game is (obviously) not the real thing, there’s still a lot of rhetorical power in what is depicted there.  I mean, remember the hubbub that arose surrounding the appearance of Manchester Cathedral in Resistance: Fall of Man?  That doesn’t happen if the location is unconvincing.

We’re in a phase of games now where technology can only get so much better.  Graphically, we’ve pretty much hit a ceiling where more polygons would be all but imperceptible to players.  It’s time to start thinking about what can be done in this medium, time to start shooting for goals other than simple entertainment.  Games now can create such believable virtual spaces that, with some love and care, some could potentially be built on that merit alone; an adventure in which the player gets to explore 1960s Berlin, rendered precisely, or the Chinese countryside during the Three Kingdoms era, or any number of other things, for the experience of the place and time – not just because it offers Soviets (or Nazis, or conquistadors, or Persians, or buccaneers, or bandits, or…) to fight.

E-mail the author of this post at dix@tap-repeatedly.com – especially if you have any leads on Dick the Slick in rhyme.

12 Responses to Are We Approaching Travel Games?