Listen. Can you hear it? Those faint whispers?

They’re the faint whispers about a new generation of home games consoles. Whispers that are starting to become steadily more audible; driven by rumor, speculation and internet job postings. When people start to talk about such matters, conversation often moves swiftly on to guessing what features the eventual successors to the Xbox 360 and PlayStation 3 will bring. Digital distribution, proven to be a hit on PC but with mixed results in the console space, is one feature that consistently appears in such discussions.

For those of us who aren’t particularly keen on the all digital future, it’s nice to know that Microsoft is all too happy to oblige in proving why it’s currently a terrible idea.

Back in August 2009 Microsoft launched the Games on Demand service for Xbox Live, offering the exciting prospect of downloading three year old software down your int0rwebz pipes for twice (or thrice) as much as a used copy would cost you in your local brick and mortar. Minus a case, manual, disc or the option to trade your game once you’d finished with it, obviously. The gaming public didn’t exactly jump for joy at this news, although lord knows why. I mean, £19.99 for Kameo: Elements of Power sounds like terrific value to me. Arf.

At a similar time, Sony too decided to experiment with digital distribution by launching the PSP Go. That… didn’t go well. As I’ve spoken about before, I don’t believe the failings of the Go are limited to Sony’s backwards, archaic and sometimes baffling take on a pricing strategy, but it certainly hasn’t helped. Like Microsoft, Sony have been reluctant to reveal much information about specific sales figures for their digital only hardware or software. In an industry where the major players will blow their own trumpets harder than a marching band given the opportunity, it’s safe to assume their silence on this issue is deafening. 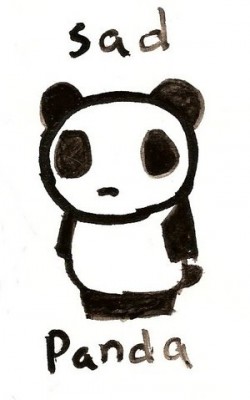 The prospect of a Steam-esque revolution for consoles certainly seems like an idealistic pipe dream at the moment, one which appears no closer to becoming a reality. Despite this, rumors of an all digital console future persist, and this makes me a sad panda. Don’t get me wrong, I’m a pretty big fan of Steam. Valve provide a service that gets the concept of digital distribution right in so many ways. Be it the outrageously awesome sales initiatives or their smart attitude to making life easier for the end consumer, there’s plenty of evidence there that a digital model works.

Most of my gaming time however is dedicated to my consoles, and digital distribution is something I’m much less accommodating with here than I am on the PC. I like clutter. I like having stuff around. I like walking into a store, browsing the shelves and holding a physical copy of something in my hand. Something real, something that has words and pictures on it. Something with cover art and a disc to protect from dust and scratches. I particularly like the point of a generation that we’re at now with the Xbox 360 and PlayStation 3, when I can find a nice independent store and pick up awesome old games that I missed the first time around for less than the cost of a pizza.

I’m not alone in this thinking, right? I guess it’s similar to music aficionados who just can’t let go of vinyl (or even CD come to think of it, even if the thought of letting go of CDs makes me feel really old) and move on to MP3s and digital music. Just like digital music however, download only games are becoming increasingly huge. PC gaming seems to shake off the latest fallacy that it’s in decline just about every year, and mobile developers such as Rovio are taking over the world with games like Angry Birds and Cut The Rope, which are sold and distributed entirely through digital stores like Android Marketplace and Apple’s App Store.

When people embrace digital distribution, there is always a compromise. That physical product disappears, along with it your rights and freedoms to trade, sell or exchange your product as you please. Yet for the millions of people who have moved on to services such as Steam and iTunes, none of this seems to matter. Why do console gamers largely continue to struggle to make these comprises towards an all digital future?

Maybe it’s because when consumers use Steam or iTunes, they generally don’t feel like they’re being shafted in the process. It might help if when Microsoft and Sony ask you to download full games from services such as Games on Demand, they didn’t also ask you to pull your pants down, bend over and take one for the team at the same time.

When Mass Effect 2 appeared on PlayStation 3 back in January this year, EA and Sony turned heads by also providing the game as a digital download the same day it released on the high street. Unfortunately, they also made some heads explode by charging £47.99 for it; a full £8 more than in the stores and a good £30-£40 more than a used copy would set you back for the Xbox 360 version. £47.99? Nobody pays £47.99 for anything these days unless it comes with an obligatory art book, plastic figure and has “Limited Edition” stamped on the box. But you get physical stuff with that. Stuff to look at, hold  and lovingly clean when it gets dusty.

Earlier this week, Microsoft went one better. They added Halo: Reach to Games on Demand, and they want you to pay £49.99 for it. Woah. £49.99. That’s more than the regular game on the high street. That’s more than the Limited Edition, which comes with some multiplayer armor and an “Artifact Bag…” whatever one of those is. £49.99 is how much the Legendary Edition currently costs, and that comes in a huge box with a load of free crap, and has the word Legendary on it. That’s a five minute check on one online store, by the way. The standard game is as low as £19.99 elsewhere. And you get a box, a disc and some cover art to look at.

Presumably, this is what Microsoft wants consumers to be saying..

Now obviously this is a total nonsense on Microsoft’s part. It’s just silly. I don’t know under what circumstances somebody would turn on their console and think downloading a six month old game for fifty big ones would represent a good deal. Who are you? Perhaps you’re a Tap-Repeatedly reader. If so, explain yourself.

Eurogamer asked Microsoft directly about their pricing strategy for the digital version of Reach, and as you might expect their response featured about as much common sense or reasonable thinking as their decision to charge £49.99 for Halo: Reach did in the first place.

“We’re incredibly excited about what Games on Demand means for digital distribution, and will continue to evaluate and evolve the service to meet market and consumer demands.”

Hmm, thanks for that. No packaging or distribution costs plus an extra £10-£15 minimum on top of the going retail rate. No wonder you’re excited. I, however, am about as far away from excited as it’s possible to be. As a consumer, it takes me approximately 0.4 seconds to work out that £49.99 does not “meet market and consumer demands” in any way, shape or form. Ah well, at least they didn’t patronise us by mentioning convenience.

Argh. Why do you mock us? Why?

What remains obvious at this point is that services such as Games on Demand just aren’t on the same level as Steam, and Microsoft and Sony show little initiative to provide a viable alternative on home consoles. This is fair enough, given that they don’t necessarily have to, but it would be nice if attempts to bring a digital future to consoles were at least a little more sensible, rather than the strange, confusing and downright offensive bastard we’re stuck with now. I don’t want an all digital future at all because I like clutter, but on an even more basic level, I just don’t want to pay these sort of premiums for what Microsoft seems to think is convenience. Paying 50 quid for a game is actually a pretty massive inconvenience, as it happens.

If the current business strategy for digital distribution on consoles means charging £49.99 for software half a year after it launches, then I pray and hope we retain the physical media option for the Xbox 720 and PlayStation 4. Blu-Ray will be lovely. DVD would be just about passable. At this point, I’d even take Betamax, UMD or a 3 inch floppy.

14 Responses to I Don’t Want An All Digital Future. This is Why.

From Dust to Silence