Dreamfall never had the effect on me that The Longest Journey did.  I was eager for it when it released in 2006, having relatively recently come to the series the year before; the chance to return to those worlds and revisit those characters was too good to pass up, of course, and I’m sure there were plenty of people who had been waiting all the way since 1999/2000.  Despite playing Dreamfall temporally proximate to playing The Longest Journey, my memories of it – mostly fond, I will admit – still feel pretty accurate.  This, to me, is befuddling, for reasons that are mostly dwelt upon in my TLJ piece.

In retrospect, the thing that strikes me most about Dreamfall is how it (fittingly) sits in this weird liminal place: in the series and in games themselves.  Dreamfall belongs to the era when simultaneous release on console and PC was just becoming a thing, as it released on the original Xbox (man, I still really want to write something like “Xbox 1” when I talk about that system; Microsoft inconveniences me at every turn) a mere day after the PC release, at least in the US; the gap was a bit larger overseas.  This shows in the design: instead of a point-and-click adventure (which were pretty well dead in 2006), Dreamfall is a third-person adventure, the kind of thing you’d be quite comfortable playing with a controller.  That it still uses a very point and click paradigm – climbing onto a crate, for instance, is not a matter of walking up and hitting a jump button, but rather the “interact” button followed by the contextual “climb on” button – makes this an iffy transition at best, but this game is still, at its heart, an adventure, if a very straightforward one.  There is a lot of obligatory button-pushing and lead-following, actions that feel pleasantly like Actually Doing Something as long as you don’t look at them too closely.

There are obligatory action sections with truly sluggish combat just this side of unplayable, and stealth sections that don’t seem to understand what makes stealth gameplay work – and remember, by spring of 2006, Metal Gear Solid 3 was a year and a half old.  Stealth had been nailed on consoles.  It’s a game that tries to do many things to update itself, and excels at none of the mechanical ones. 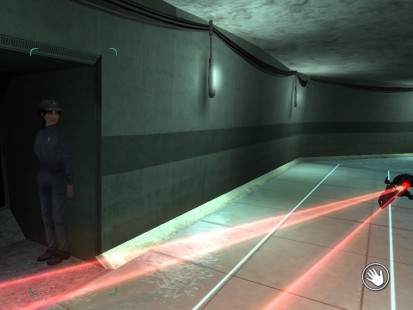 Where April was moving forward with her life rather mechanically when destiny came calling, Zoe has disconnected.  She’s dropped out of school, grown weary of probing job posts to see how many positions she doesn’t qualify for, and spends most of her time at home.  She seems well off, and for that she is often characterized by players as vapid and shallow; first impressions are the most important, I suppose, but I don’t think that’s giving her sufficient credit.  If anything, I think she’s depressed.

Through her ex-boyfriend, an independent reporter named Reza, Zoe gets wrapped up in some kind of pseudo-corporate conspiracy.  Stark has changed; in the decade of in-world time that has passed since April preserved the Balance, a massive event called the Collapse occurred, and though things have settled again there is a new world order with commandos and anti-corporate statutes, perhaps to ensure that corporations don’t literally run things like they were in April’s Stark.  For a variety of reasons, the story is a bit more sci-fi thriller than its predecessor, despite lengthy interludes in Arcadia.  Even on a second play, when I remember most of the final answers, I got a little bit of the thrill of discovery with each new clue.  It’s almost Quantic Dream-like. 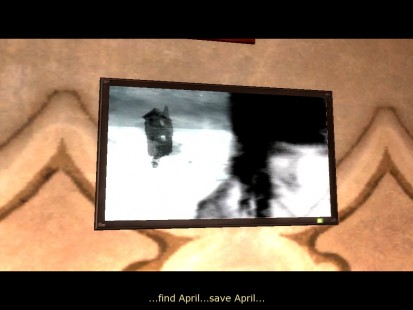 Not everyone likes Dreamfall.  I completely understand this.  The characters are different.  The tone is different.  There is a lot of bad gameplay in it, and the good gameplay – the fact that the apparently linear series of puzzles actually mostly have several different solutions – is not mentioned in the game at all; I didn’t know that there were multiple ways around most situations until I started looking up a walkthrough to speed along my recent replay and hit that self-imposed deadline of “before Dreamfall Chapters.”  It cannot be said of Funcom that they weren’t ambitious with this title, and that ambition comes at a certain risk.

There are three protagonists, and there are definite arguments against each.  Zoe, as I’ve said, is disliked for being a self-centered teenage girl; April, playable for parts of the game, is a bitter shadow of her former self, in many ways not at all the character we saw at the end of The Longest Journey; and Kian, the holy warrior, is a true believer in a way that makes decent supporting characters but not great protagonists – not to mention the fact that his entire story is left somewhat undeveloped.

Dreamfall was clearly supposed to be a launchpad for at least a third game, or episodic installments like Dreamfall Chapters, and probably not with eight years in-between.  Some of the themes see only limited development, and basically every plot is left on some cliffhanger or other.  The time gap between The Longest Journey and Dreamfall is so filled with upheaval, in Stark and Arcadia alike, that it is almost like experiencing them for the first time. 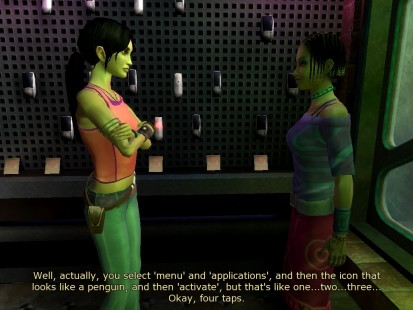 Dreamfall dwells on dreams.  This was not unprecedented in the series: dreams are called out a few times in The Longest Journey as an important part of the fabric of the Balance: people in Stark can perceive Arcadia through dreams, and vice versa.  April’s Shifter abilities allow her to traverse the dream between worlds.  But for the most part The Longest Journey doesn’t plumb these depths too deeply, favoring instead its own themes of science and magic, reason and emotion, order and chaos.

While overtly it deals mostly with the sort of dreams we have when we sleep – liberally incorporating Australian Aboriginal concepts of the Dreaming, a place outside of time and space and life and death – Dreamfall says something about aspirations too, the kind of dreams we try to follow.  Zoe has lost sight of her own, and many of the characters – especially those who return from The Longest Journey – have had life and circumstance interfere with whatever they had dreamed for themselves.  April’s friend Charlie even says flat out that one’s dreams not coming true isn’t always such a bad thing.

It’s a relevant meditation for April as well as Zoe, and to Dreamfall‘s credit what answers it finds are not saccharine “your dreams can come true and everything will be perfect” fare.  Zoe rather conveniently doesn’t have much of a normal life to interrupt in the way that April did, but in both cases their place in the cosmos necessitates giving up on anything they might have imagined for their life.  April is angry about this, and that anger drives her through Dreamfall – though she doesn’t readily admit that. 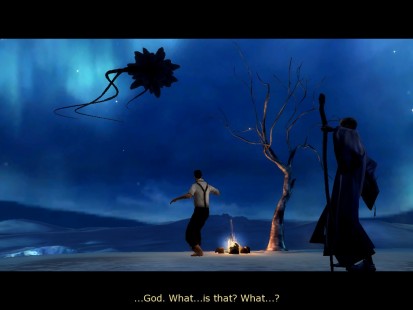 We’re not gonna deal with this plot thread in this game, incidentally.

I can’t readily acknowledge why Dreamfall works for me, but it does.  I don’t have the sentimental feelings toward it that I do The Longest Journey, though I think it inherits a portion of its predecessor’s goodwill.  The writing is a little more refined, in quantity if not quality; gone are some of the lengthier ramblings about nothing very important, replaced with relevant pieces of world-building and puzzle hints with some extra fluff for character.  The best characters are those that return from the first game: a more-snappily-written Crow, the steadfast salt-of-the-earth Benrime Salmin, Roper Klacks, reformed as he is.  New characters don’t lack punch, though there are fewer of them, and Theoretically Blind Bob is far and away the best of the lot. 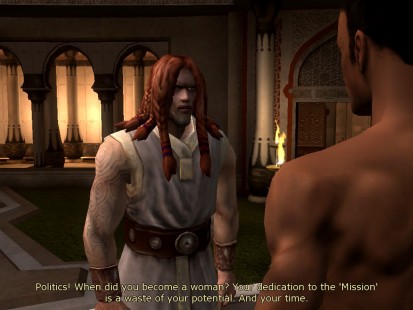 This guy is a close second. I don’t know his name, but…that hair.

But I like it a lot, and I’m eager for its continuation, as I type this while keeping an eye on Steam for the official drop.

If nothing else, Dreamfall is a certain moment in game storytelling encapsulated, before Telltale revolutionized what we call adventure gaming, when episodic distribution seemed a great new frontier, when multiple platforms meant shoehorning in new mechanics and features to increase mass appeal.  Also when mobile phones with apps were such a new thing that they became the game’s multitool.  Not many series made this transition gracefully, and…well, some would disagree, but I think that Dreamfall did okay in the end.