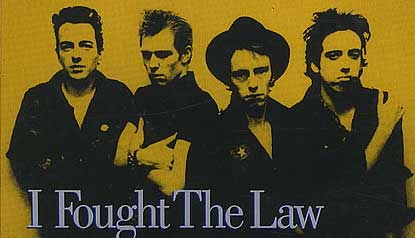 I bet if corporations could feel fear, nothing would make them tremble quite like the phrase “Class Action.” Sony Computer Entertainment just heard it, though; Slashdot reports that a gamer in California (natch) has filed the first class-action suit against the company for removing the “Install Other OS” feature in its latest PS3 firmware revision. There’s been quite the hubbub about this feature subtraction here on the interwebs. But does Mr. California have a case?

We’ll have to wait for input from Tap-Repeatedly Legal Advisors Ajax19 and Ernest to be sure, but my feeling is “no.” No, I don’t think there’s a case here. The hardware is proprietary to Sony; who says they’re required to provide an install other OS feature if they don’t want to?

I have a Slim PS3, which shipped with that feature removed, so I don’t care; I wouldn’t want another OS on there anyway. But some people care, so there you go. The case states that Sony violates terms of use by removing a function “that had been advertised as a feature.” But then, shouldn’t we get to sue Sony for removing hardware backward compatibility from PS3? Or for failing to replace it with a software emulator? That seems like a more crippling feature cut than the ability to install Linux.

Sony says it’s doing it to prevent piracy, and I doubt the company is lying. After all, to install another OS on a PS3, you need to have a PS3 in your possession – so it’s not like you haven’t already given Sony your money. The miniscule handful of people who want to run Jaunty Jackalope on their PS3s… more power to ’em. But it does open a doorway for piracy, and this sort of thing is the kind of DRM I don’t have a problem with.

The matter of bigger concern for me is a note in the EULA in this release. Originally caught by THINQ UK, the wording of the EULA states – and none too nebulously – that Sony has the right to update the firmware of its console whenever it wants to, and isn’t required to alert the user or ask permission:

From time to time, SCE may provide updates, upgrades or services to your PS3™ system to ensure it is functioning properly in accordance with SCE guidelines or provide you with new offerings.

Some services may be provided automatically without notice when you are online, and others may be available to you through SCE’s online network or authorized channels. Without limitation, services may include the provision of the latest update or download of new release that may include security patches, new technology or revised settings and features which may prevent access to unauthorized or pirated content, or use of unauthorized hardware or software in connection with the PS3™ system.

Additionally, you may not be able to view your own content if it includes or displays content that is protected by authentication technology. Some services may change your current settings, cause a loss of data or content, or cause some loss of functionality. It is recommended that you regularly back up any data on the hard disk that is of a type that can be backed up.

Everybody gets nervous when they read stuff like that, because though Sony is hardly the first and won’t be the last to prance into our homes and mess with our stuff without permission via the internet, any time a big company says “we can do stuff to your stuff without telling you,” people get antsy.

THINQ warns that it can’t find earlier EULAs and I’m too lazy to try, so it’s unclear whether this clause was in a previous license agreement or it’s new to this firmware update. But if you agree to the EULA without reading it (and we all do), you have to be aware that you’re signing away some rights.

People getting pissy about the Install Other OS feature being gone is, to my mind, pretty silly. If you want a Linux box, buy a god-damned $299 refurb and install Linux on it, for crying out loud. I highly doubt this class action will go anywhere. As for your feelings about the clause in the EULA, well, it’s take it or leave it. Me, I’ll take it. I don’t care if they update my PS3 without telling me. I suppose that kind of complacency is the first step on a short road toward Gestapo activities and government-sponsored torture, but me, I just want my games to work.

7 Responses to Sony Gets Sued

The Sun Makes a Right Page 3 Tit of Itself Again