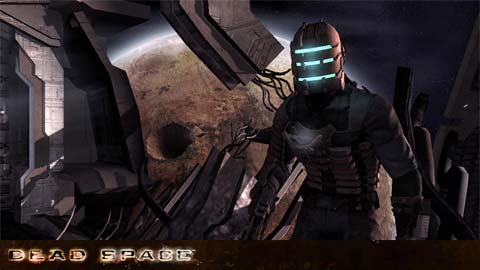 So EA’s internally-developed Dead Space comes out Wednesday, and reviews have been a mixture of pretty positive and very positive. This is one I’ve got on my GameFly list rather than down as a purchase. Why? Because scary games make me tremble, and because I’m witholding judgment on the game’s overall quality until I hear a little more about it. EA is not, after all, really what one thinks of when one thinks of innovative growth in the survival horror genre.

I first read about Dead Space in Game Informer about a year ago, where it was pitched as a revolutionary approach to survival horror. Based on what I’ve seen since, here are its principal ingredients:

Aaaaand… the innovation is where? This sounds like a bad fusion of System Shock 2 and and Crysis. If only they’d given the protagonist amnesia, the cliche would have been complete.

Now, as I said, I won’t pre-judge Dead Space, since it is getting good reviews, but I’m not sure this is the direction horror needs to go if it’s to evolve beyond the doldrum we find it in. Why can’t we have more games like Rule of Rose and fewer like Resident Evil? That style’s been done. Time to try something new.

Dead Space ships for PS3 and 360 on October 15, and PC on the 20th. Stay tuned for first impressions.

One Response to Aaahhh, this Space is Dead Anyway