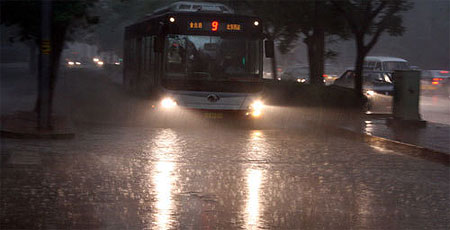 I was talking about Heavy Rain with MrLipid the other day and he asked me how I thought it’d wind up performing. It’s kind of a tricky question for this game, because general consensus seemed to be it’d either do quite well or go down in flames. I hedged my bets and said it would probably move a million units in the United States, which is very good – not blockbuster, but no one at Sony or Quantic Dream would complain.

Well, GamesIndustry.biz reports that Heavy Rain was the top seller in the UK last week, edging out Aliens vs. Predator, but no hard numbers yet. Week one in the U.S. moved 500,000 units.

Heavy Rain is flying high with nearly universal critical acclaim. The gameplay isn’t the revelation we were promised, but it is the first game that tells a very serious, very melancholic story with very grown up characters and themes. Most games have about six weeks to hit their targets, with Day Zero and Day One sales usually dictating the fate of a game. What remains to be seen is whether new customers buy more copies of Heavy Rain, or whether it’s rental fodder.

22 Responses to It is, in Fact, Pouring