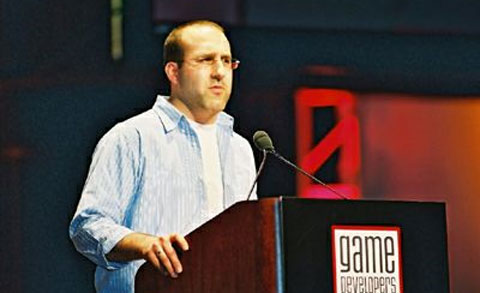 The International Game Developers Association announced today that Jason Della Rocca, the organization’s Executive Director since 2000, will be stepping down at the end of March to pursue other opportunities.

While most gamers would probably go their whole lives without ever knowing who Jason was, to industry people he’s been a guiding force and relentless supporter for nearly a decade. The IGDA, responsible for advocacy, education, anti-censorship, and countless other developer-supporting activities, grew from 500 to 15,000 members under Jason, whose tireless globetrotting and constant public campaigning for the art form provided a much needed bulwark of support for an industry still in its early growing pains.

Speaking personally, Jason has been a mentor and friend for eight years, hiring me as a featured monthly columnist for the IGDA website and working quietly behind the scenes to help send other opportunities my way – from additional writing jobs to exclusive developer contact to big event coverage opportunities at the Game Developers Conference, Jason was always there, and I became better at what I do thanks to his generosity, his absolute support, his exceptional skill, and his wry, kind humor. He is the kind of guy we need more of in this world.

Jason hasn’t been specific on his future plans. For now he’s staying where he is, with GDC coming up and the new IGDA board elections underway. Come March 31, this unfairly unsung titan of the industry will be off to follow another path. If he stays in games, we’re lucky to have him; if he strikes out on an entirely new adventure, then whoever gets him will be lucky to have him. Please join me in wishing the best of luck to my old friend.

4 Responses to Best Wishes, My Friend