Havok, the Ireland-based physics middleware developer, has been hockey-pucked over to Microsoft by its former masters at Intel. While this news is unlikely to affect consumers much one way or another, it does mean that one of the leading developers of physics software for games is now technically in the hands of a first party publisher, though the companies have already announced that Havok technology will still be available for license by third party developers.

Max Payne 2 was the first game I ever saw that used real-time physics rendering, back in 2003; back then Havok was still independent and (at the time) was pretty much the only game in town when it came to this technology. I remember it very well. The game starts in a cluttered hospital room, full of assorted rolling objects they hook up to people who’ve been shot dozens of times. Bumping into something is unavoidable, and when you do, it…

…well, it falls over. Physics.

We’re used to that sort of thing in games now, but watching a spindly metal IV stand clatter to the tile floor in Max Payne 2 still stands as one of my Top Ten Holy Shit Moments in forty years of playing games. It was just something you didn’t see, something you’d never seen. Game worlds had inherent limitations we’d become so used to that seeing them expanded was tantamount to actual reality changing unexpectedly before your eyes. It was amazing. I spent an hour just knocking things over that day. 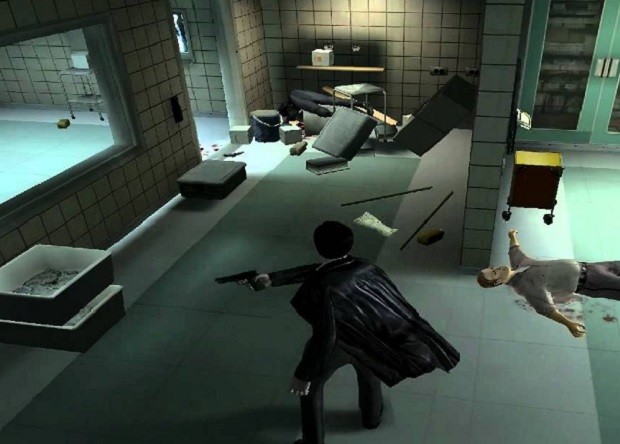 Since then it’s probably safe to say that physics rendering hasn’t actually accomplished what it was supposed to. A lot of talk about how real-time physics would change development paradigms never panned out, partly because realistic physics is hard to do even with the help of technology like Havok, and partly because nothing will break your game design like physics. Game challenges are specific and metered; problems designed around a limited number of possible solutions. Integrating realistic physics automatically produces the possibility of an infinite number of possible emergent alternatives, which is a fancy way of saying… um…

Look, if you have an enemy in a tower and he harasses you throughout a level, until you finally reach the tower and kick the crap out of him, that’s a game.

If you have an enemy in the tower and the player bypasses the entire thing by knocking the tower over at the beginning, that’s a problem.

So mostly physics has been used for special effects, often to hilarious results. The ragdoll effect of dead bodies endlessly sticking to your feet. The table that gets launched into the stratosphere when you brush against it. The bouncing light that causes almost everything to throw moving shadows. All of this requires some of the most complicated math in computer programming and has only a marginal impact on the experience, so it’s no surprise most developers didn’t do it until tools like Havok came along. Over the years physics middleware became a little cottage industry, with Havok and its competitors providing assorted plug-in tools for developers to work with. 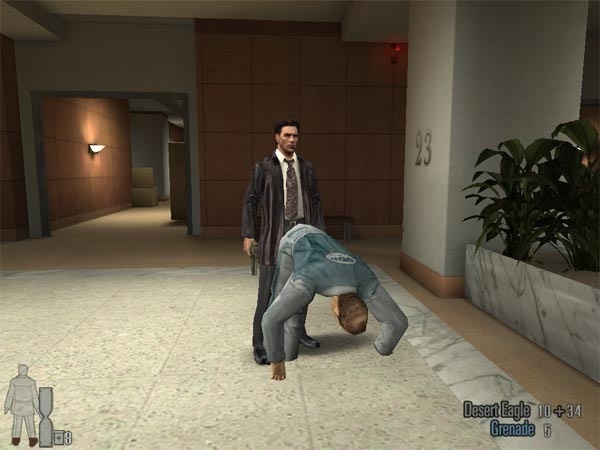 The problem with dynamic physics is it sometimes causes stuff like this to happen.

Intel bought Havok in 2007 and continued to actively develop and license the technology. Its acquisition by Microsoft is unexpected, but actually makes a lot of sense. DirectX is still the foundation of nearly all Windows game development in terms of how the software communicates with the hardware and has always lacked a complete integrated physics solution. There’s still a fair amount of hardware devoted to physics problems in your PC and game console. There was a short-lived effort by Ageia’s PhysX technology to sell us on the need for dedicated, independent $300 physics accelerator cards, but engineering advancements soon made it more sensible to just integrate the necessary hardware into the CPU or GPU, which is where it is today.

PhysX was acquired by nVidia in 2008, integrated into their GeForce graphics tech, and is well-implemented in precisely one game — Borderlands 2, and even that only uses it for special effects and you still have to turn PhysX off at the end of the Tiny Tina’s Assault on Dragon Keep expansion unless you have four GeForce Titans running in parallel, at which point you might manage one frame every fifteen seconds or so. 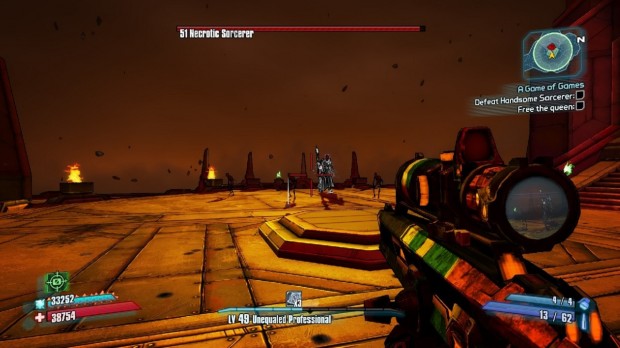 Even with PhysX on you don’t see much. It’s all that stuff swirling in the background there. It’ll bring your computer to its knees. Seriously. Don’t even try.

In celebration of this piece of corporate consolidation, I declare October 5 to be Havok Physics Day. Every year, you must mark it by firing up Max Payne 2 and trashing that hospital. Go! You weren’t doing anything important!