And I’m Not There! 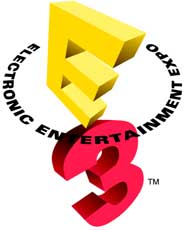 The Electronic Entertainment Expo officially kicks off tomorrow, but the press has already descended on Los Angeles and secret behind the scenes goings-on are have begun. While ESA Prez Michael Gallagher has insisted that this year is not a return to the huge and wild E3s of old, there’s definitely a sense that compared to the disappointments of the last two years, this show will at least try to recapture some of the event’s former insanity.

I was supposed to go this year, wanted to go, but comittments at work and the Red Wings’ position in the Stanley Cup Finals have interfered with my early June. And I am sad.

There’s a been, as always, a fair bit of speculation about what’ll happen announcement-wise at E3 this year. I think we can realistically expect a price cut on the PS3, though I doubt it’ll be much to write home about – $50, maybe. More likely Sony will attempt to lure in gamers with specialized bundles of games and Blu-ray movies.

Microsoft is sitting pretty at its price point, so expect noises regarding the rumors about the addition of motion control and more polish to the NXE in the form of social gaming. The company is still having problems with hardware failures, though not nearly so severe as before, but with its media-center approach and nice library of games, the 360 will remain a solid second in 2009.

Nintendo is finally beginning to recognize the foundational problems with the Wii console, so expect some initiatives to support third-party developers in 2009-10, and possibly a hint about the rumored HD add-on for the little console. Chief among Nintendo’s problems isn’t the machine’s power or shrinking sales, it’s that the Wii’s great success has led to an avalanche of crappy games, and the very demographic that has made the Wii successful is also the one that’s completely unqualified to just what’s good or bad. So they buy Party Games 5 and get disappointed, never realizing that there’s quality stuff for the scrappy little console.

On the software front, I expect an announcement from Valve indicating that Half Life 2: Episode 3 is in development and may see the light of day by Christmastime; Remedy Entertainment will probably admit what we’ve known for months: that Alan Wake is almost certainly going to slip to 2010, and late 2010 at that. The Expo floor may also offer playable snippets of Dragon Age: Origins and Mass Effect 2, both of which are building publicity momentum. I’m also hoping that we’ll see a little more of Obsidian’s Alpha Protocol, the spy-RPG that might just be the new IP the fledgling studio so desperately needs to spread its wings.

This month sees the release of several likely hits for both of the hardcore consoles: Red Faction Guerilla, Prototype, The Sims 3, and Batman: Arkham Asylum are all due this month, as the industry struggles desperately to move away from the holiday-centric release patterns of yore, patterns that have seen great games founder simply because they’re lost among the crowd. If we can see three major release periods – Christmas, June, and February/March – the economy of the industry might improve.

Swine flu concerns are keeping some of the big Japanese developers away from E3 this year, so don’t expect too much on upcoming titles of interest like Trico and Dead Rising 2, though I think we probably will get some casual announcements on both.

I suppose the real question is just how big this big new E3″ is going to be. The tame, stripped down versions of yesteryear left everyone feeling jilted, but no one seemed to want to go back to the bombastic, raucous, drunken, outrageously expensive shows of the early aughts, times when the very sensory overload had been known to strike blind some neophyte attendees. If this E3 is just medium-rare compared to last year’s disappointment, expect angry crowds in the streets.

3 Responses to And I’m Not There!