While everyone out there was getting psyched about the Resident Evil 2 Remake, and Kingdom Hearts 3 finally on the horizon, I was still lingering over one bit of sad news happening in gaming this week. On January 30, 2019, the Wii Shop Channel will close down… Forever.

This is kind of a big deal, yet what can a news article really say about it?

The last time something this Kind of a Big Deal was greeted with so many shrugs and so much silence was when Xbox Live Indie games went completely down, in 2017. Individually, celebrated titles such as P.T. and Scott Pilgrim Vs. the World have also been selectively removed from the memory of the gaming universe. These are the realities of modern digital distribution methods. Do you really own your games? If Steam disappeared tomorrow, my ability to play almost 400 game titles, as of this writing, would disappear with it. And that is a small collection, compared to the libraries of some others. We should be kicking and screaming and raising torches, but instead we will go gently into the Wii Shop night. The sweet sound of elevator music will lull us to sleep preserved, for now, in the track list of Ultimate Smash. 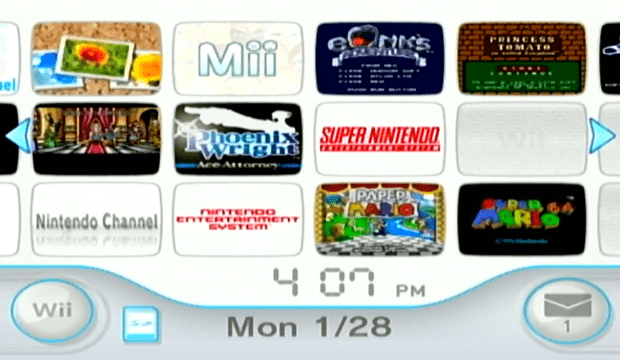 If you bought anything on the Wii Shop Channel, you have a couple days left to download those titles and spend any unspent Wii points. Otherwise, you will have to either buy your games again, when Nintendo comes up with another digital scheme, or find them hidden in a sunken ship somewhere — See what you made us all do, Nintendo? I am at least pleased that I was able to download for keeps a digital Wii Shop Channel copy of an old favorite, Princess Tomato in the Salad Kingdom. My original cart purchased for $9.99 in a bargain bin in 1994 has officially seen better days.

For fans of XBox Live Indies, there’s some respite: The Indie Gamer Chick Collection, curated by awesome indie game reviewer The Indie Gamer Chick, is going to be coming to major platforms this year or next. It will preserve some of the missing thought-forgotten gems of the Xbox Live Arcade era. I don’t see a lot of major outlets reporting that news. But it’s important to me, and others who really enjoyed the free-spirited works of those unfettered indies on Xbox.

For fans of the Wii Shop Channel, tomorrow is Dawn of the Final Day.

Join me tomorrow on my Twitch channel, http://www.twitch.tv/litagemini, starting in the afternoon EST, to browse my Wii Shop gains and download the rest of the collection before the end of the Wii world. If you bought anything on the Wii Shop Channel, care as deeply as I do, and still have that working Wii, don’t forget to back that up.

4 Responses to Twilight of the Wii Shop Channel