Among the panels I attended at PAX was a talk by one of my all time favorite game developers, Hidetaka Suehiro, AKA SWERY65. SWERY is the creator of Deadly Premonition, the Twin Peaks inspired cult hit game that became one of my favorite horror titles ever made. SWERY is now crowdfunding a new title that needs your support. I’m not afraid to shamelessly shill for this particular crowdfund, because I think his work is brilliant. But let me not get ahead of myself.

Some things I found out in SWERY’s panel were things I already knew about SWERY. First of all, I know he’s an extremely nice person. He’ll friend you back on Facebook, or follow you back on Twitter, and loves to talk to his fans! He even Liked some of my cosplay photos and a selfie from PAX. He travels with a stuffed monkey named Sharapova. He loves coffee, and he loves whiskey.

During this panel, I also learned a few things about SWERY that I didn’t know before! First of all, I learned that his English has improved a good deal since he’s been traveling worldwide. He gave his talk partially in English, with occasional interpreter help when it got to the difficult part. I learned that his favorite drink is either Port Charlotte Islay Barley Single Malt…. or Maker’s Mark (because you can get it anywhere). He likes cats and cosplay, but doesn’t like sports and math. And Deadly Premonition has a Guinness Book of World Records entry for “most polarizing horror game.” I did not know that was a category.

I also learned that, much like I do these days, SWERY schedules his day with a very specific, color-coded calendar. He has specific time set aside for meetings, editing his trailer, working on his game, practicing his Bhuddist religion, or, in his words, “Just DrinKING.” He also sets aside time not only to watch Twin Peaks, but also sometimes an extra hour after that to process what he just saw watching Twin Peaks. 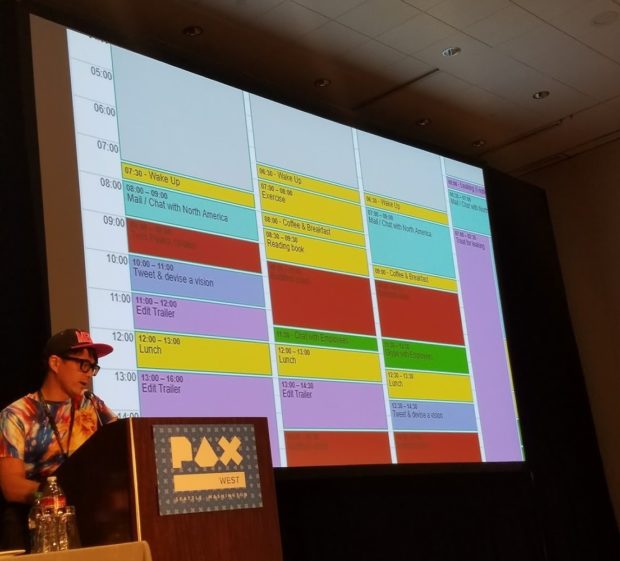 Deadly Premonition had a lot of Twin Peaks in its DNA, and the new game, should it get made, is looking similarly weird. This new game is called The Good Life. SWERY’s elevator pitch for this game is “Animal Crossing meets Deadly Premonition, in the English Countryside, plus cats.”

The game stars Naomi, a New York photographer who has moved to a small town in England to pay off a substantial debt. This is the part that feels like Animal Crossing. To pay her debt, Naomi will have to take odd jobs, which also seems to be an excuse to get to know everyone in the town. The English town is going to be populated by a Deadly Premonition-style cast of colorful characters… 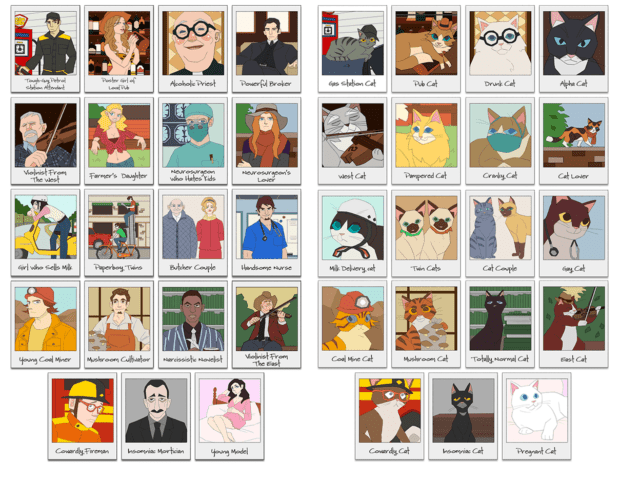 Who, for some reason, all turn into cats every nightfall.

There were some hints in the trailer to a darker side of the game. The Good Life is also a murder mystery that seems very Twin Peaks inspired. Images in the trailer showed a woman’s body floating in the lake surrounded by flowers, and other ominous portent. With the weird darkness in SWERY’s other work, I can’t predict what form twist this will ultimately take. To phrase another way, the game looks a lot like Deadly Premonition with its small town feel, but minus the need for combat. Plus it stars a woman (who also turns into a cat). 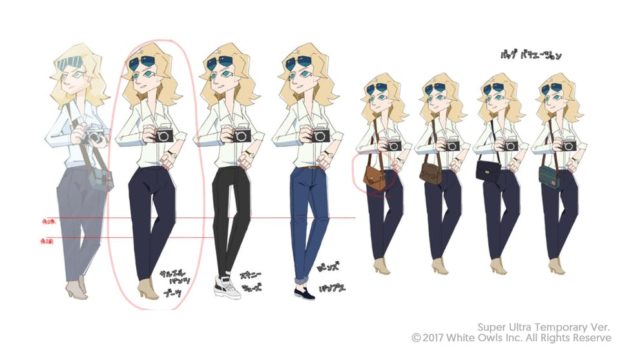 The bad news is with 20 days left in the crowd fund, they aren’t even close to the goal, so I’m a bit worried this game won’t make it. For SWERY’s sake and my own, I hope that it does, because I really want to give this game a try!

I do want to thank SWERY for coming out to PAX and for giving us such a great presentation. And for letting me be one of his 55,000 friends.

You can support The Good Life on FIG.

One Response to PAX West 2017: The Good Life with SWERY65

Life is Hard: Too Hard.