You may recall that Microsoft bought out Mojang Specifications almost a year ago, spending a cool $2.5 billion on the Minecraft developer. So far the Redmond giant has done very little with its new toy, and Minecraft has gone on more or less like it always has. Now it looks like the Redmond giant has some plans to extend the sandbox game into the classroom. This won’t be the first time Minecraft is used as an educational tool, but I’m eager to see the results when Microsoft puts its muscle behind the project.

The newly-launched Minecraft in Education invites educators to share their ideas about using the game as a learning tool. The site’s pretty content-barren right now, but that will presumably change in coming days, particularly if teachers get on the bandwagon. If they don’t, Microsoft should force the issue.

I’ve always personally been of the belief that Minecraft could be an important advancement in education, a bridge by which interactive games could connect with the classroom. It’s one of the few commercial games that actually teaches hard skills. Other games could be made to do the same thing, but it’s not a market driver and there’s little reason for developers to focus their attention in that area. It also abstracts the learning experience to such a degree that attention loss isn’t a problem.

The question is how: you can’t just put kids in front of Minecraft and expect the STEM (Science, Technology, Engineering, and Mathematics) education problem to be solved. Off the top of my head, I’d think you’d want set modules — basically miniquests or tasks — designed against specific learning objectives and integrated into the Minecraft reality. If it takes off, a whole industry could spring up to develop these things, with a premium for the best or most comprehensive ones. 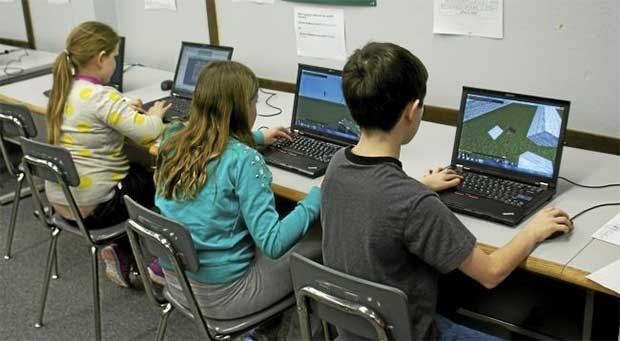 We have reached a point as a society where thirteen years is no longer enough time to instill the sheer volume of knowledge a person will need to maximize their potential for success in the Real World. It’s not a matter of bad education, it’s a matter of hours in the day — though the current educational model is no longer viable either. That’s a topic for another article though.

The experience of playing Minecraft varies based on how you choose to do it: collaboratively online, privately to have adventures, in Creative Mode to build stuff. They’re all potentially applicable to education, and with really robust mods it’d be relatively easy to implement a lot of functionality polish (say, changing the villager trading mechanic to something more sensible for an economics lesson). I suspect one item on Microsoft’s list since the purchase has been to do the sensible thing and rebuild Minecraft from the ground up in C (well, probably C#), which is to say An Actual Programming Language. If nothing else it’ll correct the more glaring and unaddressed performance incongruities that plague the Java version, and would be a good opportunity to add even more toolset for customization.

Going back to the idea of custom-built educational mods: brainstorming those might help answer some of the more nebulous, philosophical questions about ways education needs a general overhaul. Many ideas would require a reassessment of how best to teach something… for example, fifth grade science. As I recall, when was ten one of the things we learned were Punnet Squares, those little boxes you can use to figure out what color the baby tulip will be when a purple tulip and a yellow tulip have unprotected tulip sex. 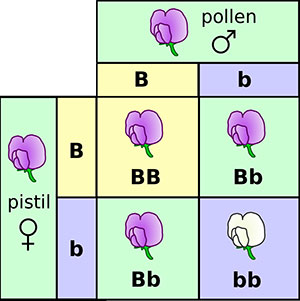 This is a pretty obvious challenge, which is why I chose it: Set the kids loose in a pre-built seed and challenge them to breed a hybrid sheep. The genetics model in Minecraft is simple, but there’s a freaking genetics model in Minecraft, which is why we’re talking about it in the first place. Extending it to include statistics beyond fur color would be trivial (they could do it with the plants too), and tiered challenges leading to rather complex multi-generational hybrids would teach that knowledge.

The game is also well-positioned to teach soft skills, and some of Microsoft’s language on their new site suggests that’s what they’re really excited about. Collaboration, abstract thinking, and problem solving — not to mention literature, grammar, history, and the arts — are falling by the wayside the STEM-obsessed educational landscape. Minecraft would most easily teach collaboration and problem solving, but again custom modules could drive pretty much anything you wanted.

Who knows, this whole idea might fall apart; the reality of modern education is that it needs such a huge cultural overhaul that even deciding where to start is a lifelong task. Whole new ways of transmitting knowledge need to be invented, and then the existing educational culture needs to adopt possibly-unrecognizable new techniques. But Minecraft manages to provide a lot of ingress without any of the baggage some of the other attempts to bring commercial gaming into the classroom have borne: it’s infinitely scalable, suitable for all ages, broadly known, and well-supported.

The idea of an aggressive push to rethink education was part of the reason I was kind of pleased when Microsoft bought Mojang. I’ll be first to admit that sometimes that company doesn’t do right by its customers or the world in general, but its missteps are rarer than its successes and the truth is, historically Microsoft has been open to examining cutting-edge problem solving and R&D that most for-profit companies simply no longer do. And the fact that Minecraft is still doing rather well even years after release means built-in staying power. There’s not going to be warehouses of Minecraft lying fallow like what happened with the Surface RT (Microsoft should have given those to schools too).

I don’t think Minecraft is the solution to all of education’s problems, but I do think it might point the way toward a new philosophy of teaching. Microsoft is just asking for ideas right now, which is a good slow-and-steady first step. But once they’ve got some ideas in hand, the real question is what they should do next. Pre-planning will be easy. Planning… that’s going to be a nightmare.