I almost let the most recent Humble Bundle pass me by.  I typically snap up the bundles immediately, but the centerpiece this time is Frozen Synapse, a tactical game, and I’ve never been a big player of tactical games, even of the indie variety.  However, I finally took the plunge the day I saw they added Krystian Majewski’s Trauma to the bundle.

As an omnivorous reader of many game development blogs, I’d been following the evolution of the work at Game Design Scrapbook.  Initially, just based on the title of the game, what I expected was some kind of hospital drama.  I guess I was confusing it with Trauma Center.  Then, when I realized it was a contemplative piece about being the trauma patient (and no one would have Zombie Cancer) I was a little on the fence about whether or not I would enjoy it.  Can a game about being in the hospital really be all that interesting, or would I spend the whole game begging for the protagonist to die and get it over with?  My spoiler-filled impressions after the jump.

I confess I’m lying about this being a first impressions. I played the entire game. That’s because the entire game is really short, easily completed in under an hour.  It’s a coffee-break of an experience.  Even if you go back and meticulously collect every picture and alternate chapter ending, it won’t take you that long to see the whole game.

But the reason I’m posting this as an impression, aside from the game being short, is I think it defies a regular review, with stars and such. Whether or not you personally enjoy it is really an individual matter, but, at a low price and not much time commitment, you really haven’t got a lot to lose.

As far as what I thought?  I liked Trauma more than I anticipated I would. This is largely predicated on one aspect of the game: the main character does not die at the end.  (Sorry, I warned you about spoilers. With bold even!)  Why I feel this is so important to mention in my review is that, well, frankly, I see a lot of people die in a lot of video games, and I have a callous approach to this situation. Trying to get me to care about a stranger in a video game who is doomed anyway may even be beyond the most artistic of independent gaming endeavors.  Trying to get me to care about a person who is going to pull through, and has to deal with the fallout of the situation thereafter, is actually much more interesting. If you were on the fence about this one, as I was, because “eh, she probably dies anyway,” she actually doesn’t.

I found a lot to identify with about the main character in Trauma, despite the fact that we’re from different countries.  She is a student (or maybe more accurately recent graduate; she talks about working on her thesis) in the post-educational limbo world that is familiar to many young people.  She doesn’t seem quite sure how to make her own way in it, and is dealing with the burden of other people’s expectations, coping with the realization that her role models were fallible, and trying to fight off the mistakes of the past. 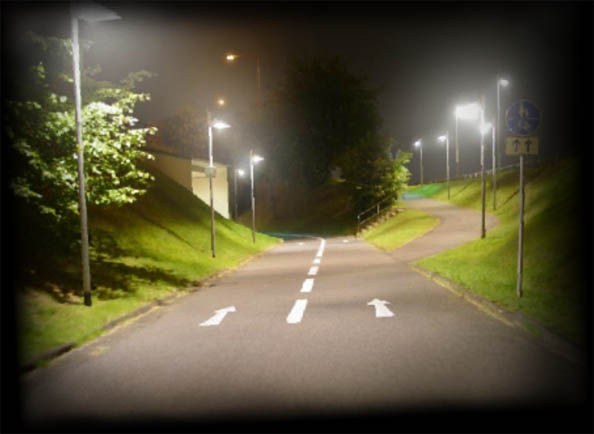 She is dealing with her problems by having eerie dreams. The dreams are told in real-world photographs combined with some post-processing, and as a vector for the storytelling they are really very effective. It’s obvious that care was taken in to their composition and to getting the right mood for each set piece in the game.  The game is then played by clicking around these photographs, exploring the environment as one would in an old static adventure game such as Myst.

Some of the photographic dreams show places the character has visited in life, but twisted, and others seem to be fabrications of her imagination that symbolize her problems.  A few key images are often revisited, such as the bubbly-looking stone statue pictured in the article header. When you see one of these key images, the game instructs you (and not subtly) to perform a certain gesture to clear the obstruction.  If I draw the right symbol with the mouse, the dream ends, usually with some kind of surrealist conclusion.  There are little extra photographs hidden throughout the dream sequences, and a few alternate endings for each, encouraging a bit of replay.

If you like surrealism, and have about a half-hour today, this is a fine way to spend it. The photographs are lovely and the voice work is also pretty well-done.  I’ve seen other reviews complain that the puzzles are too easy, but it’s clear to me that that sort of challenge isn’t really the point. The point is just getting to know the character and the things that she thinks.

If I had one complaint about Trauma, it’s not about it being too easy, but it’s that it’s equally easy to get alternate endings in the individual chapters.  If you get the standard ending, the interpretation of the game’s four scenes is pretty straightforward.  If you get one of the hidden endings, interpreting the scene becomes difficult. It’s not really clear if alternate endings (like finding the hidden Nighthawks painting, which you’ll see if you play the game) mean anything in the larger scheme of the story or are just Easter eggs.  I haven’t gone back to test and see if getting all alternate endings first changes the game’s actual ending, which I suppose would have an effect on how I felt about the alternate ones, but right now as it stands they’re kind of confusing.  My suspicion is that this is supposed to be confusing, and I’m supposed to interpret these scenes however I think is best.

If you want to give this one a little bit of your time, you have one more day, and some change, to pick up the newest Humble Bundle (and get a lot of other neat games I may also get around to playing).  After the deadline you’ll have to pay for the game at its main site. I’d say it’s worth checking out. It is a game about life, not about death, and for me personally that made all the difference.