This edition of Local Flavor takes me out to Boston. Quite by accident, really. I originally met Michael Silverman on a message board set up for Philadelphia game developers. I really enjoyed his game Don’t Shoot Yourself, which is currently on Steam Greenlight and playable on iOS. But before I could nail him down for an interview, I discovered he was moving to Boston, to work out of the Fire Hose Games incubator! Though I couldn’t check out his physical workspace, I still snagged him on Skype to ask some questions about Silverware Games, his design process, and his newest project. Check it out!

AJ: How did you get started in game development? Can you talk about your early work?

Silverman: My first job was at Firaxis Games interning on special effects code for Civilization Revolution. One thing I did was make it so arrows could get stuck in other units so I was into that whole “arrow in the knee” thing before it really took off. More recently I did “Strategery 2012” which was the 2012 presidential election as it actually happened: a series of Advance Wars style battles. It was a lot of fun to pull the goofiest quotes from the candidates and cut them together to make the dynamic talking head debate generator. I also did “Composition J” last year for iPad which is a combination of an old Windows arcade game “Jezzball” and abstract modern art. I sort of jokingly coined the phrase “post-neoplasticism” to describe the style of the game which art geeks might get a kick out of. I really wanted to make something beautiful for “Composition J” so that’s why I drew on high art. 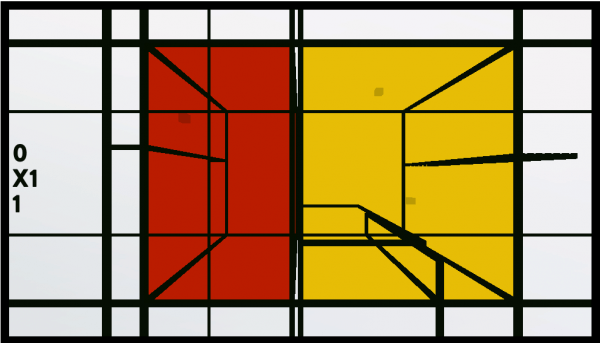 Silverman: I was raised in Delaware but there aren’t too many game developers based there so it was a bit lonely working on my stuff. I moved to Boston because I have a bunch of family and friends there as well as the fact that there are a lot more events and opportunities to meet other devs there. There’s the Boston FIG, Pax East, and a lot of other events and meetups for game devs. Renting a desk at Fire Hose Games has gone well so far. The people here are nice and they are working on cool games like “Catlateral Damage” and “Lets Quip.” It’s nice to have a place to go to each day to get work done rather than just staying in my apartment all day, and I’ve also gotten some feedback from some of the Fire Hose guys about some of my stuff which is helping a lot.

AJ: What’s the concept behind Don’t Shoot Yourself? How did it evolve during playtesting and what kind of feedback did you get?

Silverman: In “Don’t Shoot Yourself” you are stuck in a ring and have to avoid 100 of your own bullets as they bounce back at you. You can’t really run around randomly or you’ll end up shooting yourself so you have to come up with a good pattern based on the wall layout to make it through. Once you shoot 100 bullets you break through the walls and move to the next level. It took a bunch of iterations to get it to a complete game.I had a version of the game that was just a circle that you tried to dodge your bullets for as long as possible but I wasn’t happy with it and let it sit for several years. Eventually I realized that coming up with a pattern rather than moving randomly worked the best so I wanted to come up with a version that had different shaped levels to make it so different patterns worked for different levels. I still wasn’t too happy with the idea and the very last level I came up with I added a wall that worked a bit differently than the others, it bounced bullets back at you rather than reflecting them correctly. At this point I posted the game to the Philly Dev Night e-mail boards and I wasn’t too sure if I was going to move on. I think it was Tim Ambrogi of Final Form Games who posted that he liked that last level with the bounce pads the most because it introduced a new puzzle you had to figure out. Will Stallwood of Cipher Prime also figured out a way to trick the game by not moving and suggested making the bullet counter reverse when you stop moving. After that I redesigned all the levels to introduce a new puzzle or type of wall and the concept really gelled into an original game that worked for all the 60 levels we have so far.

Silverman: Speedway Heroes is a procedurally generated kart racing game. Its a bit like a cross between Mario Kart and an infinite runner. The design goal is to do for kart racing something like what Spelunky did with classic Mario physics and level design. I really want the random level generation to make it so this is a game you could play many many times and not get tired of it, whereas in a lot of racing games you sort of give up once you can beat all the tracks and unlock all the karts. So far Speedway Heroes has a couple of goofy “Karts” as well, rather than just cars you can also be a UFO or a Horse. It also has online multiplayer. The big thing I’m working on right now is the “Race to the DMV” which is a long track that samples obstacles and segments from the multiplayer tracks that ends at the DMV where you can register your license plate. Here is a video of that, still WIP:

AJ: A lot of local devs are choosing Unity – how would you describe your experience working with that engine – has it been a good tool for you?

Silverman: I’ve had a lot of luck with unity so far. Every so often I’ve been able to grab something from the asset store. For example the networking system I’m using for multiplayer is called “Photon Networking” and it makes it really easy to let players find matches. You still have to write the net code but this takes care of managing your servers. I’ve also been able to grab an effect or asset here or there, I got a nice explosion for the Speedway Heroes game over that will cover me until I bring an SFX artist on board. 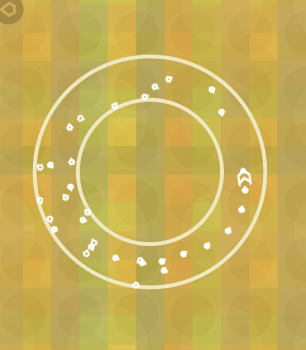 AJ: Don’t Shoot Yourself is on Steam Greenlight right now. What do you think of Greenlight and the program so far? (There’s a lot of debate about some of Steam’s recent changes here at Tap.)

Silverman: Greenlight is a bit of a mixed bag. Its a good way to get some info on how people will react to your concept which is helpful. You don’t want to be surprised that Steam users think your trailer is terrible or they hate your concept when your game actually is going up for sale. However, sometimes I do think things slip through the cracks a bit. “Don’t Shoot Yourself” has gotten over 200 positive comments so far but its still only slowly making progress towards making it through. It would be nice if Steam added in incentives for voting, perhaps you get a small chance of winning a copy of any game you vote for but you only have a finite amount of votes. I know a lot of games on Greenlight end up doing a deal where they give free copies to everyone who votes, which I think isn’t really helpful at figuring out what people actually want the most.

AJ: What are you most proud of?

Silverman: In terms of my career, I’m always the most proud when people finish my games. For DSY I’ve gotten some people who’ve played through every level and had really nice things to say about the whole thing. It still kind of blows my mind that fans spend all of this time figuring out all the puzzles I’ve come up with. That’s really what its all about, you want to make something that people have fun with. You spend all this time working on a million small things and its easy to lose the forest for the trees. Then when someone says excitedly that “I beat it!” it really brings it all home that you made something cool. There are a ton of reasons to be upset about what’s going on in the world, and it really makes me proud when something I’ve done has given someone a reason to be happy.

Thanks to Michael for taking the time to chat with me!

One Response to Local Flavor: Michael Silverman of Silverware Games