Maybe this is a curse of third Batman things: Arkham Origins is to the Arkham series what The Dark Knight Rises is to Christopher Nolan’s trilogy: the biggest, but probably the weakest, of a series of very good things. Arkham Origins is objectively a pretty good game, but that mostly comes from what it preserves from its predecessors, because it makes very few attempts at expanding that formula.

Batman’s origin has been told and re-told countless times.  Batman (the comic series) is even in the midst of a year-long origin arc.  The vast majority of Batman’s audience probably aren’t reading that series (though it is quite excellent at the moment), but will still remember Batman Begins well enough.  There’s no doubt in my mind that it is a good decision not to add Arkham Origins to this list.  Indeed, it’s a prequel, an origin story of sorts, but not of Batman himself; rather, of the particular world he inhabits, and ultimately of the asylum from which the series continues to take its name.

It’s Christmas Eve, around two years after Bruce Wayne first donned the cowl.  Gotham is, as ever, a city in the grip of organized crime, where there are probably as many crooks on the police force as are locked up in Blackgate Penitentiary.  Jim Gordon is still a captain, languishing under the corrupt Commissioner Loeb.  Batman is still considered more myth than reality by most people who haven’t seen him, though he’s made enough of an impression that more than a few superstitious criminals glance over their shoulder at night.  A handful of notable criminals have appeared: Oswald Cobblepot is an up-and-coming black marketeer, and Julian Day, the serial killer known as Calendar Man, is scheduled to be executed that very night.  Gotham has yet to really see that “better class of criminal” it so deserves.

By Christmas morning, that will have changed.

One Night to Kill the Bat

The game opens with Roman Sionis – the crime lord known as Black Mask, after the black skull mask he wears – attacking Blackgate.  Batman intervenes, of course, but not before a major prison break sets the stage for a long night of crimefighting.  Soon, he discovers that things are going to only get worse from there: as part of his Christmas Eve plans, Sionis has offered fifty million dollars to whichever of eight assassins can manage to kill the Batman that night.

The assassins are a who’s-who of A-, B-, and C-list DC villains, some of whom have appeared in the series before (like expert marksman Deadshot, who had a side quest in Arkham City, or Bane, who appeared in both previous titles) and others who are new arrivals (most notably – and most prominently advertised – Deathstroke, master mercenary).  A handful of other villains take advantage of the night’s chaos to make their own debuts, from Mad Hatter and Anarky to the “mysterious” Enigma. 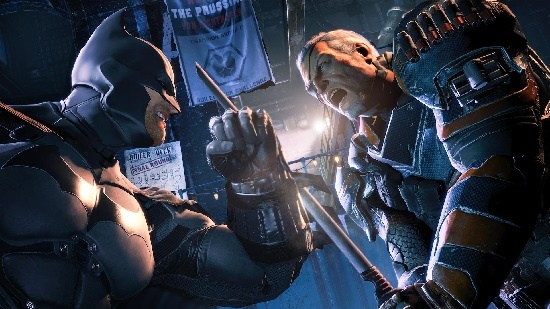 Considering how much he was featured in the marketing (and how awesome he can be), Deathstroke’s appearance is criminally brief.

It’s not a bad setup for a Batman story that requires a lot of villains.  Wisely, WB Games didn’t try to load it down with too many of Batman’s biggest rogues; that worked out fine for Arkham City, but if Batman had to have his first encounter with half a dozen of his greatest enemies all on the same night, it would’ve been a bit much.  The story has a more interesting setup than the previous two Arkham games, but unfortunately that story does not occupy a more interesting Gotham; just a bigger one.  Indeed, about fifty percent of the map is the area that will eventually be walled off and turned into Arkham City.

And that’s Origins‘s biggest failing: it makes the mistake that bigger is better.  Maybe this is a curse of third Batman things: Arkham Origins is to the Arkham series what The Dark Knight Rises is to Christopher Nolan’s trilogy: the biggest, but probably the weakest, of a series of very good things.  Arkham Origins is objectively a pretty good game, but that mostly comes from what it preserves from its predecessors, because it makes very few attempts at expanding that formula.

I can’t help but wonder how much of Origins was dictated by marketing.  Unlike the first two, Origins was developed internally; Origins has a multiplayer mode, which I’ll admit to not having tried, because it smacks of obligatory inclusion; Origins ultimately features Bane and the Joker most prominently of all its villains, perhaps because they are the most recognizable of Batman’s nemeses to the casual Bat-fan, even if these are versions much more true to their comic incarnations than those seen in the most recent films.

The gameplay itself feels like it’s designed based on what’s already worked, both for Arkham and for open world games in general.  The map’s bigger, but the combat system is pretty much exactly what Arkham City uses.  I do still have a lot of fun with the freeflow combat, but notably there’s very little added to it.  The gadgets are the same story: Batman’s arsenal, with one or two minor exceptions, are at most reskinned versions of gadgets from the previous games.  Some gadget puzzles almost seem to rely on you remembering how you solved something similar in Arkham City.  Even many bits of the story, which is decently written in the absence of the great Bat-scribe Paul Dini, are imported directly (although sometimes nebulously) from major Batman stories, like the game’s rather cryptic inclusion of the Joker’s origin from The Killing Joke that will leave players who haven’t read it scratching their heads and asking, “What just happened?” 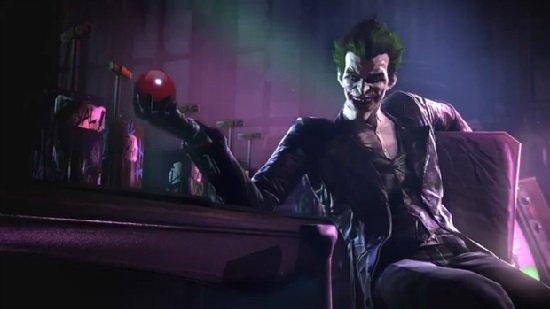 The additions are minor, but mostly pretty decent; they just don’t end up amounting to a great deal.  For the first time, Batman can freely return to the Batcave, and talk directly to Alfred for advice and XP.  There’s a fast travel system in place using the Batwing.  And, most interestingly, the crime scene investigation mechanics glimpsed in previous games have been fleshed out a bit, and made into side quests as well as being incorporated into the main campaign.  It’s a concept worth exploring further, because it never really reaches its potential as it is; they aren’t quite puzzles, because Batman holds your hand through them from the first to the last, but with a little effort it could become a very cool part of future games in the series (if there are any – which I suspect there will be).  There are a handful of reductive changes, like the disappearance of the Riddler’s riddles, replacing them with much more frustrating and less interesting things to find in the environment.

Origins does, it must be said, have a handful of noticeable, but not game-breaking, glitches.  Most of the ones I encountered had to do with collectibles and the Dark Knight challenges the game challenges you to complete, from collectable items remaining on the map when they had been collected to the game awarding you for things you haven’t done.  Yes, it’s a glitch in the player’s favor, but after the third time the game gave me credit for a very difficult task after beating up two unarmed dudes, I was actually kind of put off.  It’s better than the game ignoring such achievements, to be sure, but somehow I still felt robbed.

A Better Cast of Criminals

Veterans of the series will also notice that the game really adds very few new rogues that haven’t been seen yet.  The Mad Hatter is a side quest again, and very near to the one from Arkham City.  The Penguin is a significant stepping stone in the main story.  The Joker is the major villain by the climax.  Newcomers like Anarky or Copperhead come and go pretty quickly, and even the ones that got top billing in the early publicity push – Black Mask and Deathstroke – take a back seat to the same villains we’ve seen Batman grapple with a lot lately.  Why not make more use of some of Batman’s other, less major rogues instead of reusing the likes of the Hatter? 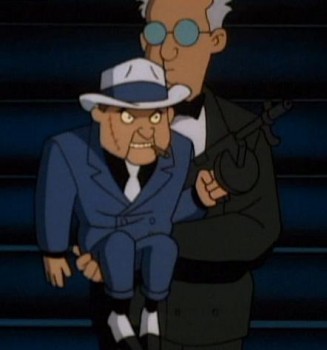 Where is he, Warner Bros.? WHERE IS HE?

Though I have gripes about the characters they chose to focus on, I cannot fault the cast itself, which reads like an all-star team of voice actors.  Troy Baker, who seems to be having a hell of a year, replaces Mark Hamill’s definitive Joker portrayal with a good-but-not-great imitation.  There were times that I was pleasantly surprised at how like Hamill Baker managed to sound; he gets the laugh down pretty reasonably, for instance.  But other times it’s definitely not the same voice.  To be fair, Hamill has pretty much retired from being the Joker, so Baker might be the best we’ll get for reprising that take on the role.  Batman’s voice, previously provided magnificently by Kevin Conroy, has also been replaced, though in his case the difference is a lot less noticeable.

Ultimately, Arkham Origins will scratch that Bat-itch that’s no doubt been building up since you finished Arkham City, and it has some good moments; but it feels mass-produced, a collection of things that have worked already, trying to appeal to the broadest swath of Bat-fans by throwing characters and moments at you that are immediately recognizable.  It’s that critical misunderstanding about fans of things like this, the thought that they – we – just want to see the same stuff over and over, and nothing else.

The game hints at possibilities for the future – interesting ones that I’d like to see followed up on.  And I do think that there’s more that can be done with the Arkham series.  They aren’t going to stop making Bat-games, and they may as well be pretty good, like Origins ultimately is.  It’s more of what made the previous games so good.  Sure, there are missed opportunities – why couldn’t the assassins actively stalk Batman through Gotham, instead of just waiting for their moment in the story to come along? – but nothing really breaks, either.

But next time, Warner Bros., try it without the Joker.  I dare you.