“A future in which almost every aspect of your life includes a game like experience is all but inevitable.”

I just got around to reading the December issue of Scientific American.  Bad mistake, I should have gotten to it earlier because therein is a fascinating article by John Pavlus called “The Game of Life.”  He makes the very simple claim that games will become part of our daily lives and they will not only make us smarter, but better people.  See?  Gamers have been right all the time.

I must admit, there was a time I would have laughed at the thought that games could make us smarter or better people.  Matter of fact, I spent the better part of my son’s youth trying to drag him away from games and into the sunshine.  It didn’t work, and worse, according to the research currently being done, he may have been smarter than his Dad.

Carnegie-Mellon University is a leader among the schools proposing games can have a brighter future than they currently enjoy.  Some top psychologists agree.  Tomorrow’s games will be different, but different does not mean they will be any less fun than today’s, nor does it mean today’s games will disappear, but as you see from the quote above, professor Jesse Schell, the chair of Mellon’s Entertainment Technology Center,  former chair of the International Game Developers Association, author of the award-winning The Art of Game Design, and founder of Schell Games (get it?) foresees a “future in which almost every aspect of your life includes a game like experience as all but inevitable.” An interesting thought from very high circles in our educational arena, and frankly, one that is tough to wrap your head around because today’s games are often far removed from real life.  We simply do not need a M-60, an assault rifle, or even a .38 to go to the grocery store, and we rarely encounter aliens or zombies on the way there. 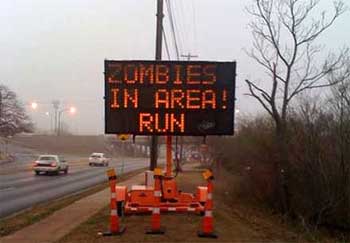 It is common knowledge the military uses game theory to teach drone pilots how to fly, battlefield commanders how to fight, infantry companies how to communicate and act as a unit, even naval personnel the intricacies of their craft.  These are interesting and worthwhile starts, but where does it go from there?  Well, this example blew my mind because I didn’t think anything could make algebra fun: five schools in Kansas and Texas implemented a gaming technique to improve math skills.  Using high school students and basic algebra as their benchmark, a game was developed for student use.  Students were introduced to the game, but not pushed.  They were encouraged to try it, then work at their own pace.  They were to move to “the next level” only when they felt ready.  Over the four-year period of the test, all the schools registered double digit improvements in state math tests.  One school increased results by almost 40%.  Wonder what would happen if we applied game theory to world peace? We’re already applying it to protecting the planet.

And it doesn’t end there! As if that weren’t enough, researchers are designing games “as a means of radically improving our world.”  These include games for business, health care, and government as well as education.  Some of these may well use an avatar-driven interface to make the user feel more in control, more motivated or less intimidated by this strange but brave new world.  The fact is effective games “harness basic human motivational tendencies in elegant ways” says clinical psychologist Richard Ryan.  “Human beings are curious animals with a natural drive to play and master their environments.”  In their way, today’s games do that!  What they do not do is tap deeply enough into our own natural desires to be problem solvers in a more acceptable way.  After all, the problem-solving lessons implied by the upcoming Bulletstorm are not acceptable parts of a civilized society.

Interestingly enough, today’s games satisfy most of the criteria set out by educators and researchers.  Except for the second item below, I cannot think of a single of today’s games that does not satisfy the criteria.  The issue is today’s games use a different benchmark, one less directly useful for succeeding in modern society, that is why there is so much criticism.  What are these criteria?  The article concludes that tomorrow’s games, games that will make us a better, stronger society must:

At least that’s the theory.  The trouble is games “that work in theory can turn frustrating and counterproductive,” says Schell.  He refers to this process by which good intentions can backfire as “the gamepocalypse.”  The best insurance against that, he says, is to build bridges between talented game designers and technology leaders outside the entertainment field.  I have read about a billion articles, many right here at Tap-Repeatedly, that strongly suggest game designers need to think more elegantly, designing games that light up the creative, caring, problem solving part of our brain, not simply the dark side.

Psychologist and games expert Byron Reeves agrees:  “There are no psychological mechanisms that work for games that don’t work in real life…the reward center of our brains…are lit up by well-designed game when we engage with any well-designed interactive system.”  So, for all of you who have been abused all these years for loving games, just know that GAMES RULE.  Guess that about says it all.

3 Responses to The Gameification of Everything