I was so excited when the message about the final chapter of Cognition: an Erica Reed Thriller, dropped into my inbox, that I let out a little squeal of joy. In public. People looked at me.

That should be your warning that I’ve become remarkably invested in this adventure game series. It’s got a lot of the things I love in an adventure game: interesting characters, interpersonal drama, and lots of juicy but fairly-well-integrated puzzles. I have held off on writing another review post about the series until I finished the final chapter to see how everything came together. But in the meantime, I keep recommending the game to people by word-of-mouth. It’s not an entirely perfect game, but there’s just so much to like about it that I evangelize it to any adventure game fans that will listen. 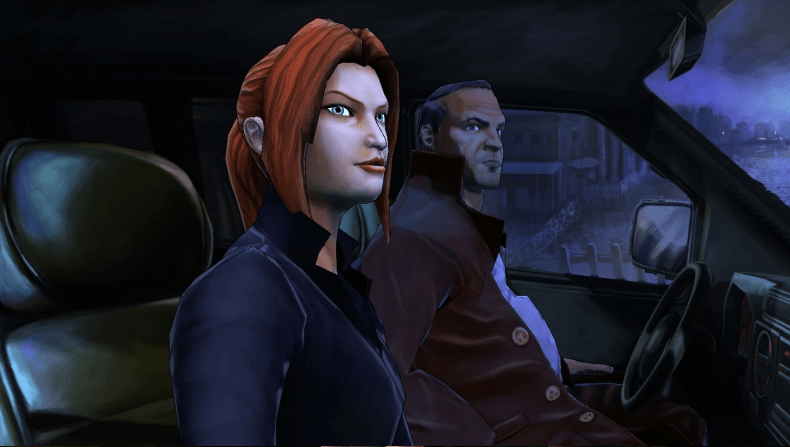 First, a few facts, as spoiler-free as possible. Cognition, which I’ve written about before, is a serial adventure game series about Erica Reed, a detective with psychic powers, and her quest to solve a series of murders. These details are important, since both “psychic powers” and “serial killers” turn out to be great excuses to have complex puzzles that don’t take you out of the story very often. Of course serial killers leave behind cryptic clues at the scene of the crime, and have crazy scrawled notes on the back of torn photographs. That’s just what serial killers do.

Episode Four: The Cain Killer focuses on a killer who is also a brilliant trap-maker, and that’s a pretty easy hook to hang some weird puzzles on. There’s also two more twists. The killer actually knows that Erica is psychic, which means he’s designed his traps around her using her powers. Erica will also have to work with another character, one with precognitive powers, for part of the game, and the killer is aware of that too. 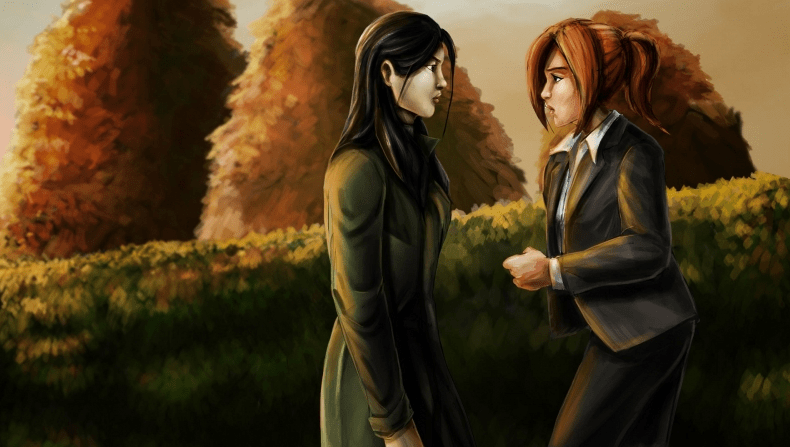 Though this is a review of Episode Four in specific, I’m going to touch on details of the entire series here and there. Every new chapter of the game has also added a few additional mechanics, riffing mostly on the psychic powers theme. In the first chapter, Erica could touch objects to see the past. This moved into combinations of objects, and then, people. People prove a more interesting challenge because sometimes Erica has to walk through their memories with a conversation to help them piece together their pasts. One of the big centerpiece puzzles in The Cain Killer focuses on this mechanic, while others are object combination puzzles.

The Cain Killer also adds one more new mechanic, a  kind of reaction meter that shows how much a particular character likes or dislikes Erica during conversations. This episode has a stronger focus on interactive conversations. Sometimes Erica will have to manage her dialog responses to convince someone to work with her about something. In practice, the right options aren’t too difficult to guess. Missing one or two usually won’t kill you in most conversations. But it does add a little more tension to certain conversational scenes. 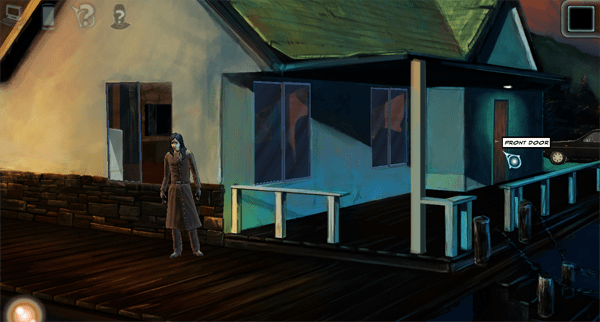 The fourth chapter of Cognition is the final chapter, and because of that, it’s more intense in pacing than previous chapters of the game. While it adds things, it also takes things away. Primarily, there’s no free-roaming in this final chapter at all. It just whisks Erica from one set-piece to the next. When she arrives there, she has to solve the mystery at hand, and then repeat. I’m not sure if this was because the developers felt crunched for time, or if they just didn’t see a point to allowing free-roaming in this chapter. The chapter didn’t feel too short as a result, since it ended the story well. But it was notably shorter than earlier chapters, and it did feel a little sparse: perhaps “under-implemented” is a better way to describe it. Only one or two screens comprised most important environments, and in those environments, only puzzle-relevant things in the environment were interactive. There weren’t any red herrings to look at, or things to examine just for an interesting quip, which is something previous chapters had. The comparison I’d make here is the last few chapters of Indigo Prophecy/Fahrenheit, not necessarily from a story perspective (it goes off the rails a little, but not that off the rails) but just in how it felt as if the story was pushing me to only click on important things and there were less things to do and click on in rooms overall.

There’s also a few puzzles in this game that require quick clicking fingers. This is logical for an intense finale. But it’s frustrating to keep getting that “Killed In Action” screen, when I know what to do, but can’t do it fast enough. A little trial-and-error is required here.

The game (and in this case, I mean this series in general) has one other distracting flaw, in that the animation sometimes glitches noticeably. It may be something that only bothers me due to a familiarity with rigging systems, but when Erica is chained up on a wall and her shoulders are popping out of the socket in a very unnatural way, it takes me out of the intensity of the moment. Then again, The Walking Dead also had this issue, so it’s far from a solved problem in serial adventure titles. Maybe it’s just easier for the mind to accept an awkward, floppy rag-doll death in an action title than one weird little hand-twitch in an otherwise natural feeling conversation sequence. 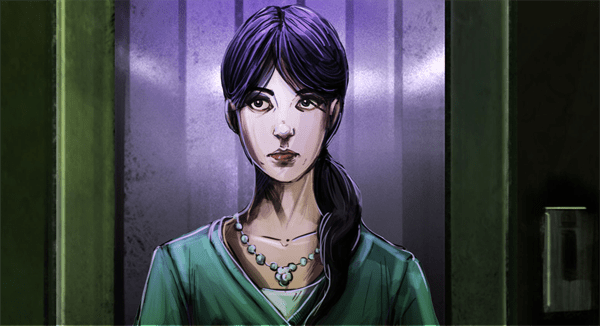 The voice acting in this chapter is solid throughout. I buy close to every line of dialog in this, which is a feat considering how extreme the situations portrayed in the story turn out to be (and how thick the accents sometimes are). I’d say there’s a couple of rough patches, but they’re not extremely common in this particular chapter.

This brings me to the best worst thing about the Cognition series. And that’s this. I really have grown to like these characters. I like Erica. I like her partner, John. I like Cordelia, the game’s frenemy character. I like Erica’s dad Brian, whom I’ve come to refer to as “Hint Dad” (since you can call him on the cell phone in earlier chapters for hints). And… bad things happen to these nice people! It’s kind of maddening! I get attached to someone, and then: boom! I imagine this is what being a Game of Thrones fan feels like, except I’ve never actually seen Game of Thrones. Cognition has less nudity, but probably equivalent gore, a warning for the weak of stomach.

If you don’t like adventure game style logic puzzles, or if the occasional bit of lag and animation flaws will stop you from enjoying a great story, maybe don’t pick up the Cognition series. But if you like a good mystery murder story, don’t miss it. The whole series is on Steam right now, and on sale still for a limited time.