I’m not very good at real-time strategy games. I attribute this to my inability to multitask well, but that’s not to say I don’t enjoy playing them. The biggest problem I have with them is that most revolve around micromanagement, and since AI War, with its seriously robust automation and smart unit management, I’ve become more of a macromanagement kind of guy. Why? Because it means I can focus on the strategy part. You know, the important part. Not the frantic juggling and tedious busy work part. Homeworld and Company of Heroes, allegedly two of the finest real-time strategy games evar, turned me off because I had to nanny certain units. I’m sorry but, engineers, you need to fix those tanks right in front of you. And repair frigates, those nearby damaged ships need looking at. Do your fucking jobs. The more granular my level of involvement the more distracted I am from the strategy, and for me, that’s a problem.

The first time was a couple of years ago after finding a demo of it in some dusty corner of the internet. I got frustrated with it and promptly struck it off my list.

Earlier this year however, after seeing it top Tom Chick’s refreshing ‘Ten games you should still be playing’ list — a reaction to the E3 froth-fest — and coupled with my enjoyment of Brütal Legend (another third-person RTS apparently influenced by Sacrifice, albeit one with more hacking and slashing, heavy metal and Jack Black), I decided to pick it up off GOG and give it another go.

Suffice to say I got frustrated with it — apoplectic even — and struck it off my list, again. Sorry Steerpike, I know you love(d) it, as do many others — the Metacritic page for Sacrifice has your Four Fat Chicks review right at the top there! Get ready for the hits! No wait, this is a 2000 game, never mind — but I couldn’t just angrily stop playing it and walk away. No, I felt the pang of a rant coming on. 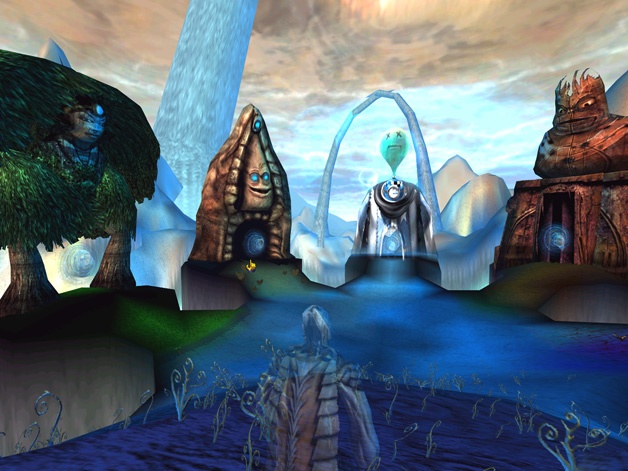 Now don’t get me wrong, there’s a lot I love about Sacrifice. The irresistibly kooky artstyle; the voice overs, writing and characters; the non-linear mission structure (this I particularly love); the intriguing story and setting; the enduring engine and graphics; the vision of it all. But none of that matters because it just made me want to snap the disc. If only I’d had one. Here’s why: 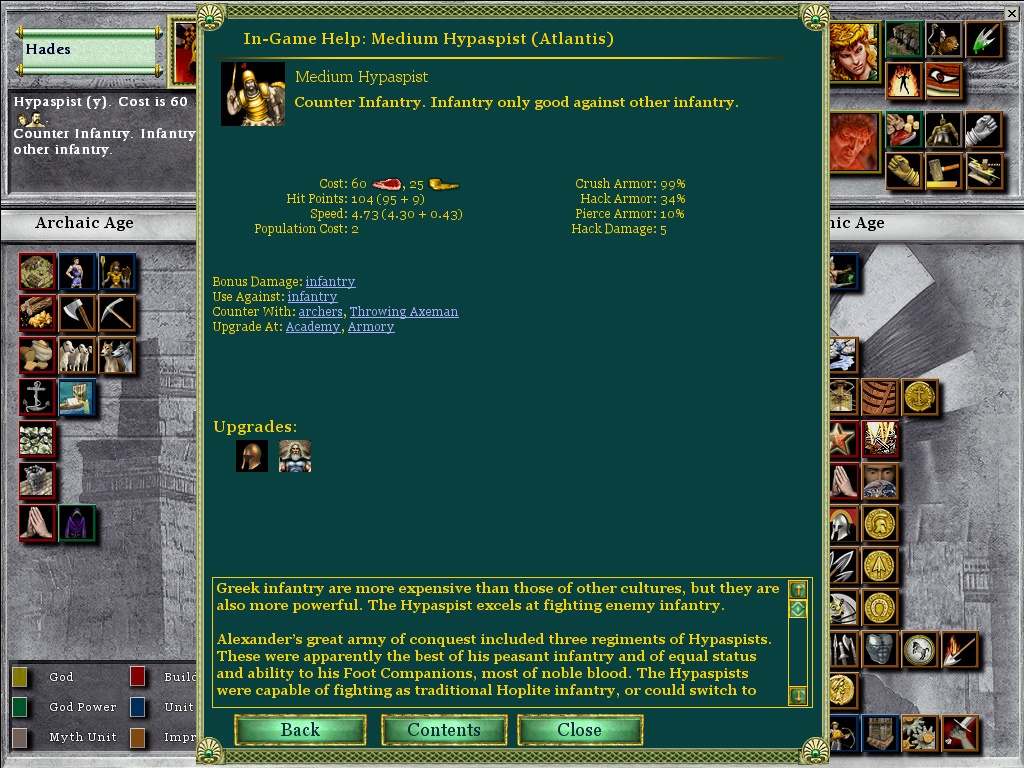 Age of Mythology: This is what I’m talking about (click to enlarge). 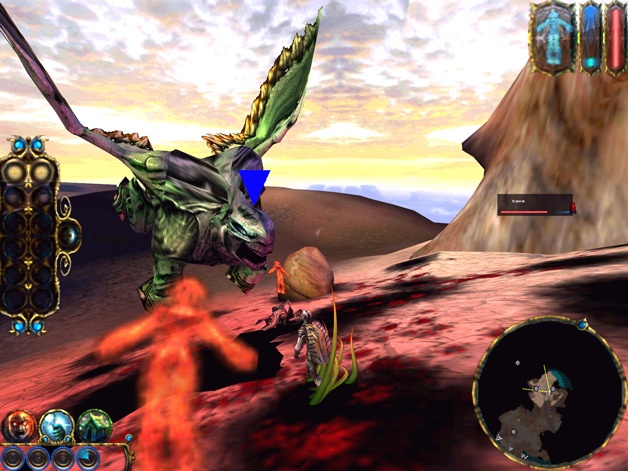 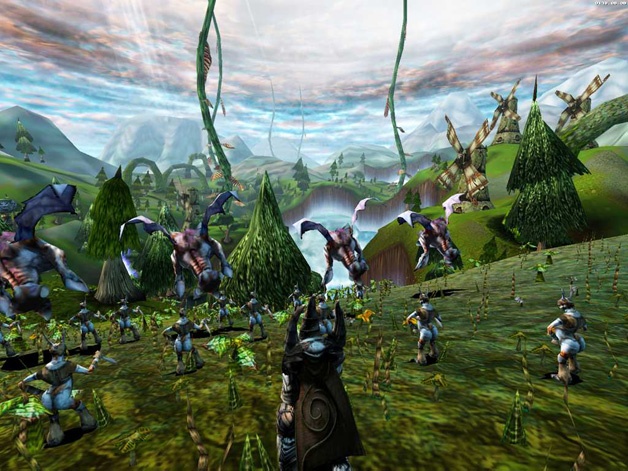 There’s a reason why Eddie Riggs can fly above the battlefield in Brütal Legend: so the player can see what the hell is going on and react accordingly. There’s no cop-out mini-map in the corner: you take to the air, make your moves and drop back down again into the fray. It’s fluid and it works. Double Fine must have realised that third-person ground-based commanding was limiting in ways that Sacrifice pretty much lays bare: it’s messy and restrictive — even with a mouse and keyboard. No matter how hard I tried, I just couldn’t work out how I was supposed to play Sacrifice with any sort of grace or finesse. It just felt like clusterfuck after clusterfuck, fighting with my creatures’ misbehaviour, the third-person perspective, the lack of information, the controls and UI. In one Let’s Play I heard a guy say ‘That was a messy fight’: welcome to Sacrifice buddy, in my time with it I found almost all of them to be like that and watching seasoned veterans playing it in multiplayer didn’t instil me with confidence that it would get any better.

The straw that broke the camel’s back for me was when I’d spent a good fifteen to twenty minutes collecting souls, summoning creatures, organising and hotkeying them into groups before setting off to take a nearby mana fountain. As my horde made its way across the expanse of charred earth between us and our quarry, a volcano erupted from the ground spewing out magma and frazzling everything in the vicinity — namely us. Back to square one. It’s time for you to load your last save Gregg and build and organise that army again. No, Sacrifice, it’s time for me to uninstall you. (Actually, I wiped my hard drive, but that was for another reason).

Reading the gushing reviews and comments across the web I honestly feel like I’ve played a different game. Have I missed something glaring in the tutorial? Am I doing something horribly horribly wrong? It’s one of the few games where I struggle to understand how people can hold it in such high esteem and overlook what seem like glaring issues to me. What on earth is going on? Have I got to give it more time?

You know, every time I see screenshots or videos of Sacrifice I want to give it another go because it’s so deliciously unique and beautiful — honestly, look at those screenshots, this is a 13 year old game — but I know I’ll wind up feeling the same about it. Three attempts at getting into the original Deus Ex and 20-30 hours later and I still felt the same indifference towards it as I did the first and second time. I don’t intend on doing that again. No, I’d rather play Brütal Legend again, or continue with the Titans expansion for Age of Mythology, or even give Divinity: Dragon Commander a whirl. Onwards I say.

To contact the author of this sacrilege please email greggb@tap-repeatedly.com