Gamers are good at making design choices seem like the end of the world.  Very rarely is it, really.  Though in one instance over these last six months, one game has brought to the market (though not the video game market) a design choice that is the end of a world as we know it.  Over and over again.

I speak, of course, about Risk Legacy, the latest in a long string of Risk variants that Hasbro’s put out over the years.  Most of these variants have been licensing affairs with a different map and some special rules to fit the property: Lord of the Rings Risk, Halo Risk, and so on.  Legacy is not.  Legacy is a game in which every game played will have lasting effects on every future game played with that Legacy set.  It’s a board game with some unmistakable borrowings from video games, where persistent progress is pretty normal, but also some really ambitious – some would even say audacious – features that mean that the game is going to change.  Whether you like it or not.

Risk Legacy is controversial because it has consequences.

What Risk Legacy does is such a paradigm shift, in many ways, for board games that it’s easy to forget that what it does – the essence of it – has relevance for other kinds of games, too.  Not in nearly the same way, to be sure: after all, saving a map’s status is child’s play for video games, and some games have done that kind of thing.  Heck, that’s what Minecraft‘s all about.

To be sure, I don’t think it’s the benefits that can carry across multiple games of Risk Legacy that have some gamers up in arms.  It’s the penalties.  It’s the fact that particularly battered territories could become forever more difficult to hold or take.  It’s the fact that some cards have multiple possible effects, but what effect will be in play ever again must be chosen the first time.  Apparently, the game occasionally tells you to tear up a card and throw it away.  Which is just…it hurts a little, inside.

It occurred to me that in some ways Risk Legacy is like permadeath.  I mean, that’s the most comparable thing I can think of in the video game world.  I’d wager that most gamers – the majority – dislike the prospect of permadeath.  I know there are some that like the idea, and for good reason: I’m (probably) one of them.  Such a thing makes decisions really matter.  I think it’s hard to argue against the fact that the normal mode of game playing results in a sort of “cheap bravery”, a mad bravado that exists solely because there are few, if any, consequences for what might happen.

I mean, it’s totally fair to say that that’s what you want in your games.  Sometimes that’s definitely what I want in my games.  I wouldn’t want every board game I played to be Risk Legacy, and I wouldn’t want every video game to have permadeath.  But especially as a pretty heavy hobby gamer here, across most media, sometimes the decisions I have to make, the things that should be the core of the entertainment, just…aren’t.

At this point I can practically hear some of you screaming, “But permadeath exists!  [Game] has it!”  Which is true.  Permadeath does exist.  ARPGs like Diablo II or Sacred (or, I’m told, Diablo 3) have it in hardcore modes.  Some MMOs have dabbled.  I’ve heard that Star Wars Galaxies implemented permadeath for Jedi for a brief time, though I never played Galaxies even a little and apparently that was one of many things about Jedi that they caved on pretty quickly.

Others might point out Mass Effect and its sequels as games with permadeath, since, yes, it exists, though it’s sort of…I don’t know, I suppose it functions for what it is – a dramatic point – but it’s pretty weak sauce I think when it comes to being a compelling choice in a lot of ways.  Mass Effect‘s legendary moment of truth had the issue that most players knew it was coming by the time they got to it, and they knew there was nothing they could do to stop it.  That choice was a Kobayashi Maru, one that no amount of luck or logic could change.  This was not a consequence of any real player agency but of the plot: the player has to choose a character to die.  The player cannot avoid making that choice. 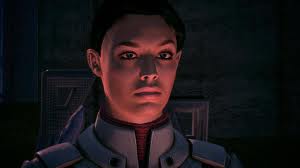 And it doesn't help that I'm kinda glad she's dead.

Mass Effect 2‘s suicide mission sequence perhaps took this fact to heart, and admittedly I know less about all the factors that determine whether or not a character can/will survive the mission.  There’s the whole Loyalty Mission thing, which I sort of assumed (though I’ve no evidence for this) would essentially make a character immune to death.  Then there’s all the different times that the player has to decide which characters will take certain duties, and I wonder about how much that matters, too.  I’m sure it matters some; but can your orders, then, trump the fact that a character is Loyal?  I don’t know.  Nobody who died on my suicide mission was loyal to me, nor was she on a particularly dangerous task, truth told. 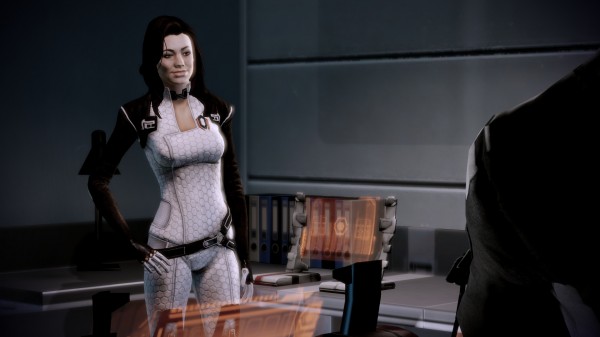 Permadeath certainly isn’t the only thing that comes to mind with video games.  Environments that could really be changed in a considerable way would be awesome.  All those FPS games out there with destructible terrain in the levels?  How cool would it be to sometimes – maybe not always, but sometimes – find the leftovers of a previous match on that map: damage, bodies, even weapons and ammo?  Doesn’t matter if you were involved or not, though I suppose it could give you a big leg up if you were.

If we want games to feel like our choices matter – whatever kind of game it is – the choices need to be dangerous ones.  They need to have some sense of consequence, but probably also be a consequence in themselves.

I wonder if the proliferation of free-to-play MMOs will, perhaps, lead to one or two popping up that end up implementing permadeath.  I understand it’s a pretty hazardous proposition to have permadeath in a game that players have to pay $15 a month to play, or even one they’ve forked over some amount in the first place, but if there’s no cost to them (no compulsory cost, anyway) then maybe they take what they can get, right?  I would.  I’m one of those who frequently follows up gripes about an F2P game with, “Eh, but it is free.”  And heck, I’m sure someone could make a killing on real-money resurrection talismans in an F2P game.  No pun intended.

Okay, actually, that last sentence was a lie.  That was totally on purpose.

16 Responses to Persistence of Revision