It wouldn’t be sensationalist to state that RIFT is the most polished and accomplished MMOG BETA I have ever taken part in.  And while not fault free, the single problem I did encounter (being unable to login due to queueing issues), was when servers first opened; a problem undoubtedly linked to the sheer quantity of people flooding on-line.  The rest of my evening however, was flawless.

It’s a staggering achievement by Trion Worlds and one that is reaping rewards within the RIFT community.   Chat channels filled with “Oh god its so polished!” or “I’ve already left World of Warcraft for this” littered my screen for the entire evening. In a time where MMOG developers are pushed to launch a product, irrespective of bugs and missing features, it is evident that Trion Worlds have and will avoid this fate and is a feat that should be praised much more than currently is.

The game itself has (in almost every element) been influenced by those around it.  If you’ve experience within MMOG’s, you could without fault point out specific elements of the game and state the original source of the idea.  From the user interface and its customisation, to the quest system and map marking or the guild perks: it is all recognisable.  But Trion Worlds shouldn’t be criticised for doing what every other MMOG developer has done over the last ten years, which is to build upon existing frameworks that are well established, and more importantly loved by those who play the genre.  Not once did anyone raise an eyebrow when Blizzard shamelessly copied Warhammer Onlines Tome of Knowledge and more specifically Guild Perks, so why should we do the same to Trion?

It is in the execution of such ideas where Trion has really excelled, improving even further on core concepts and ideas from others with such refinement, I’m unsure if they could be streamlined any further. The User Interface Customisation, so extensively realised in Warhammer Online, is a masterstroke within RIFT.  So much so I would probably suggest it is the best in-game customisation of an interface I have ever experienced within an MMOG.  It’s so intuitive and accessible that it provides the user with everything they could possibly need to make their interface exactly as they want it without the necessity to visit external websites for tweaks and add-ons’. 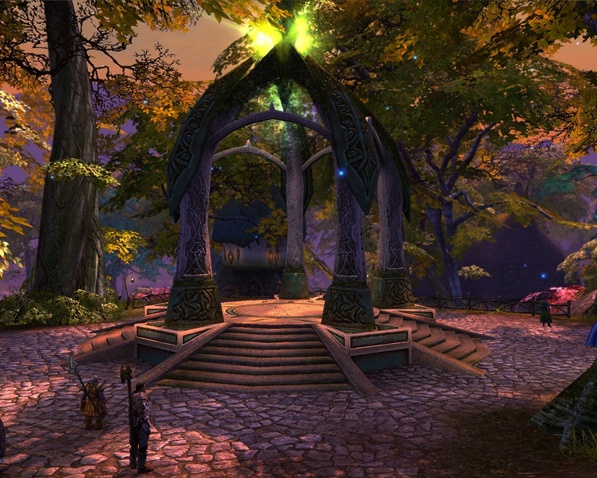 Where Trion Worlds will struggle however is to personally define their game, to stamp their identity onto it and to allow people to understand where the ideas of other developers end and their innovations actually begin.  So much of RIFT may seem familiar, yet under the surface the game is bursting with new ideas.

The first of Trion Worlds master strokes is the class and Soul system.  There are four classes to choose from within the game: Warrior, Mage, Cleric and Rogue.  After choosing a class you can select three Souls, with a total of nine to choose from.  For example, if you were to select a Rogue, you would be able to choose from the following Souls:

Each of the Souls has its own Talent Tree which you can spend points into as you level up, allowing you access to that Souls specific skills and giving you the opportunity to tweak and plot a truly individual class (within the restriction of the Archtype you’ve chosen). 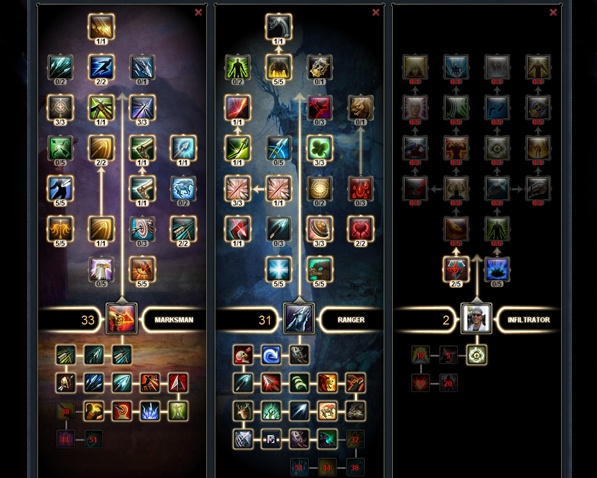 In my circumstance, I chose Marksman as my first Soul as I wanted the distance combat Rifles and Bows offer, alongside the speed inducing movement skills.  For my second Soul I chose Ranger as I wanted to be able to utilise Pets and Tracking abilities and for my third Soul I chose Saboteur, for the array of Traps and explosives.

To add an extra layer of spice to the system, Trion Worlds have made it so your primary skills are not purchased from a Trainer dependant on your class and level (see World of Warcraft) but are in fact obtained by spending points directly into each Soul.   The first skills are “branches”, which are the specific abilities/bonuses that the player allocates the points to, and “roots”, which are the soul’s base abilities that are automatically unlocked as the players have allocated a certain number of points into the branches.

It’s a system that is so utterly brilliant  (despite sounding complicated) that not only does it remove the desire to make dozens of alternative characters to experience different play styles, but offers such a freedom that I’ve found myself tinkering with the Soul Talent Calculator for hours, trying to allocate my points and secure the perfect balance of skills across my Souls.  Trion Worlds for this alone deserve your money (you can test it here).

What may put players off however is the lack of racial starting zones and the linearity of the leveling structure.  World of Warcraft in its later expansion packs and Warhammer Online both suffer this problem.  As a player you are railroaded from one zone to the next in a gentle curve of experience and exposure to new elements of the game.  While it makes for an effective play through, it could be argued that it is only interesting once.  The lack of racial starting zones (every race begins in the same location) coupled with this linearity leaves no room for alternative leveling.  Personally I’m not particularly interested in replaying the exact same quests through the same zones if I were to level an alternative character, although the Soul structure significantly alleviates the desire for alt-itis.

A huge draw of RIFT are the Rifts themselves.  Very similar to Warhammer Onlines Public Quests but more akin to Guild Wars 2’s Dynamic Events, they have a direct impact on the game world.  Rifts are entirely and random in their locations and severity and if left by players, the invading monsters spawned from the Rift will eventually capture large portions of the map and wipe-out entire quest hubs and areas.  They sound an exciting prospect and having experienced minor tears, I’m looking forward to experiencing the larger more formidable versions. 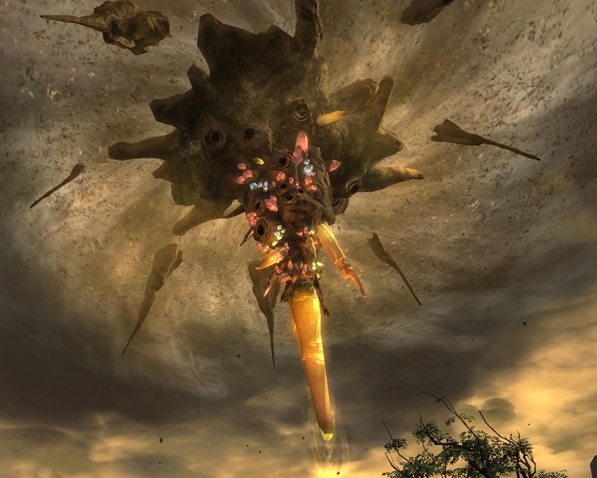 One of the many stunning Rifts

What I do fear with Rifts though, in their random nature, is that unlike Warhammer Onlines Public Quest system, there feels too little structure.  Where there was a clear beginning, middle and end in pre-scripted scenarios, this all feels very unorganised. A series of monsters that spawn to be quickly despatched by the crowd of waiting players isn’t particularly rewarding or satisfying and often feels like a scrum, but that in part isn’t helped by the quantity of BETA players in zones.  On the flip side, when you do encounter a town ablaze with an open Rift surrounded by monsters, it really is moment of magic.

At times my PC has actually struggled to keep fluid framerates when encountering Rifts (coupled with masses of players on screen), despite being leagues ahead of the recommended system requirements. RIFT really is a stunning game and with the introduction of anti-aliasing in the latest BETA phase, it’s evident Trion Worlds are still working on the graphics and engine. I’m hoping that further tweaks to performance are on the way.  With the level of polish Trion Worlds have demonstrated so far, I don’t think we’ll have too long to wait.

For now, I’m genuinely reluctant to play any more and am grateful this BETA phase has come to an end.  For the first time in many years I don’t actually want to spoil the game, its impression on me has been that great.  Trion Worlds have really created something special, and I’ve yet to even mention Warfronts, questing or crafting, but only time will tell as to how well RIFT can cope against Guild Wars 2 and its free-to-play model.

I’m excited about RIFT and you should be too.