Just as I was lamenting that there are so many great games already that came out in 2011, many of which I haven’t actually had the chance to play yet, the Steam Holiday Sale starts up. You already know about this thing, I’m sure, because two nights ago when festivities began, the Steam client was so lagged that I couldn’t even figure out how the sale worked. I was staring at error messages.

Now, a couple days in, I can finally get to the point where Steam works well enough to allow me to give it some of my money. I shouldn’t do that, of course, because I have so many games I already haven’t played, but Steam is also encouraging me to delve in to some games that I already own. Play certain games, get certain achievements in those games, and I could unlock… coupons to buy more games. Okay, so, this isn’t going to help my backlog at all.

Over the next couple weeks I’m going to try digging through some titles I haven’t touched. I’m going to prioritize games that either line up with a Valve achievement, or that are tempting 2011 releases that I just haven’t gotten around to playing yet. And you’re so lucky, because I intend to write about the experience!

Yesterday, Dungeons of Dredmor, a game that I heard-tell was Tap-Repeatedly recommended, went down in price to a dollar twenty-five. I didn’t want to buy a lot of new games, but that seemed like a no-brainer. Now that I’ve tried it, I regret not getting it sooner. If you aren’t familiar, Dungeons of Dredmor is a roguelike, which is a genre of game which I like very much. I turned it on for a quick round this afternoon just to grab a screenshot, and before I knew what had happened I was on level 4 of the dungeon and I had skipped dinner. 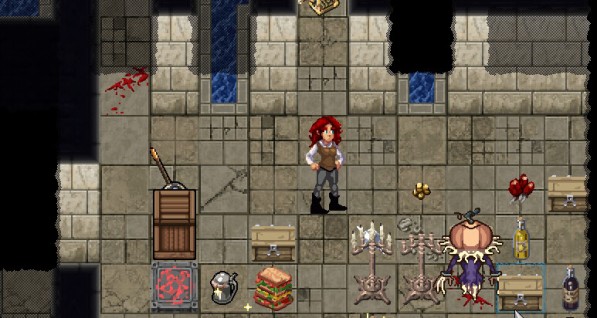 If you’ve never gotten in to roguelikes at all, this is a great starter. It has cute graphics, a user-friendly interface, and a nice sense of humor. It’s also a bit more forgiving than some of the classics; it’s possible to turn permadeath off, for example (though you should not do this if you want me to respect you). It also identifies items automatically and tells you their stats.

It does tend toward grinding a little more than, say, NetHack, because the food items are the same as the healing items. There is no separate hunger stat, so the smart thing to do is to clear an entire floor of treasure before moving on. There’s also no reason not to return to floors you’ve already visited, which you’ll want to do to access stores and vending machines from time to time. Of course, you can save and quit the game any time, which is nice, though I personally have had a very difficult time doing that.

A game that was on today’s Achievement list, Defense Grid: The Awakening, is somewhat less up my alley. When I saw it pop up, I was momentarily surprised that I even owned it, though I suppose I bought it when it was packaged in an Indie Bundle with some other games. Steerpike wrote a pretty good review of it when it came out apparently years ago, so definitely check that out! 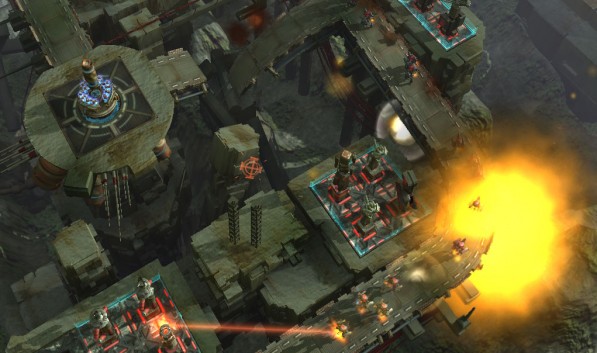 That screenshot has so much action and drama! But that’s a screenshot of me holding the F key down, to fast-forward the action, because I’m pretty sure I’ve got enough gun placements to get today’s achievement and now I’m just waiting it out. Now if you actually like tower defense, this is super-cheap right now and for the next eighteen hours or so, so you don’t have much to lose.

My thought so far about the new sale gimmick, is that while the deals are great if you see a game that interests you, you probably shouldn’t buy any games that you don’t really want just to get a chance at an easy coupon. Most of the coupons are a little on the weak side so far, and a few of them apply to games I already own. They’re at least tradable, though who would I trade them to? For example, I got a coupon for 50% off of any Valve game. If there’s still people out there who use Steam but don’t already own every Valve title (sometimes more than once), they’d be better off buying them now anyway than waiting until next year to use my traded coupon.

The potential prize of “every Steam game ever” is just so tempting, though. Even if it would make my backlog even worse.