I first met Amanda Lange about two years ago – until quite recently, she taught Game Design at the International Academy of Design & Technology in Detroit, Michigan, and I had the honor of being invited to speak with one of her classes. I don’t think Amanda expected me to ramble on for an hour and a half, but then again… she didn’t know me at the time. Now she does and is correspondingly more wary.

A longtime member of the International Game Developers Association and supporter of many local efforts and endeavors, Amanda’s moving to a new state soon on account of getting relocated, so we’ll miss her at the Detroit IGDA meetings. In the interim, though, she kindly offered to put together a Celebrity Guest Editorial on a subject that I think many Tap readers have pondered over the years. Take it away, Amanda!

How I Fell Into the Generation Gap

I’ve spent the last five years, give or take, as a teacher in the field of game development.  While development is a field that attracts gamers of all stripes, I would say that the majority of the students were young: fresh out of high school types, which is to say they were members of the “Millennial” generation born between the 1980s and today.  I’m on the cusp, but I’ve started to identify myself more strongly as a Generation X member as the differences between the generations became apparent.

The generation gap between Gen X and Gen Y gamers is discussed in our entry level games textbook.  The overall argument there is that, since Gen X is made up of “solitary, authority-hating loners,” we prefer games with single heroes, whereas Generation Y, which is all about cooperation, prefers multi-player games.  Like everything in an intro to games textbook, that’s an oversimplification, but I think it’s also somewhat missing the mark.

The gap between the gaming generations is also the PC/Console gap.  In some sense, it even mirrors the East vs. West gap that’s causing some difficulties for Japanese developers, who don’t seem to understand (or don’t believe they understand) how to appeal to Western consumers.

In the early days of gaming, those who really wanted to play a video game had to work for it a little bit.  The truly old-school PC gamer may remember magazines that came in the mail.  The first step was to type the game, in BASIC, in to the keyboard, before the step that allowed you to actually play it.  Some games felt like illicit things: a strange disk traded on the playground, which you had to boot up from DOS, which turned out to be DOOM, the mysterious game of which Congress did not approve. We also grew up during the times of slow-paced adventure games, where counting out a number system in base five to solve a series of puzzles, or hand-writing the components to a series of magical spells discovered by trial and error, may have been something you actually wanted to do.  For an action game of reasonable quality, you’d have to go to the arcade.  Even home console games weren’t simply plug-and-play; at the very least, you needed to read a manual before proceeding, and the old-style Nintendo Entertainment System with its spring-loaded cartridges is temperamental by today’s gaming standards.

There’s another gap which I believe fewer people are aware of, which I refer to as the RPG gap.  For an entire generation of gamers,  their seminal experience with games was not Space Invaders, not Super Mario Brothers, but Final Fantasy VII.  And that is SEVEN, specifially: the loud, colorful, musical anime-style spectacle with over-the-top sword sizes, long hair and leather.  No matter how you might feel about FFVII, its success changed the way a lot of gamers thought of what it means to play an “RPG.”  There are so many young gamers that grew up with Japanese RPGs only, to the point where exploration-heavy RPGs like Morrowind make no sense to them.  As a result, they’re less open to exploration-heavy games, but also much more open to a Japanese aesthetic, and don’t mind seeing a serious or even dark story paired with colorful, cartoonish graphics.  They’ve also come to expect a linear story, and have patience for even Kojima-length cut-scenes.

I’m not sure what percent of the U. S. audience this is. Maybe it’s not even enough for Japanese companies to make margin in the States.  On the other hand, I find the American JRPG fans to be so insatiable for their drug of choice that they are willing to spend a lot to get it, even with a meager level of disposable income.  This is likely the same group of gamers that are buying the quirky anime puzzler Catherine in droves.  They’re also populating the servers of even the most grind-heavy and punishing Korean-style RPGs, because they like the free-to-play aspect and the too-cute anime graphics.  For every gamer that complains about the brighter colors in the new Diablo screenshots, there is a younger gamer who would like to have pink sugar sprayed directly in to his eyeballs.

It wasn’t easy to find translated manga when I was a kid, but now it’s in every book store and possibly your local library.  And when I was young, I had to walk uphill both ways to play a video game, you darn kids.

…In all seriousness, my old cantankerousness about the evolution of the gaming hobby has been exaggerated.  I know that saying anything about “a generation” is a generalization about a large group, and there are always outliers.  And I’m actually excited that games have become more accessible to a wide variety of different audiences, and are available on so many different platforms. 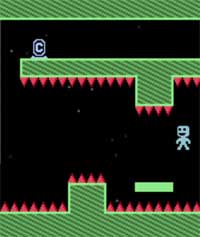 However, coming with that is a sea change in the type of games being offered.  Mass market games are easier, and they are more self-explanatory.  “Retro” styling in a game, such as in the indie platformer VVVVVV, is a useful signaling that the game is going to be difficult, because it’s going to be like the games that you as a Gen Xer remember (even if it’s informed more by modern design sensibilities).  Whereas if the game is new, shiny, and has been bolstered by mass-market hype and advertising, chances are good that just about anyone who picks it up is going to be able to complete it without much trouble.  There are a lot of reasons for this, but in part, I can’t help but feel like the simplification of mass-market games is due to a generation which feels more entitled to instant mastery.  Or, if it cannot be instant, at least let it be achieved simply: through hours of grinding rather than much thinking.

It wasn’t until I started spending a lot of time around younger people that I started to feel old.  Though old games haven’t disappeared and we can still dust them off and play them, it’s easy to feel like “they don’t make them like they used to.”  In some cases, where a game’s difficulty was because it was just unfair, or poor translation made it hard to understand, we can look back at this with nostalgia but then admit we don’t really miss it.  A layer of polish improves any experience.

But I worry that younger game players are missing out on deeper experiences.  When a game does come around that requires multiple playthroughs to understand, exploration of a world, or a lot of problems to puzzle through, instant gratification culture makes it easier to dismiss that experience in favor of a roller coaster ride.  As a result, people are worried that Bartle’s “Explorer” playertype, a tentpole of a thesis about “why we play” which is also mentioned in my introductory textbook, is dying out.  These players would rather listen to the story that’s told to them, rather than have a story to tell.

In that case, what stories will they be telling the next generation?  Are contemplative and exploration-driven game experiences going to be relegated to the older players from here-on out?  Or are my feelings about a generation losing its intellectual curiosity the same feelings every older generation has about the younger?  Maybe the works of the future will have to speak for themselves.  But what are your thoughts?

Being a nice person, Amanda will hang around for a while and participate in what I hope will be a very fizzy discussion!